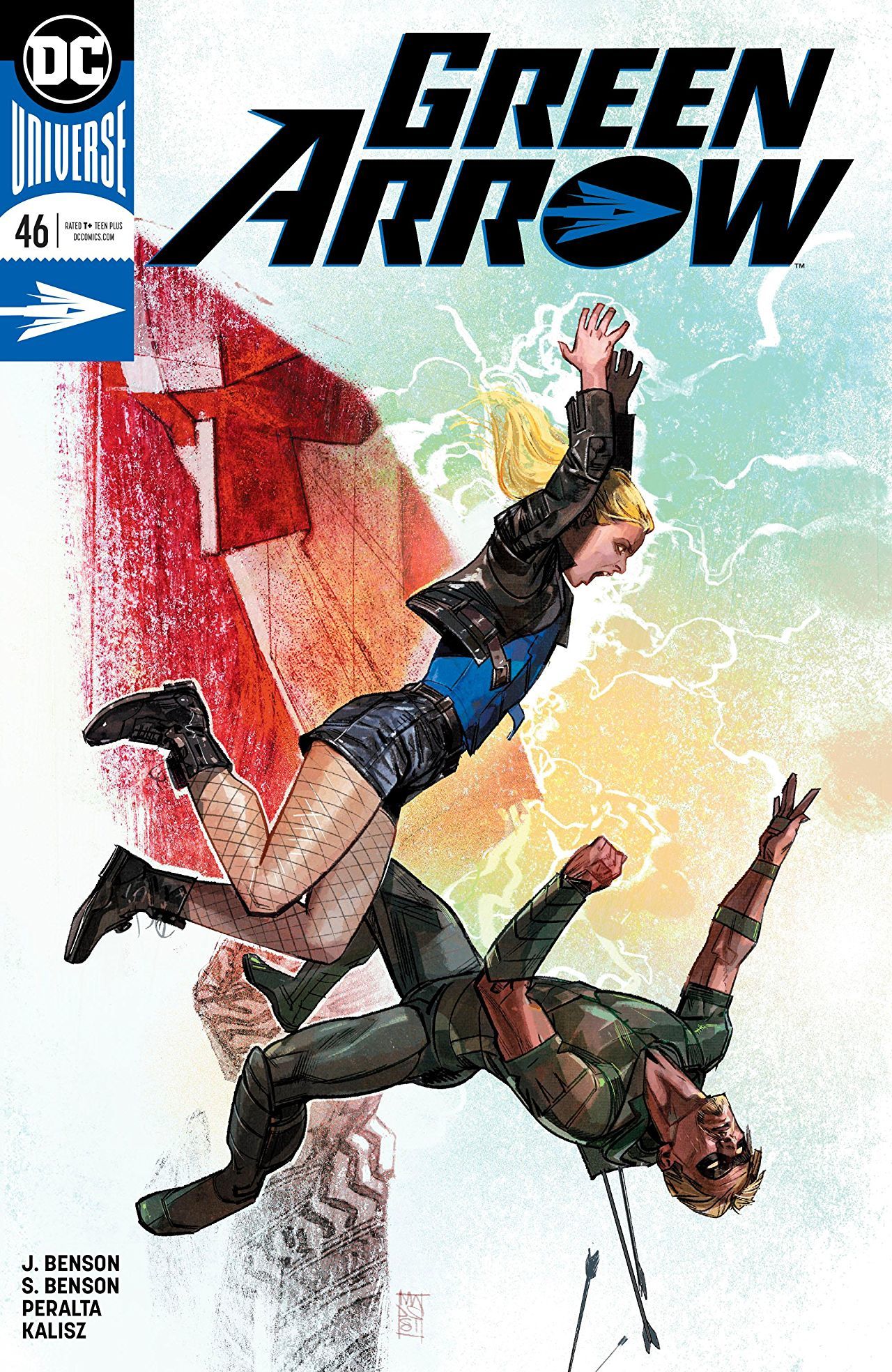 Despite tragedy striking the life of Oliver Queen, it can’t stop the work of a hero. The fight against the Citizen continues and we start to see the villain’s true colors. Once Dinah and Ollie get back from Roy’s funeral, it doesn’t take them too long to see the chaos his influence has on the people of Seattle.

Truth be told, getting the full reveal of the Citizen kind of strips away a lot of what made him compelling in the earlier issues. Once Oliver’s investigation reveals the truth, the Citizen becomes less of a man trying to deal out proper justice and devolves more into a narrow-minded villain in a petty rage. I get that writers Shawna and Julie Benson want to ultimately show that the Citizen’s true nature was evil all along, but it does a disservice to that gray area he was approaching at the beginning of this arc.

Another gripe I have with this issue is the backpedaling the story does to make Oliver look innocent. One of the most compelling aspects about the Green Arrow is that unlike Batman, he is not driven by vengeance but guilt. Oliver lived a life where he acted rich, spoiled and without consequence and that will always haunt him. So, it’s disappointing to see how the story handles the big reveal that his parents covered up him killing someone in a drunk driving accident. 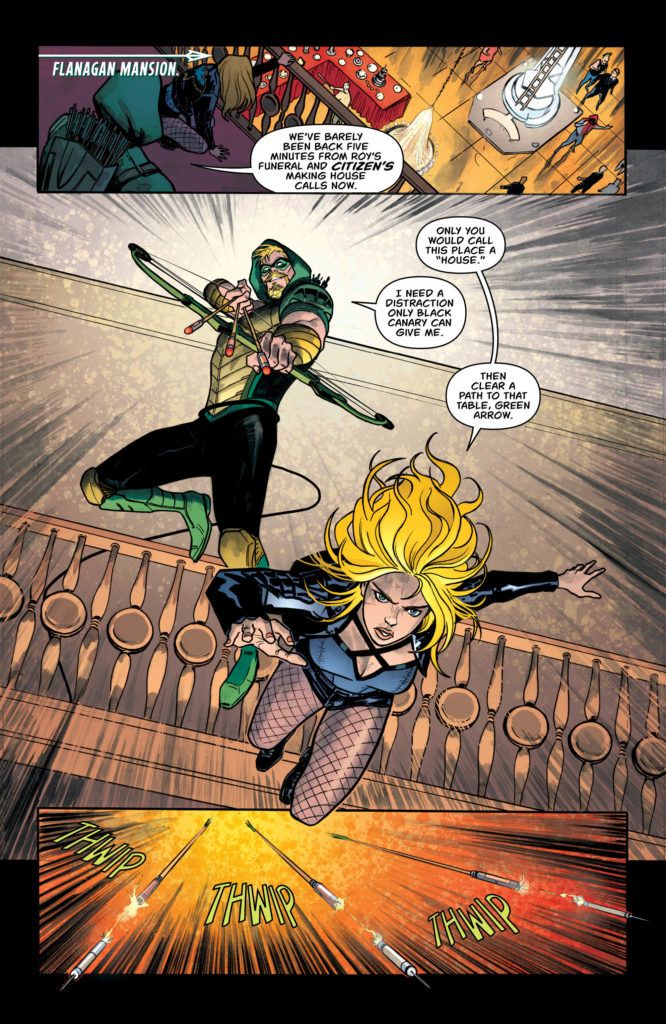 It’s not that surprising that the Citizen is able to weaponize the people of Seattle in Oliver’s absence. In most stories like this, people are sheep who will follow anyone who is influential, especially people with a big social media presence. The Citizen uses their anger at Seattle’s 1% problem to great effect as more and more people buy into his revolution. However, there feels like a missed opportunity to have the Citizen use the public against the Green Arrow.

Overall, the story could’ve handled Oliver’s past sins and the reveal of the Citizen a bit better. It feels like we’ve lost a bit of momentum. However, with the ending in sight, maybe this arc can end on a good note as Oliver plans to somehow take down the Citizen and regain the public eye.