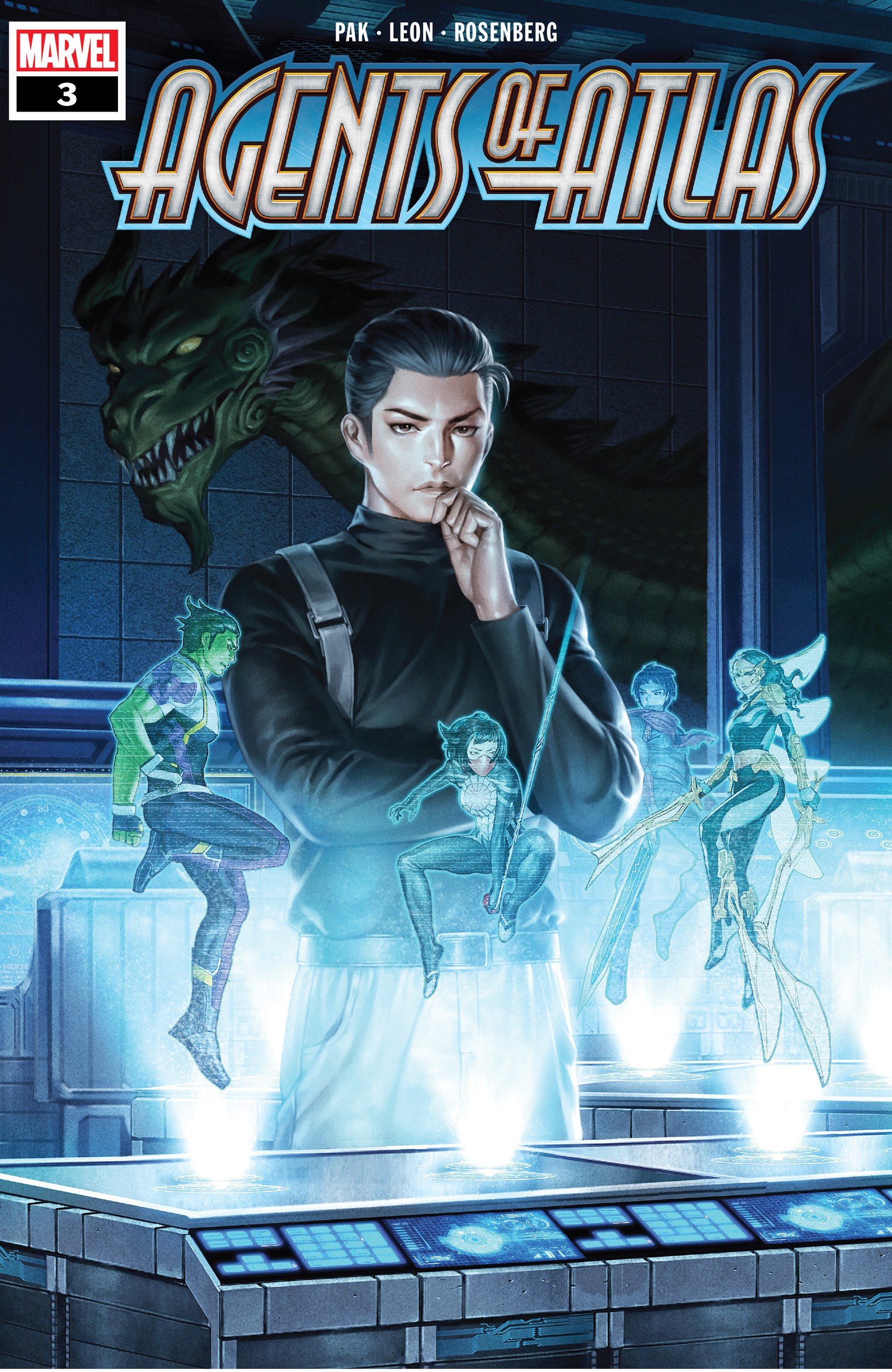 Agents of Atlas #3 is the midpoint of “The Portal City of Pan” story arc and Pak’s ensemble cast continues to shine as they deal with the aftermath of various locales being overlapped with one another. Governmental officials, CDC reps, and customs agents all start calling the antagonist, Mike Nguyen, who is very intent on making Pan a reality. 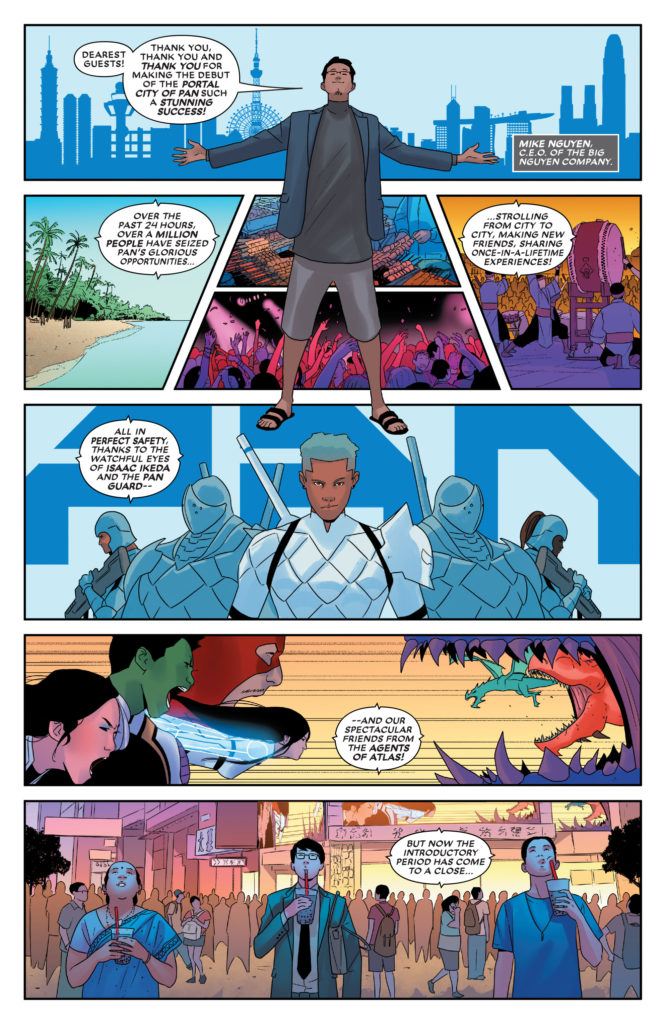 Mike Nguyen is a fascinating villainous character, if only because he is born out of a capitalist notion of profit. Any notion of altruism is tainted by his obsession with dollar sales and units sold. Do we have empirical proof that he has actively hurt people? No, not yet. Do have plethora of evidence suggesting that he is willing to hurt people, stage events, and otherwise ignore the will and want of other individuals in order to fill his wallet? Yeah, plenty of that to go around in this comic. Mike Nguyen is an inventive riff on the billionaire super villain, and threatens the Agents of Atlas on a personal scale which makes for some solid moments.

As the image of Luna Snow and Brawn kissing gets put on every billboard in sight, they have to deal with interpersonal dynamics impacting their mission to protect the general public while also contending with the Protector of Pan, Isaac Ikeda, clear contractor for Mike Nguyen. Although, he does come in handy for some of the troubles.

Pak writes a compelling mystery about the true nature of Pan and the team dynamics of the Agents of Atlas. It’s a compelling cast that each has strong voice despite limited panel time and the art is just wonderful. Leon illustrates the cast lovingly and has fun with the wide variety of powers and set pieces and which pops off the page like in Agents of Atlas #1. 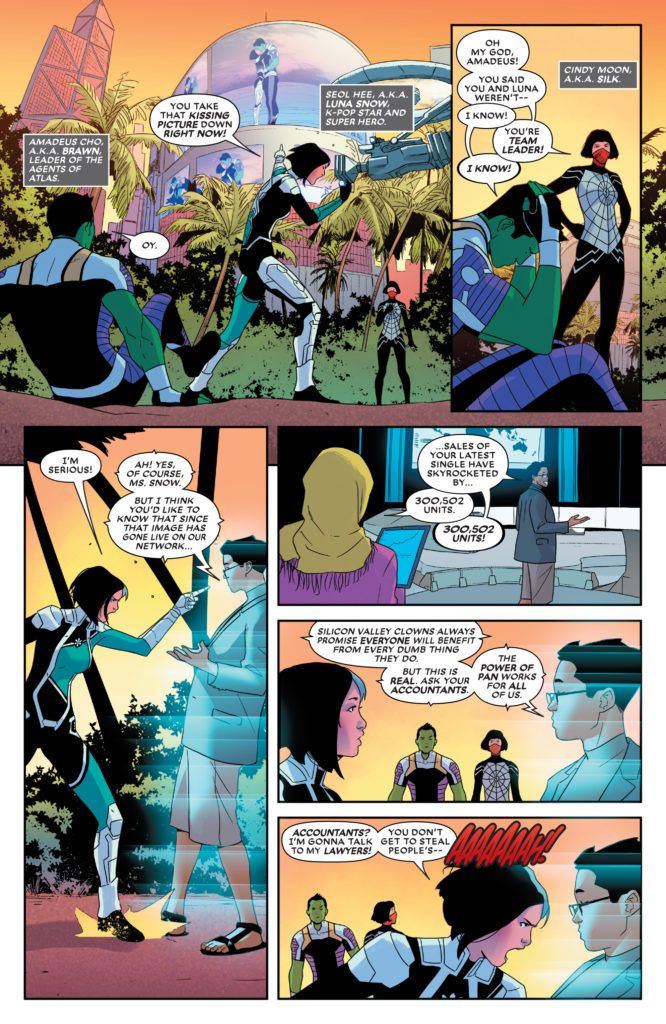 I’ve always been here for more Pan-Asian and Asian American superheroes taking charge and Agents of Atlas #3 gives me that in ample dosage. It hits different notes than any other ensemble comic on the market and is an incredible amount of fun and intrigue which keeps me invested every month.