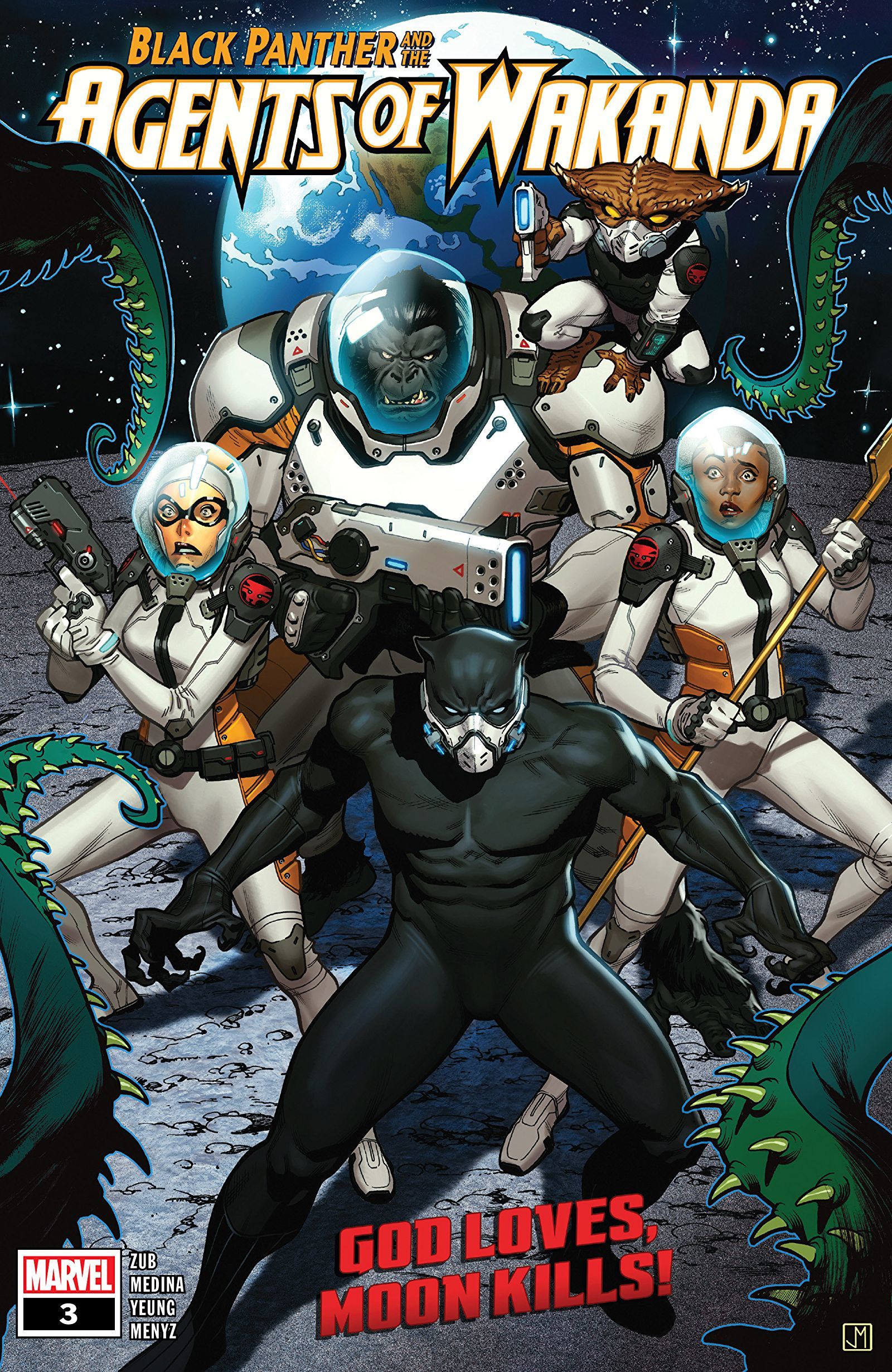 There’s something special in the Agents of Wakanda book. Between the Avengers and the X-Men there are soooo many heroes who have been created in Marvel’s extensive history. Yet, every book seems to use the same handful of characters. I get why, though. I don’t know how many sub-par books I’ve stuck with because they showcase characters I like. It takes talent to take characters that are obscure and unpopular and create a compelling story so kudos to Zub and Medina for taking care of business. 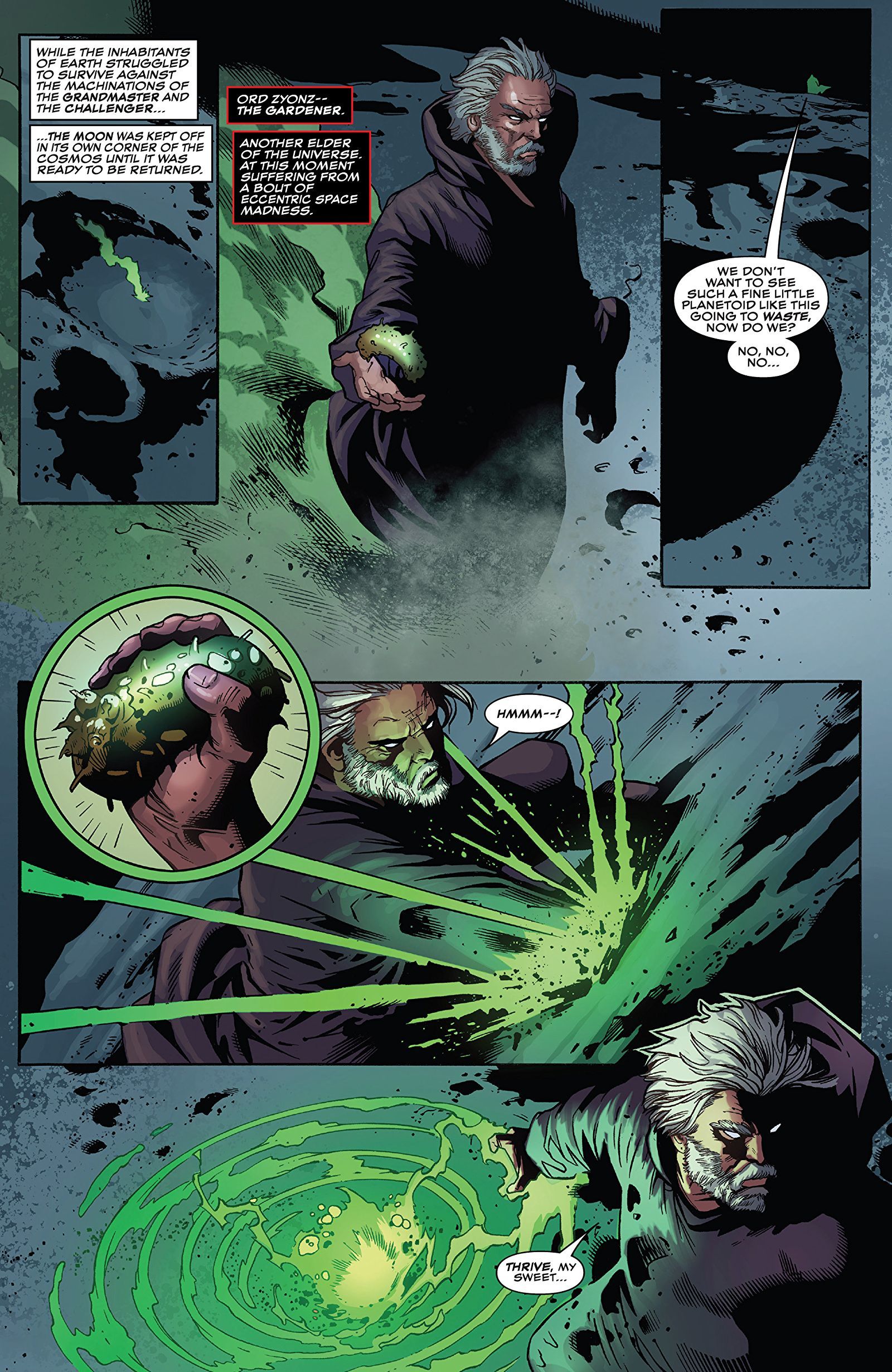 Last issue I fell in love with Fat Cobra. This issue has the agent I was most excited about since the team was announced — Broo. I love this super smart and loyal Brood mutant from Jason Aaron’s Wolverine & the X-Men and the Astonishing X-Men from the 2010’s. Here, Broo and Gorilla Man are setting up a surveillance system in space when they notice something sinister on the Moon. Back on the Wakandan Helicarrier, a new potential agent is getting the pitch to join. In classic pilot episode fashion a distress signal interrupts her tour and she joins the Agents to check on Broo and Gorilla Man. 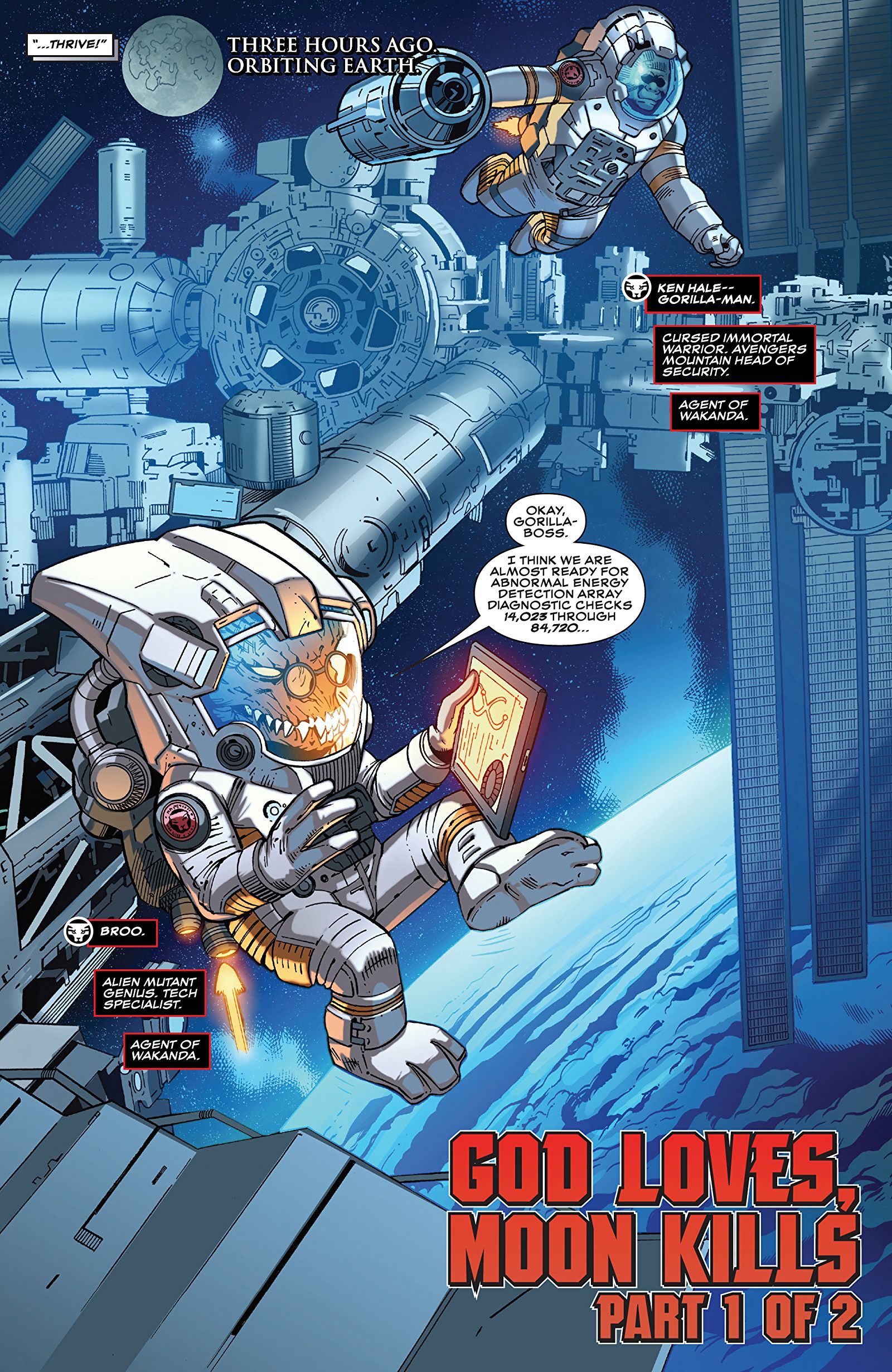 I’d also like to give props to Medina’s handling of Black Panther. We got a little insight to his emotional side when he accesses the spaceship. The verbal password? Ororo. I legit swooned in the bar I was at. In addition to the joy Broo brings I got a kick out of John Jameson, the Man-Wolf. I love werewolves in general and Jameson has this charming ineptitude. There’s a tongue in cheek comment about making mid-fight scene jokes that’s immediately followed by Jameson’s much more realistic response; repeatedly swearing. This book is just all-around enjoyable and Medina’s art is on point. In a comic book world dominated by A-list heroes, it’s great that more obscure characters can get some love from talented creators.

Reading Agents of Wakanda? Find BNP’s other reviews of the series here.