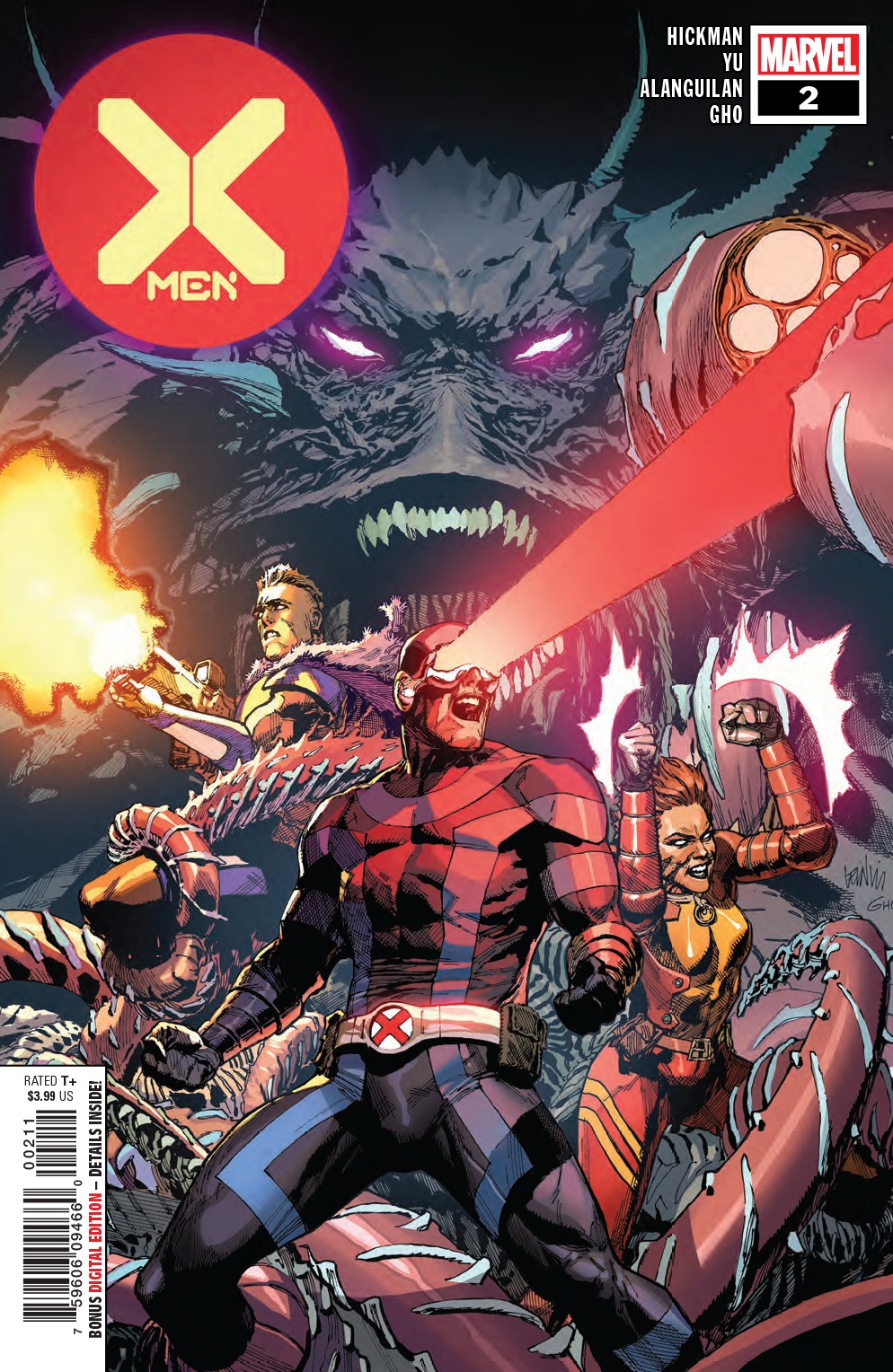 Kanye said he was doin’ 5 beats a day for 3 summers. Well, Hickman got fine beats on monsters for 3 Summers! Real talk, this issue was written specifically for Omar, Brandon and myself. We stan the undisputed leader of the X-Men and this whole book was basically the greatest family vacation in mutant history. Not only did he prove himself to be a tender and loving father but Scott and his children put on a beast slaying clinic of epic and sometimes hilarious proportion. Then in classic Hickman fashion, all of our thoughts about what was happening and where these creatures stemmed from were turned on their heads. 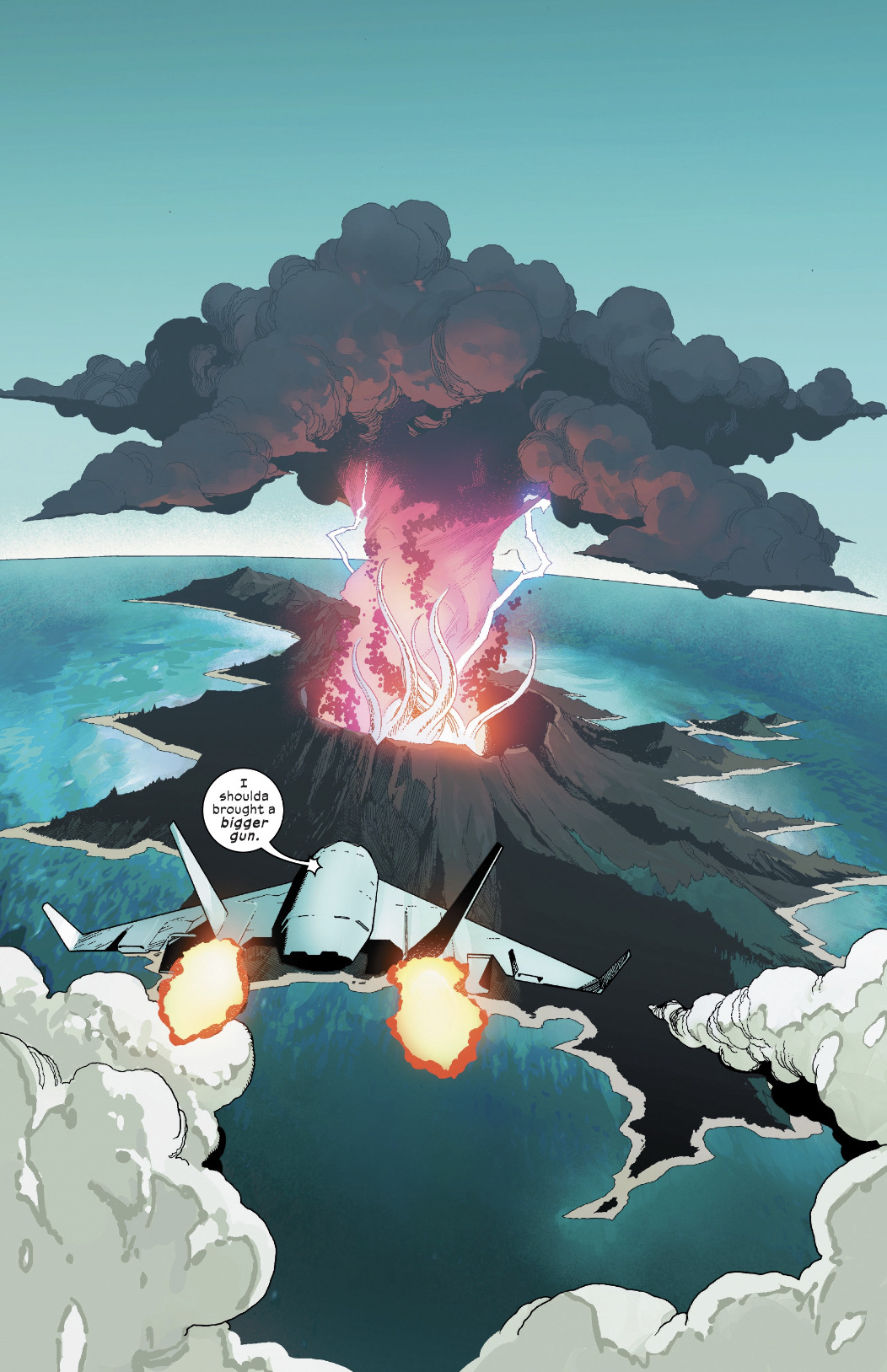 We’re thrown right in the middle of some classic leader of the X-Men duty, and who does he recruit for a lil monster stompin’ mission? Prestige and Cable, of course. They have to ride out to an “other island” that just appeared. Krakoa is making a fast line for the new island, having apparently decided it wanted to bring the smoke to its front yard.

Meanwhile, on said new island, a mother speaks to her pale son (anyone else getting Children of the Sun vibes?) about this place. Named The Arak Maw this place is soft and filled with trials that he is not used to. He is advised of only one thing: Find HIM. Follow HIM. Oh and “Do not fail.”

Eventually, we find out that this is the lost island of Arakko. To be honest I had a feeling something of the nature was going to be the case, after Cypher dropped that wild history bomb in Powers of X #4 about Krakoa and Arakko being one entity called Okkara. 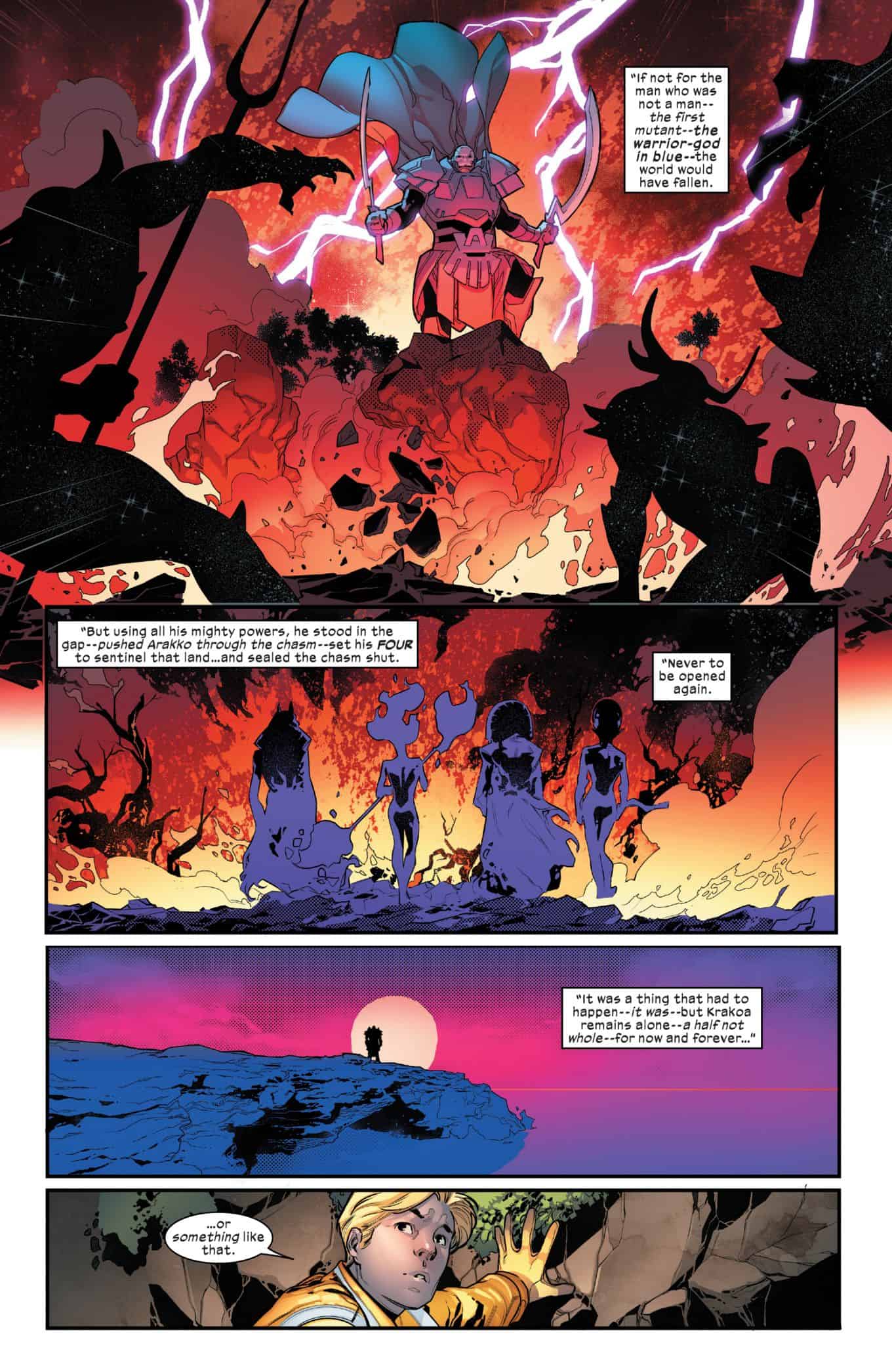 POX Backstory: Okkara was split when “The twilight sword of the enemy tore the world asunder, and what was one became two.” If it wasn’t for Apocalypse (• –|A|– • if you nasty) and his Four Horsemen, everything would have been lost. “The warrior-God in blue” and his team sealed the enemy away but it left Krakoa alone, “a half not whole — for now and forever…”

After a taste of some roast squid, our wholesome Summers family finally comes across this mysterious human like being (that the clutch data pages tell us is a Summoner). I love the genuine curiosity on both sides of this encounter. Cyclops is steadfast in his inquisitive stance. Prestige gives us some good auditory imagery in her thinking, and sweet sweet Cable, in his bountiful glory, does only what he can do. He extends an olive branch, and the resulting outcome is a tantalizing interaction. 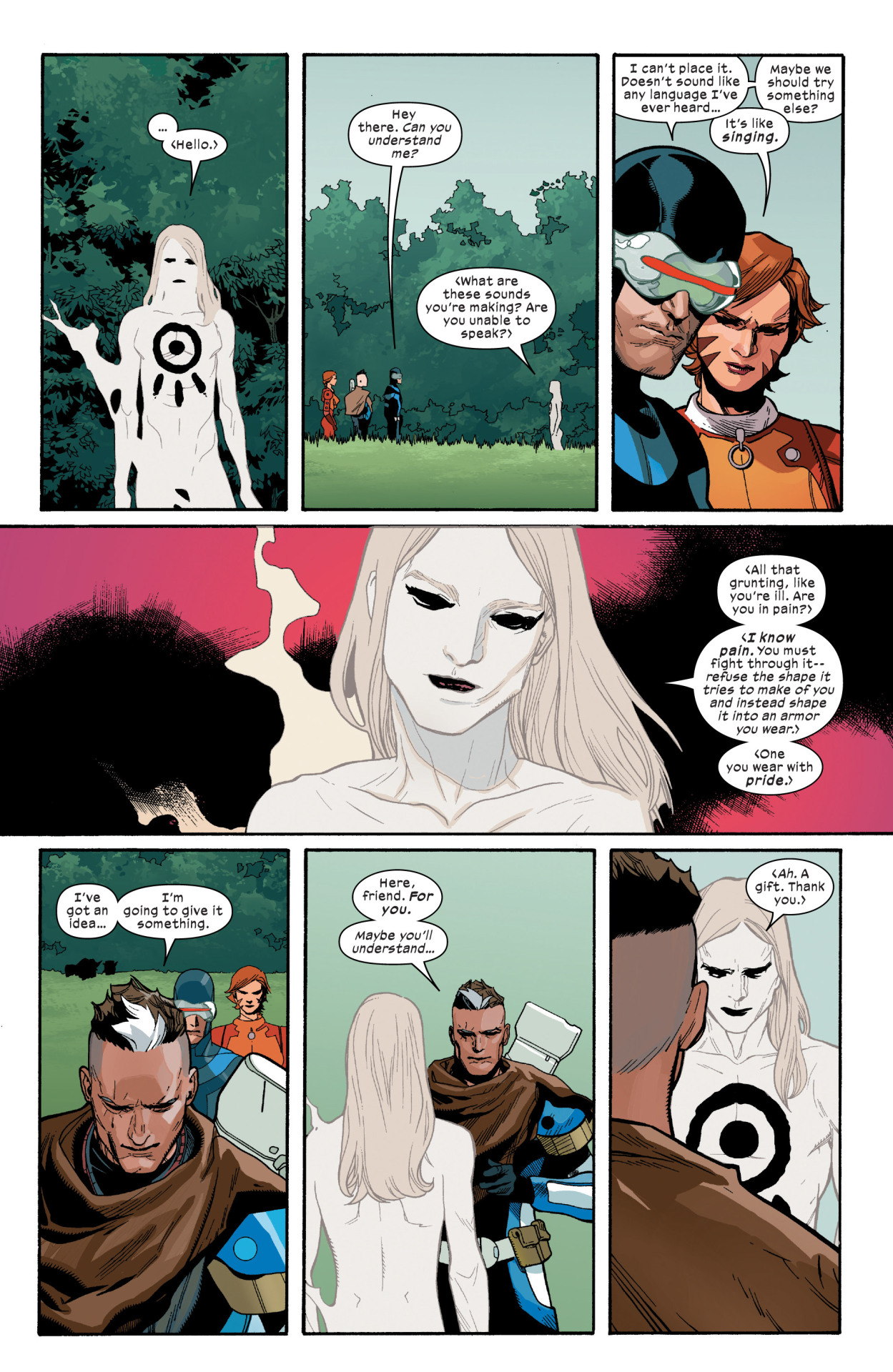 Hickman really has set up an incredibly intricate series of X-Men books that are damn near must-reads if you want to keep up with this wildly ambitious story. The prime example is the fact that in last week’s X-Force, Professor X was seemingly murdered by some badass mercenary type cats who infiltrated the island and sniped that boy clean of this Earthly realm. All it gets is a brief mention of how “drama filled” everything was yesterday. I know resurrection is very much on the table but this just proves how crazy each moment of the foreseeable future will be. It gives me hope that all the major scenes in this tall tale will be given the full issue treatment. Sometimes that means they’ll happen in a different X-Book, and everyone should be ready for that.

9 Thermal Grenades out of 10