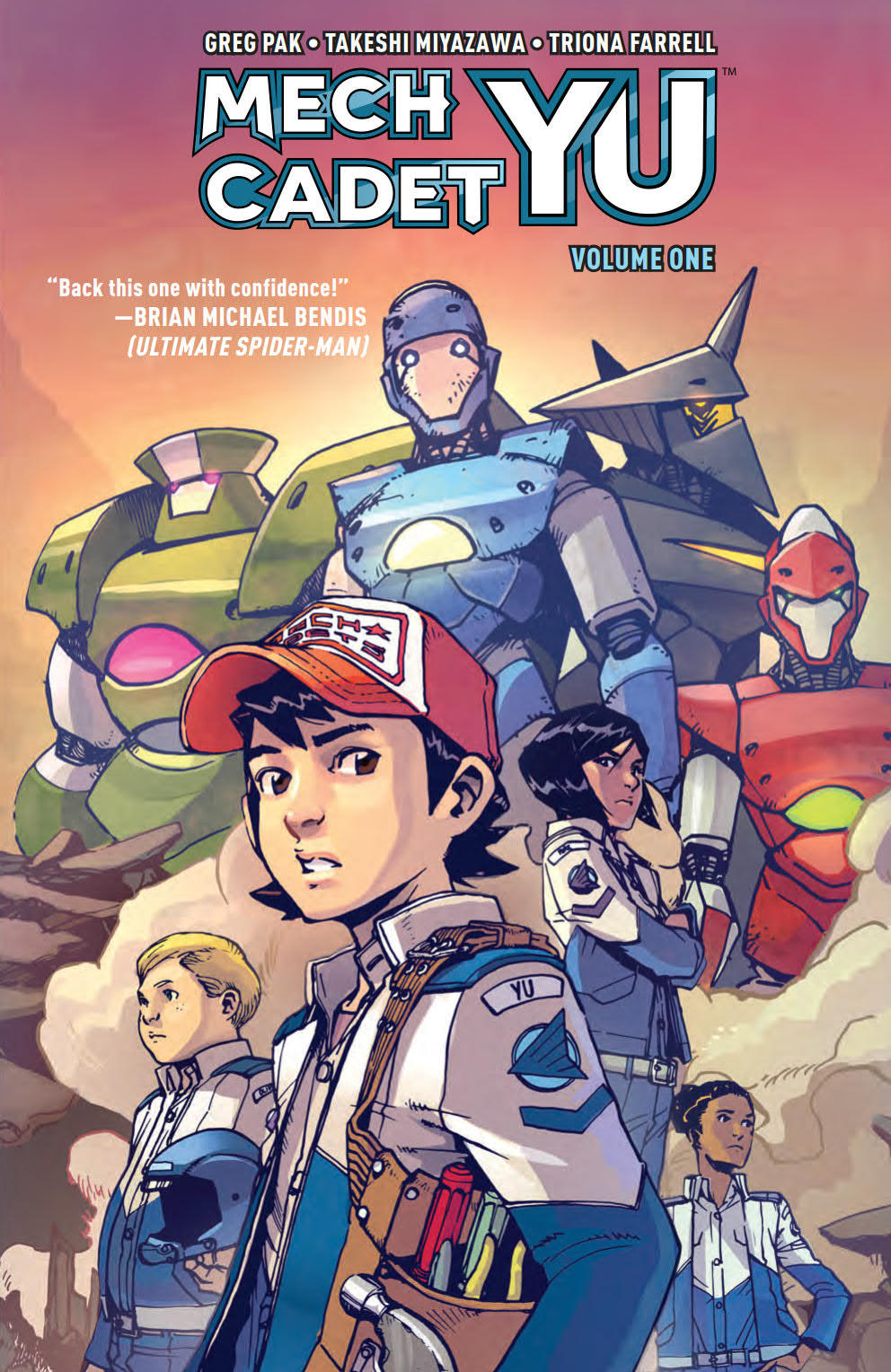 The easiest way to describe Mech Cadet Yu would be a combination between Ender’s Game, Neon Genesis Evagellion, and maybe a tad bit of The Iron Giant. However, to describe the series like that is a massive oversimplification that does not properly convey the joy and hope Pak and Miyazawa bring to the page. Mech Cadet Yu sets a new standard for giant robot versus giant alien monster story. It’s simply that good. It got a glowing review from us back with issue number one. 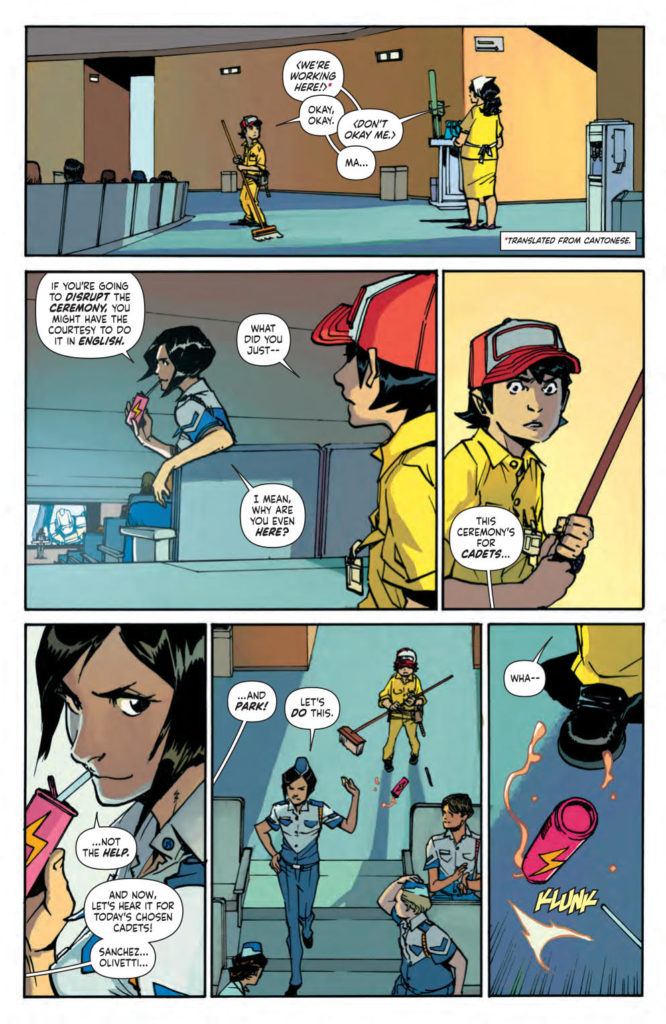 In this world, three giant robots descend from heavens on an annual basis and form empathetic bonds with humans as they defend the ominous Sharg. Our protagonist is Stanford Yu, a janitor who works alongside his mother at the Sky Corps Academy in Arizona, who desperately wishes for the chance to rise above his station and do more than just clean the facilities. Of course, most of the kids his age don’t believe he’ll ever amount to anything of note, in particular Cadet Park, daughter of the general and ace pilot in the making. 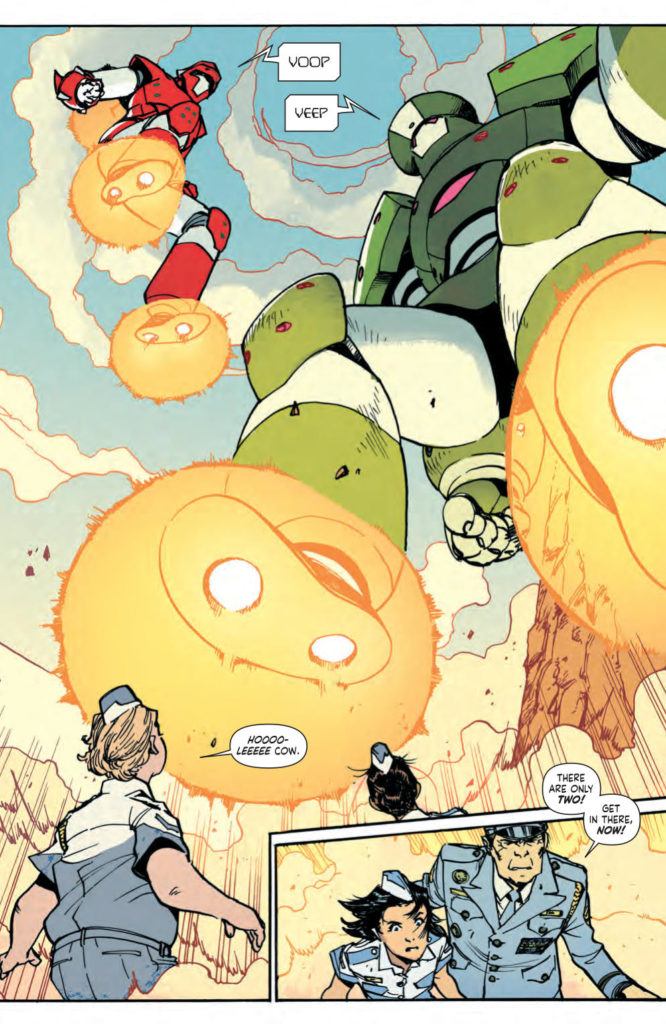 Yet, when the robot selection time comes only two robots appear and select Sanchez and Olivetti leaving Park mech-less. And conveniently, Yu is working off his anger and resentment when he inadvertently bonds with the third robot of the group. While he is glad to have a new robotic buddy, aptly named Buddy, he is pretty much the only one. 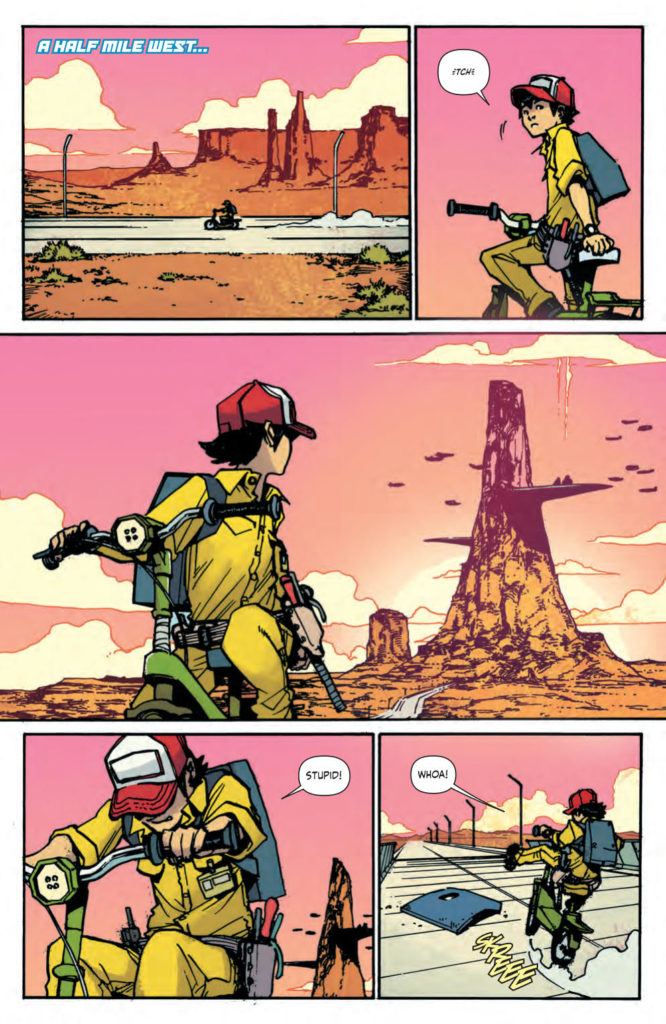 Thus sets the stage for the rest of volume 1 and the series as a whole. I absolutely adore everything about the comic. From its working class Chinese protagonist to its diverse cast of characters that populate the world, Mech Cadet Yu tells a story that portrays a better world where background is incidental but important, where kindness is valued just as much as tactical knowledge. Even amongst giant aliens invading Earth and the military operations dedicated to defending humanity, Pak writes from a place of wonder and resolve. Whether it’s the fabled hero Skip Takana’s rousing speeches or Yu’s earnest urge to help everyone, there is a sincerity about being virtuous when it’d be all too easy to be cruel. Cadet Park provides an interesting counterpart to the gleeful Yu, and their budding rivalry is a brilliant arc amidst the grand scope of the Sharg war.

Miyazawa’s artwork is wonderfully realized from each of the cadets to the mechas they pilot. There is a visual style that is wholly unique to Mech Cadet Yu, and it’s just nice to look at. The robots are sleek and pop off the page, while the Sharg are dark, menacing figures that evoke the exact type of nightmares an alien species bent on destruction should look like. 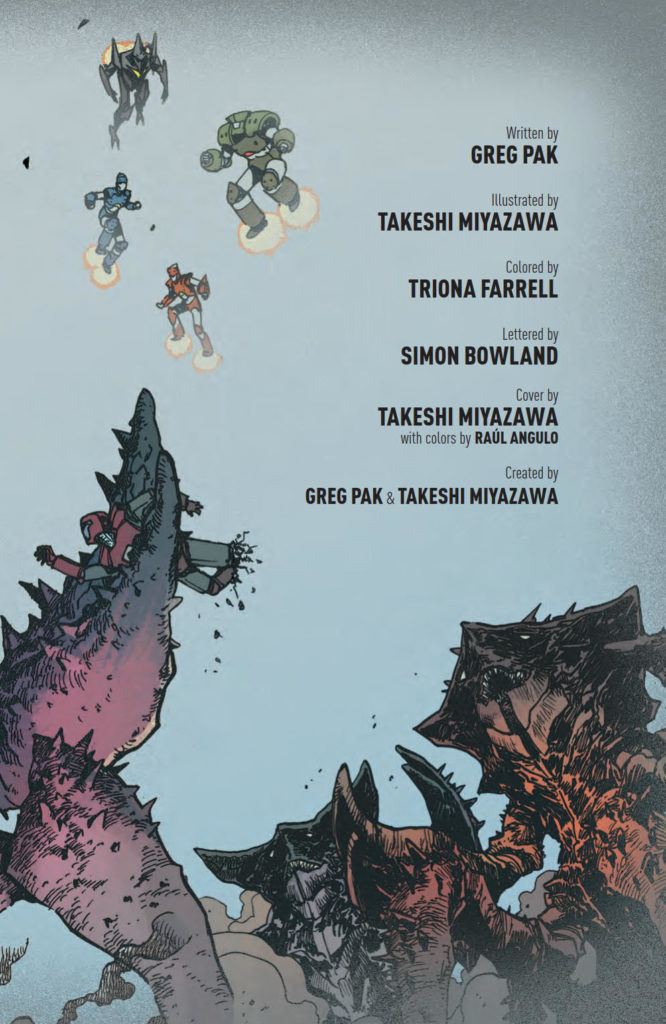 Mech Cadet Yu, Vol. 1 is the brilliant synthesis of strong worldbuilding, convincing character design, fast-paced narrative, and gorgeous set pieces. If you have not been reading the single issues, you owe it to yourself to pick up a copy of this magnificent piece of fiction. And if you have been reading the single issues, you should still pick it up because the collected volume also contains the original story that inspired the series. Pak and Miyazawa have found this balance of elements that makes the story absolutely endearing, and I’m not sure I can recommend it enough.