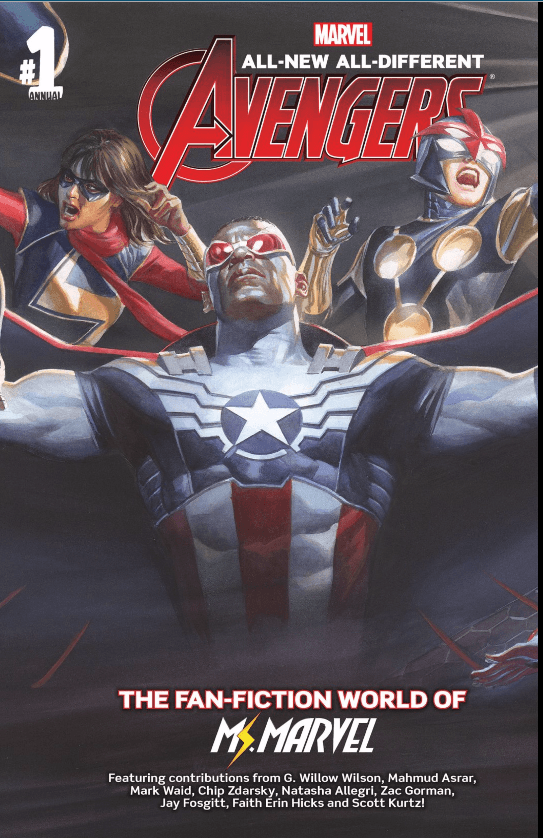 *On the byline above: This is a compilation issue, with 6 writers and 7 artists, each contributing a story. More details below.

Here’s the set-up: Kamala Khan is an avid reader and writer of fan fiction. She comes home after a bad day, presumably of trying to not have that mommy/daughter fight with Captain Marvel that we all know is coming, and sits down to write a little Wolverine/Storm fanfic, only to see this: 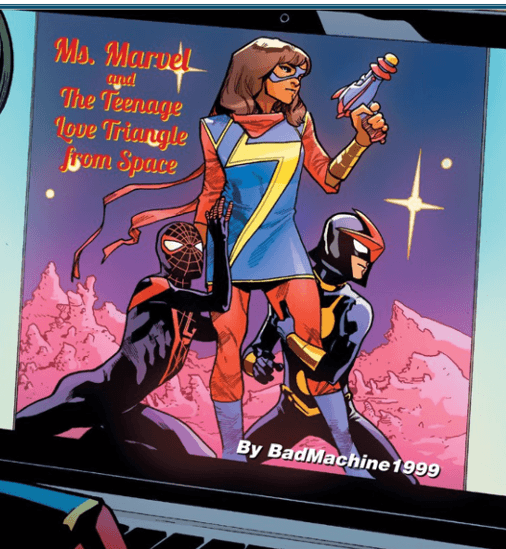 What follows are 6 short stories, each sending up a different fan fiction stereotype to perfect results. The Table of Contents is a mix of writer/artist teams ups, from Eisner award winners to people who mostly work in television animation to webcomic pros. Here’s the full list: 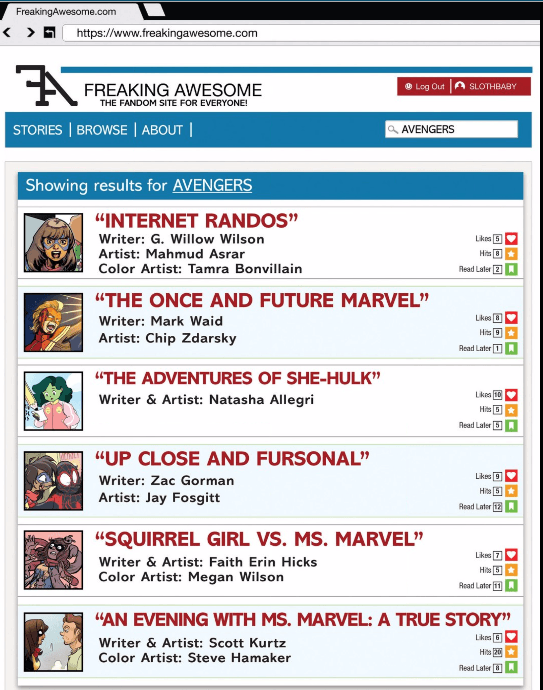 [check_list]Mark Waid and Chip Zdarsky go in on revisionist dude bros who want to bring back the original Captain Marvel (read: the male one) and put our girl Ms. Marvel back in her place.[/check_list]

[check_list]Natasha Allegri brings a delightfully pastel She-Hulk and the Blob horror/romance story that will make you believe in love again.[/check_list] 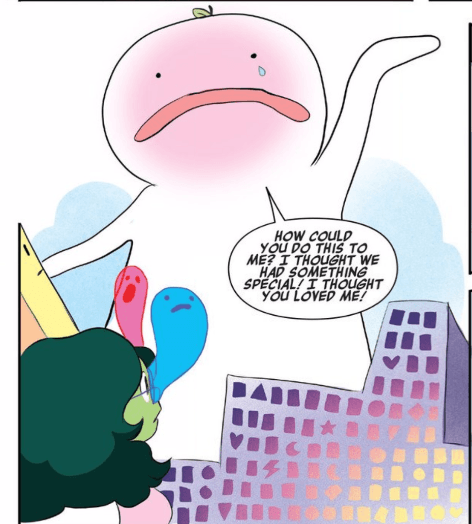 [check_list]The team of Zac Gorman and Jay Fosgitt contribute a quirky animal tale of Hss. Marvel and The Spectacular Spider-Mole. You can laugh, but someone is currently somewhere writing fan fic of Ms. Marvel as a horse who can embiggen her hooves. YOU KNOW IT IS TRUE. And someone would read it.[/check_list]

[check_list]In the team up/smack down we’ve all been waiting for the Unbeatable Squirrel Girl goes squirrel horde to invulnerability with Ms. Marvel written by Faith Erin Hicks and drawn by Megan Wilson.[/check_list] 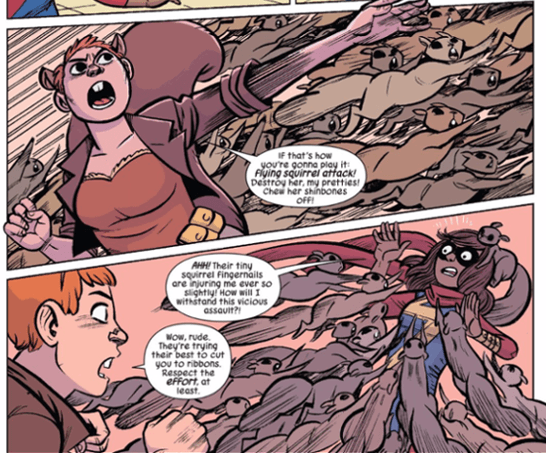 All of the tales are funny and include their own commentary on the fan fiction field, so the more fan fic you’ve read, the funnier they are. Each is drawn in a different artistic style, which adds to the charm and allows the artists to showcase their signature styles. Marvel has done a few similar collections in the last year — the recent Civil War II: Choosing Sides comes to mind. This is the best of the type I’ve read because of the variety of creators and their adherence to the same theme: that fan fiction is fabulous, addictive, and inherently hilarious.

Y’all this comic will make it okay. This comic will clean your kitchen, wax your car, line up your eyebrows, and iron your clothes. This comic is witty and biting and on point. This comic is like Twitter without the Trolls and the Trump. It is what I needed this week, and may be what you need next week. If you’re a Ms. Marvel fan, or a fan fiction fan of any sort, this needs to be in your collection.