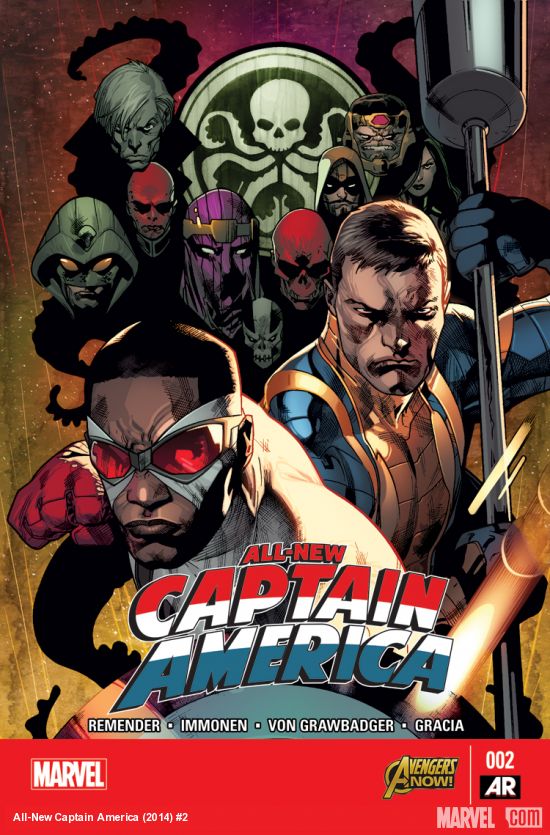 Nerd moments and proud black moments alike make me happy. But proud, black nerd moments make me do parkour flips in my living room like Roy Harper in CW’s Arrow.

If anyone that hadn’t read comic books before came up to me asking what they should start with All New Captain America is on the short list I would give them.(The independent, mind-bending stuff comes later. I don’t want to scare anyone off too soon.) It’s not too far from the MCU that everyone’s familiar with and it explains itself enough where you have no problem catching up.

The best thing about this issue, besides a black Captain America, is… nothing.

The symbol of American freedom and defense is now a black man. Even with the current strength of racial tensions in America, this makes me forget about it all for ten minutes or so.

The best thing about Sam Wilson, formerly known as Falcon, as Captain America is that he’s still learning how to hold down the mantle and is underestimated by everyone, including himself. He goes out of his way to prove himself and bear the weight of the massive chip he has on his shoulder. Something everyone deals with at some point. 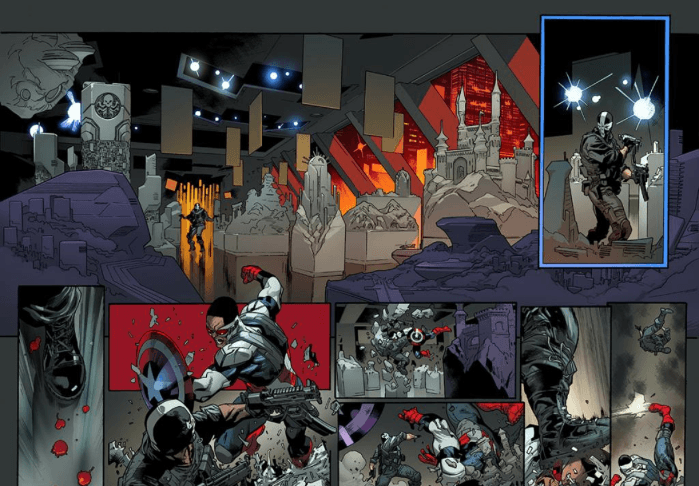 Due to overcompensating, Cap makes rookie mistakes. His natural skill and years of training help him work his way through. And when that isn’t enough he gets a strong black woman to help him out.

The flashbacks of Sam’s upbringing are still very appropriate but should start to disappear as the series goes on. For right now, it’s a great tool to use for those unfamiliar.