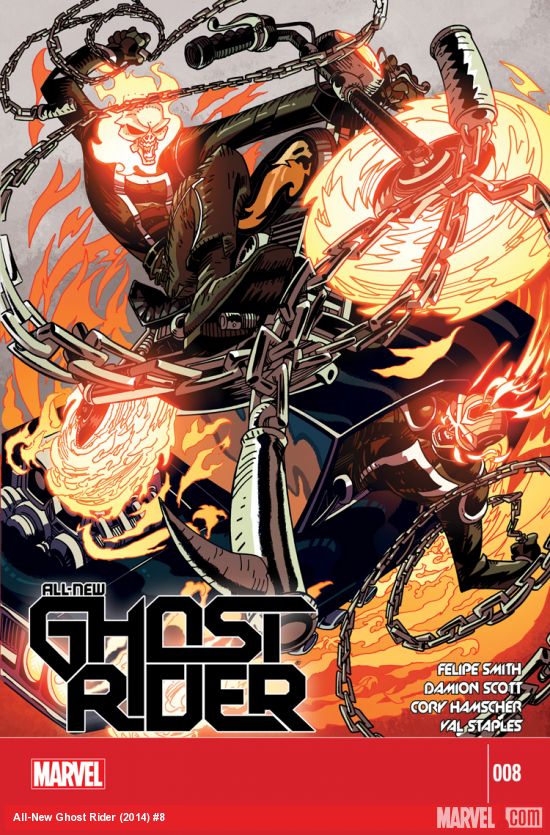 This was the throw down we been waiting for folks. Johnny Blaze vs Robbie Reyes/ Eli Morrow. This wasn’t a disappointment either. The battle is a bit brief but Johnny Blaze was not here for the fuck boy shit. He took it to Robbie and Eli Morrow. Speaking of Eli, we learned some of his past from Blaze investigating his background. Turns out Eli is a satanist, a murdered and a shit load of other horrible things. Oh yeah, by the way, Eli has now gained full control of Robbie’s body somehow. So there’s that. Meanwhile, The Blue Krue gang is running amok on the streets popping Hyde’s pills like no tomorrow, praying they run into the Robbie and Eli tag team again to stomp’em out.

We later see the MOOOOOOOOOOST HEART BREAKING scene in the whole book as Eli comes home and goes about tearing the house apart looking for this box he stowed away. He tosses the bed that has Gabe on it with no regard at all then proceeds to leave to handle his business. Of all the happenings in the book that scene is the haaaaaardest to fucking read through man. Felipe Smith took a sledgehammer to every emoticon I could try to use to even describe the scenes. Especially when Gabe is left all by his lonesome saying Robbie is the best to his toys trying to make sense of what happened, as he fucking struggles over to the fridge to get something to eat with the majority of food being out of reach. 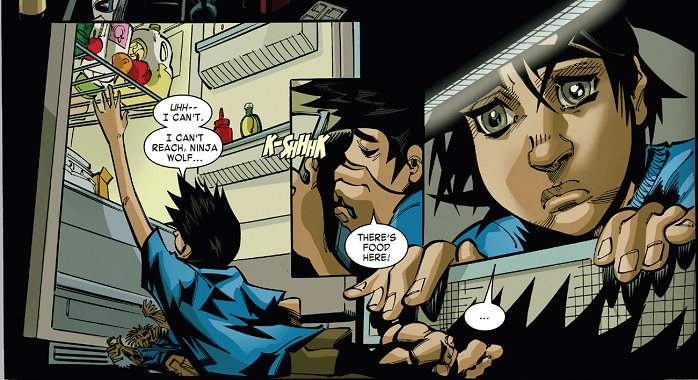