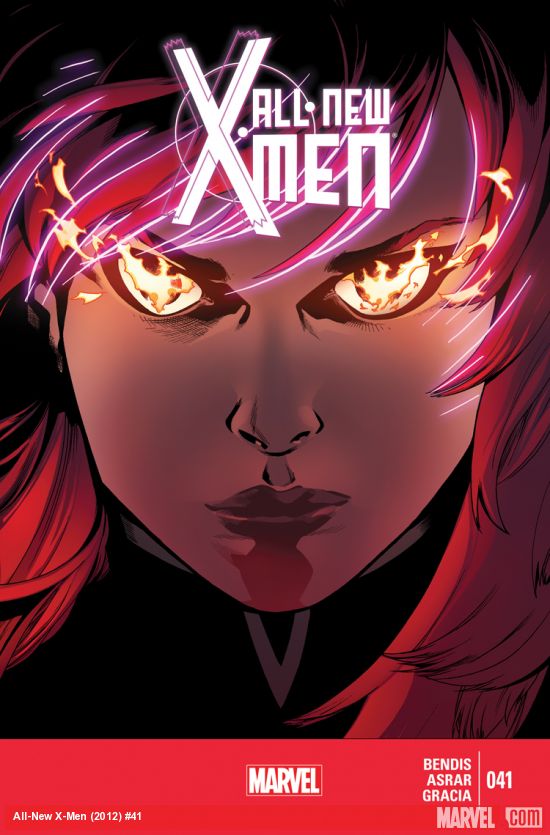 There have been a small but vocal element of Marvel readers that feel somewhat cheated that, to understand what’s going on in Secret Wars, you supposedly have to read the entirety to Jonathan Hickman’s Avengers and New Avengers. Ultimately, Secret Wars is completely accessible without reading some 60+ comics, but good luck telling its detractors that. I said all that to say that if you’re not fond of this kind of storytelling in your comics, All New X-Men #41 might upset you a bit. 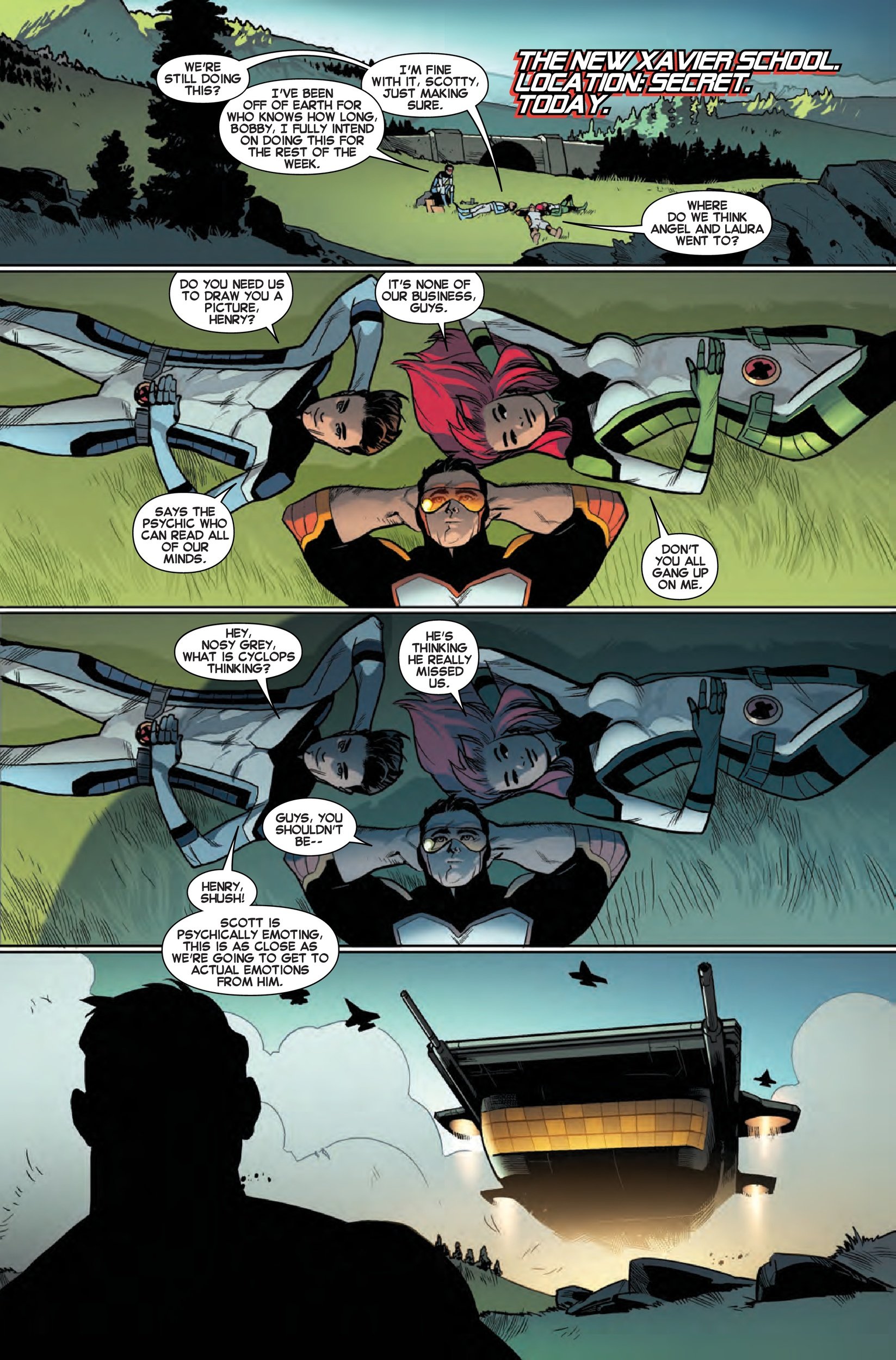 As far as a “business as usual” installment of the series goes, it’s a perfectly fine book. The X-Men head to their former sanctuary, Utopia, to have words with a few mutants who’ve been giving SHIELD a hard time. Theme wise, the story lines right up with the kind of thing Old Scott Summers has sought to protect his people from: Mutants just trying to get along on their own without being labeled threats or terrorists. Bendis does a pretty good job of delivering on his ongoing theme of minorities minding their own business and being attacked by law enforcement, despite it sometimes being maybe a little too blatant.

The rub is that, for intents and purposes, this is the final issue of All New X-Men. We won’t be seeing the original five again until Bendis’ big finale in Uncanny X-Men #500 where he’s going to, presumably, tie off all the X-plots in one go. If you just want to read one more good X-Men book, fine. It’s a pretty respectable issue. If you were looking for a good “finale”? …meh. You won’t be terribly happy with what happened here. As far as the art goes, Mahmud Asrar has done well throughout the series, getting progressively better at the aesthetic Stuart Immonen laid out for the book, but I can’t help but feel like he missed a step somewhere along the way in this one. The paneling felt slightly sloppy and there a couple of times when I couldn’t quite follow the action as well as I could have.