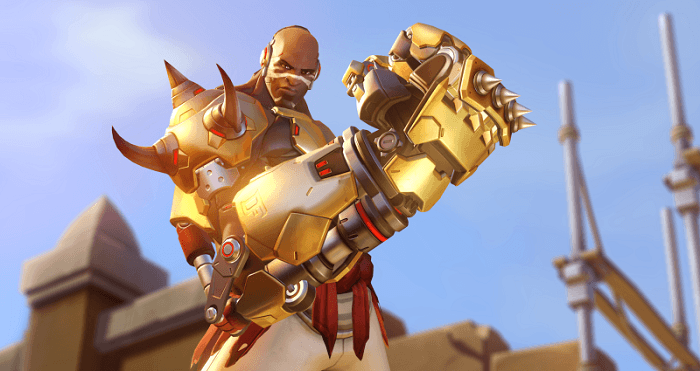 As an insanely loyal fan of the “shoot other people to accumulate sometimes useful but mostly cosmetic loot” PvP genre of gaming, I got addicted to Overwatch faster than it took for Black Twitter to drag Umar Johnson for whatever new fanfiction he wrote about himself last week. For a game that is a pretty barebones arcade-y FPS, it’s maybe the most addictive way that Blizzard could have thought to combine the comic bookish fun of Team Fortress 2 with the Smeagol level hoarding of Farmville. I’m saying all this to get my hypocrisy out of the way and admit that it’s pretty likely I’ll keep playing in spite of the following gripe.

Don’t get me wrong. I’m as elated as the next blerd that we’re finally getting to play as the long hyped villain of Overwatch mythos, Doomfist. I mean, the trailer looks hardcore as hell (He killed Tracer so he’s already my favorite). The test playing looks like this dude is probably the closest you’ll get to playing Overwatch with a Street Fighter villain. Odds are I will spend an embarrassing amount of money on every skin they have to offer. I’ll probably add whatever awesome quote he says to my Twitter bio. I’m so excited, I might tattoo it on my damn arm (don’t judge…one of our writers has the Green Lantern emblem, so there’s that). 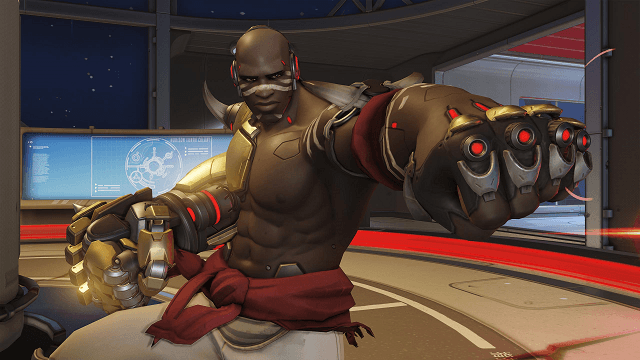 I don’t know if there was more money than Blizzard was willing spend involved. I don’t know if there were scheduling conflicts. I don’t know if they even truly asked him, but Doomfist isn’t being voiced by Terry Crews and damnit, I feel a certain way about that. I mean, I’m not usually okay with these campaigns where a celebrity goes on social media and low key begs for a role. After all, there’s a degree of privilege, resources and access that come with life in the A and B list which sort of catapults you to the front of the line when opportunities like this arise.

That’s how we end up with Chadwick Boseman essentially playing every prominent black character ever apparently. But I’d call this case an exception. Crews had been trying to get Blizzard’s attention for a while to the point where he won the fandom over along the way. I mean, look at this guy. If that’s not a bionic Terry Crews looking like he sold enough Old Spice to evolve into his ultimate form, I don’t know who is. So, yeah, thank you for Doomfist, Blizzard. But also…do better, Blizzard.