Altered Carbon is back on the block serving up heavy intergalactic pre-dystopian dulled-neon realness. Season one was a brilliant, gritty piece of sci-fi noir. Told outside of time with precision, intention and clear inspiration from Richard K. Morgan’s genre-bending book. The true brilliance of season one came from its presentation of the plot, unfolding slowly over time and never really telling you anything concrete until the very last episode. Season two does what a season two does and returns to places of deep significance to the narrative to a mostly predictable effect. 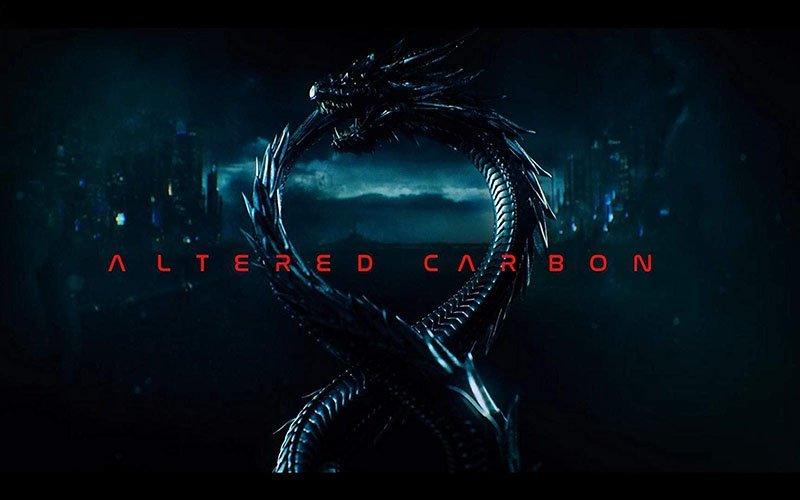 Not So Neon Dreams

Altered Carbon is known for its dark visuals and was off the bat compared to Blade Runner with its bleak, rainy, futuristic San Francisco (aka Bay City). Season two is kind of the opposite. Season one ends with Takeshi Kovacs (whose name is said WAY too much) on his way to find his boo Quelchrist Falconer on the planet Harlan’s World. So yeah, Harlan’s World is the complete and total visual opposite of season one’s Bay City. The whole thing is wild toned down. Almost muted visually. It looks like such an intentional departure from the vibrant and shiny fluorescence of season one, and it’s not a good look. The sets and muted colors give off a Star Trek Deep Space Nine holodeck type feel. This is in sharp contrast to The Next Generation holodeck, which was godlike (but I digress).

Visually, Altered Carbon almost gets it done. The action elements are a draw for the show, and season two is FULL of fight scenes. The choreography is okay, doesn’t remake the wheel and doesn’t push the envelope either. What I did notice was that some of the fight choreo was too ambitious for the main cast to keep up with. There are quite a few very noticeable takes where Anthony Mackie’s stunt double is doing god knows what insane movement, and you can definitely tell. The production value is still high, and there’s a consistent quality to the filming. However, if you’ve seen the earlier season, it looks like there was a dip in the budget for this one.

Black To The Future

So many of the lead characters in season two of Altered Carbon are either women or people of color, and it was refreshing AF. Anthony Mackie stars as the lead, a rogue soldier turned badass rebel, Takeshi Kovacs. Mackie really goes for it, with all of the range he can muster but he only hits a few of the notes needed to flesh out a character so nuanced they change actors each season. Mackie commands the moments of intense and brooding nobility that drive the performance of Takeshi Kovacs, but any other emotion feels flat. Which is especially wack given the levity that comes from his rapport with the well-intentioned and intrepid artificial intelligence Poe played by Chris Conner. There was definitely some dialogue in there (that the writing team needs to own) that Mackie did his best to convey, but by and large, it doesn’t allow him to leave an indelible mark on the character.

Netflix clearly looks out for its’ actors and we are graced with the casting of (my lord and savior) Simone Missick as Trepp, a legit lesbian cyberpunk bounty hunter. The sci-fi world has waited one or two lifetimes to see that character description come to life, well, I know I have. Missick does not disappoint, but it is clear by episode three that her skills are not utilized to maximum effect. Trepp comes across as Misty Knight in space, which is strange since Altered Carbon has an infinite capacity for anyone to play anything.  Missick’s performance falls short as soon as Trepp reaches the end of their emotional spectrum (which was very early in the season).

Quellcrist Falconer is played by Renée Elise Goldsberry and delivered one of the clearer narratives of the show. This is the first time this character has existed in ‘the present’ of the timeline, so there’s that. Falconer is a messianic type in the lore of Altered Carbon. Goldsberry does a great job of really grounding and filling out the physical mythos of Falconer. If you had any questions about why anyone would follow her into battle and away from immortality, you’re about to get answers. Falconer goes hard in the paint like lead in the 70s.

How Altered Carbon ‘Stacks Up’

After season one’s telltale reveal, all of the focus returns to the love affair between Falconer and Kovacs. As a viewer, I was at peace with getting this backstory. As it went on, I realized that the writing could not keep up with what the story needed to be great. This became more and more apparent as the season went on and almost point for point took the same direction as season one. There was a whole lot of exposition, double-crosses, some explanation, a bunch of questions about a character’s history and then, during the last episode, all the answers come to the surface. This was the exact same narrative arc and progression that season one had. Add to that the lines of cornball dialogue here and there and the length of said scenes, and it becomes easier to see the execution of Altered Carbon season two as an equally disjointed blend of Doctor Who and Equilibrium. Elements of both but never really achieving either. Perhaps having different directors for each episode added to that dynamic. To be more concise, the strength of the first season of Altered Carbon was that it was noir wrapped in science fiction. This season lays hard into the sci-fi and moves away from the stronger narrative ties that would lend the story to its noir roots. While still a cool show hiring dope and diverse actors, I can’t help but want more from the show.