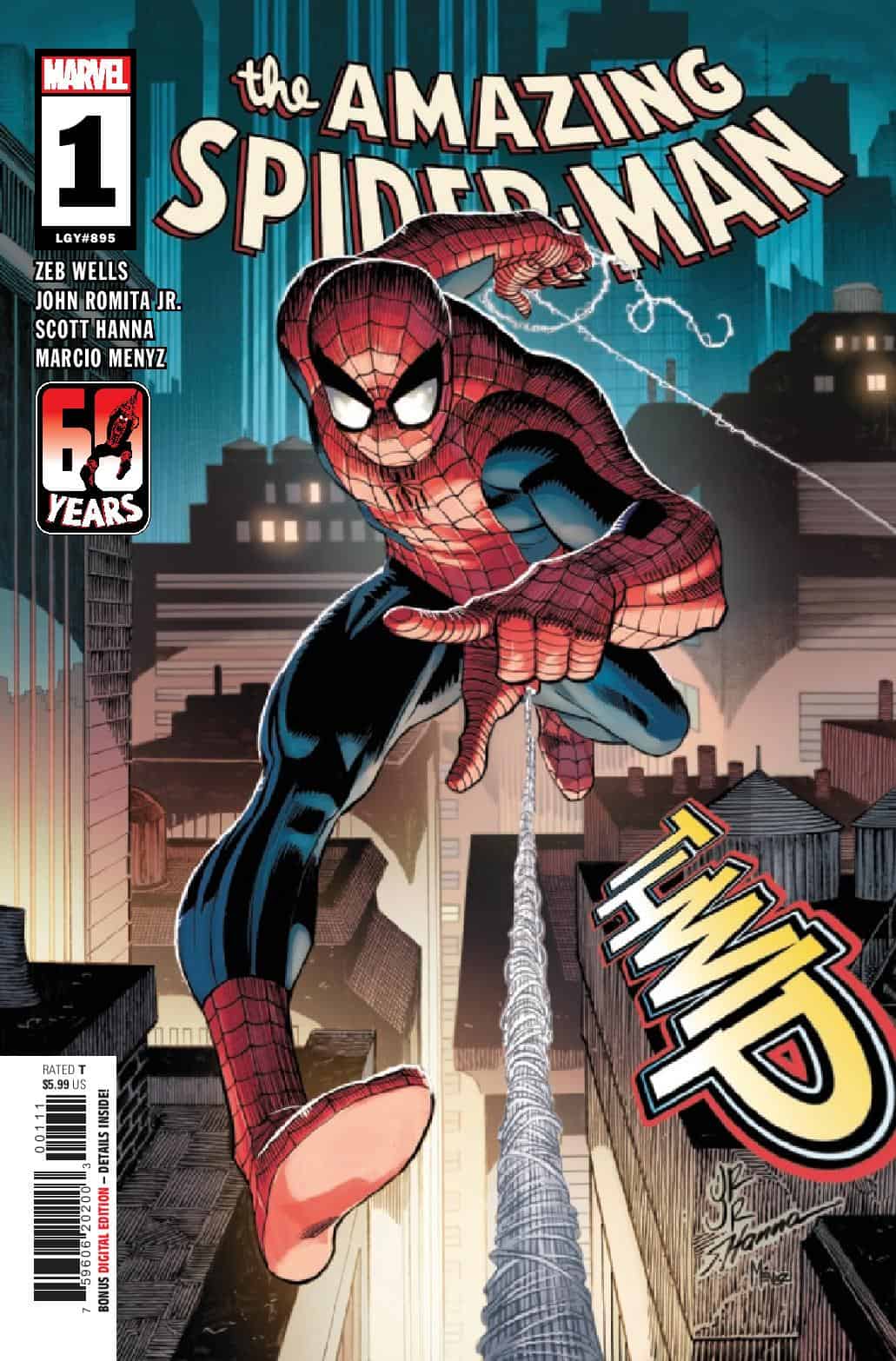 It’s really cute when you give a new comic or old character a shot despite your better judgement. The homie Spider-Man and his books have been stuck in mediocrity for a long while, but Peter Parker remains arguably the most popular Marvel hero, so any book with his name on it immediately sparks vehement hate or makes fans pick apart every weak aspect of the book. Worst part is, they’re usually right. I’ve tried to read a dozen Spider-Man books in the last 5-10 years and few were dope. Of course, there are standouts like Spider-Verse, Superior and those Ends of the Earth x Dying Wish runs in TASM but it’s unconscionable how Marvel has fumbled the Spidey bag so much in the last decade. But let’s jump into the The Amazing Spider-Man #1 and see why it’s looking like this book won’t wind up wowing anyone, anytime soon.

I was really hoping to have my mind blown a little with Romita on the track, but there are some serious peaks and valleys in his artwork. I gotta say…I expected more. Sure, Spider-Man looks great thwipin around the city, and the villains are decently drawn and menacing but that’s about it. There’s no pop or pizazz. I don’t marvel at the buildings of NYC or spend an extra 30 seconds lingering on the page to take in everything behind the characters. It’s unfortunate but not a dealbreaker for me, because there are a handful of redeemable qualities in this book.

At the end of the day, the writing of a comic book can always carry it to Valhalla and back. Or it can shackle the main character and toss him into the river to flounder until their demise. While The Amazing Spider-Man #1 isn’t garbage, there’s a lack of pace and energy that just muddles the excitement you might have felt when you found out John Romita Jr. was back for another season. I get that we’re in the middle of a pseudo mystery “what did Spider-Man do” situation and Zeb Wells is setting up all the major players, but there’s a serious lack of buzz that leaves you wanting much more by the final page. I won’t even touch on the latest Facebook status update on Peter and MJ. Once again, it’s pretty baffling to see the most recognizable and lovable superhero relationship not named Clark and Lois get approached with such a *Kanye shrug*.

When it comes to what I did like about the book, Tombstone was quite enjoyable, and I don’t think I ever expected to say something like that so proudly. The fallout from Devil’s Reign and Fisk sailing off into the sunset are present and Tombstone is one of the central characters on the organized crime side of things, and he puts in work to prove he belongs there. Not to mention, he showcases a tender side to him that made me an insta-fan. I kinda like unlikeable Peter Parker? I don’t know but something about him having a little edge gives me a glimmer of hope that he may break out of this ‘consistently treated like a broke bum’ mold. Don’t get me wrong, we at BNP love that Peter, but at least let him have some romance and ass to kick while he can’t pay his bills. Geeeezzzz.

6 Villainous Cat Rescues out of 10