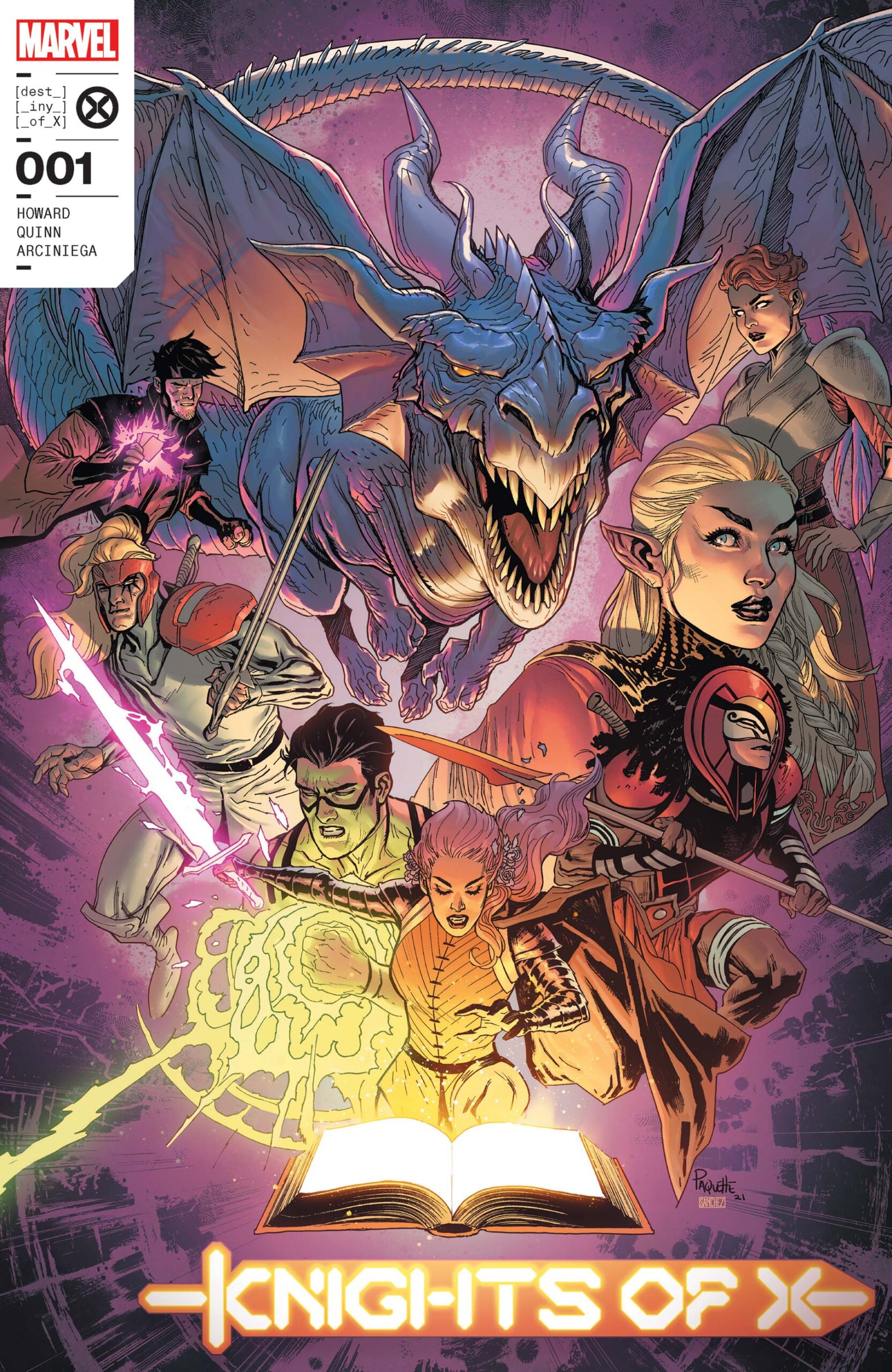 I’ll keep it a hunnit and admit I didn’t love Excalibur that much during the Dawn and Reign of X. Wasn’t bad or anything, but that magical, fantasy side of mutants doesn’t pique my interest like the street hardened mutants do. With that being said, there were some interesting storylines, particularly when Apocalypse was a member of the squad, that kept me coming back for more. I also loved a bunch of the mutants on the team outside of En Sabah Nur. Which brings me to Knights of X, as direct of a spinoff of Excalibur that you can get in this new Marvel world of X books galore. Braddock is back, Shogo was destined to return (more on that later), Rictor in the mix again, and plenty more to keep fans excited.

Mad Merlyn on the Loose

I give you that whole spiel to say that after reading Knights of X #1 I’m pretty hype to keep up with the members of this team and the journey to save their kind and get back home. This new book keeps us in Otherworld, but not by choice. The Avalon Gate is permanently sealed, and the mutants left in Otherworld are being hunted by Merlyn and his maniacal band of knights led by none other than brood Zaddy himself, King Arthur.

But you know who aint havin any of that bullshit? Betsy Braddock. Betsy been on her A1 defender of mutants ish for a hot minute, with the help of her Captain Britain Corps, but things are getting dire thanks to Merlyn’s sentinel-like beings called Furies that make the OG sentinels look like Iron Man action figures. She digs into her bag of tricks and decides to do what X-Men do..jump people!

Knights of the Round Table Assemble!

Betsy, with the help of Merlyn’s daughter Roma who is a friend of all mutants, sets out to build an army but instead gets a gang gang ganggg of Krakoans instead. Who needs an army of mediocre soldiers when ten X-Men do the job with far more efficiency? Some answer the call without a second thought and others need to wrestle with the fact that they’d be leaving the loves of their lives behind to join Betsy on this mystery quest. And others have been fast asleep for days? Weeks? Because they can’t stop daydreaming of their return to a world where they can soar through the open skies as a fire breathing reptile with no equal (told you I’d get back to that).

Now Betsy has her storied team of 10 and an incredible cause. With that big end of issue cliffhanger, who knows what other surprises are in store, but I for one will be back to check out the future of the Knights of X.

8 Deserved Sips of Liquid Courage out of 10