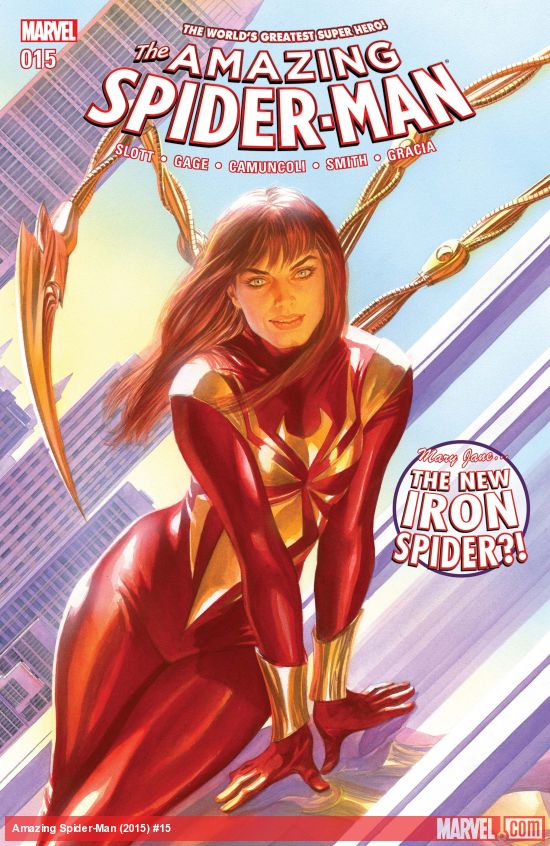 Man… if Mary Jane Watson doesn’t either A) get back with Peter Parker, or B) realize she just needs to settle down with an ordinary dude soon, I’m flipping over a table.

In Amazing Spider-Man #15, Spider-Man and Iron Man are getting their web and shell heads knocked in by Regent, whose your latest bad guy with a god complex that thinks he can fix all the world’s problems on his own. His plan to syphon everyone’s superpowers for himself ended about the way you’d expect. One at a time he started losing his grip on the power he worked so hard for until it all came crushing down on him.

The most interesting takeaway of the issue was Mary Jane putting her experience of rubbing elbows with the super-powered elite to great use and donning the Iron Spider suit. [Ha, you see what they did there? She’s currently in a love triangle with Tony Stark and Peter Parker and she literally got in the middle. Ha.] However, the concept of a female Iron Spider didn’t stick as MJ learned from both Tony and Peter’s mistakes and put the suit down before it became her entire life. 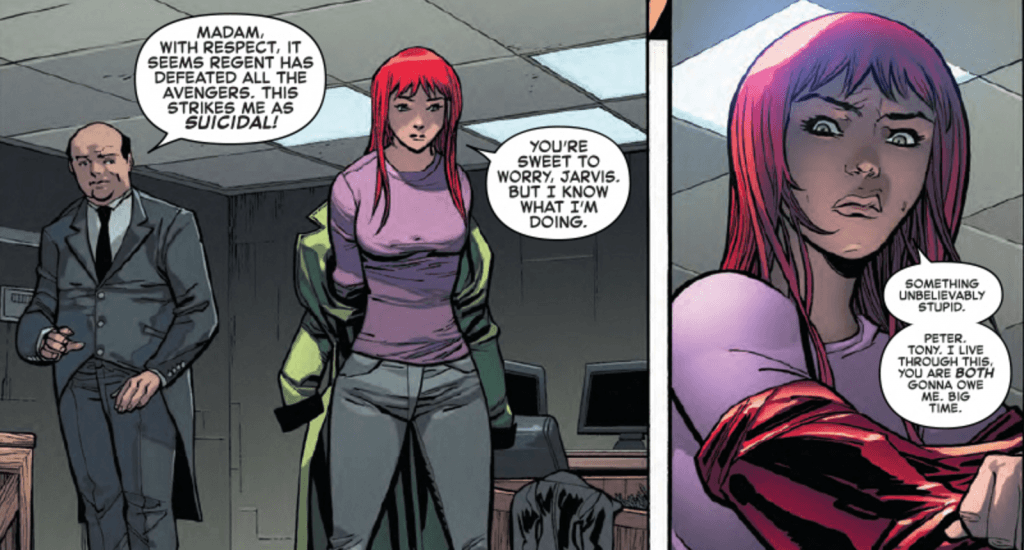 By the end of the issue, the two millionaire superheroes learn from those around them that they can’t get too wrapped up in their respective causes.

All-in-all, this story arc feels a bit like it was filler to build up to something else. The only thing that appeared to have any lasting effect was J. Jonah Jameson Sr.’s condition at the end of the comic. Unless, of course, Tony and MJ become a serious thing and they ride off into the sunset together while Riri Williams holds down the Iron throne for a while.