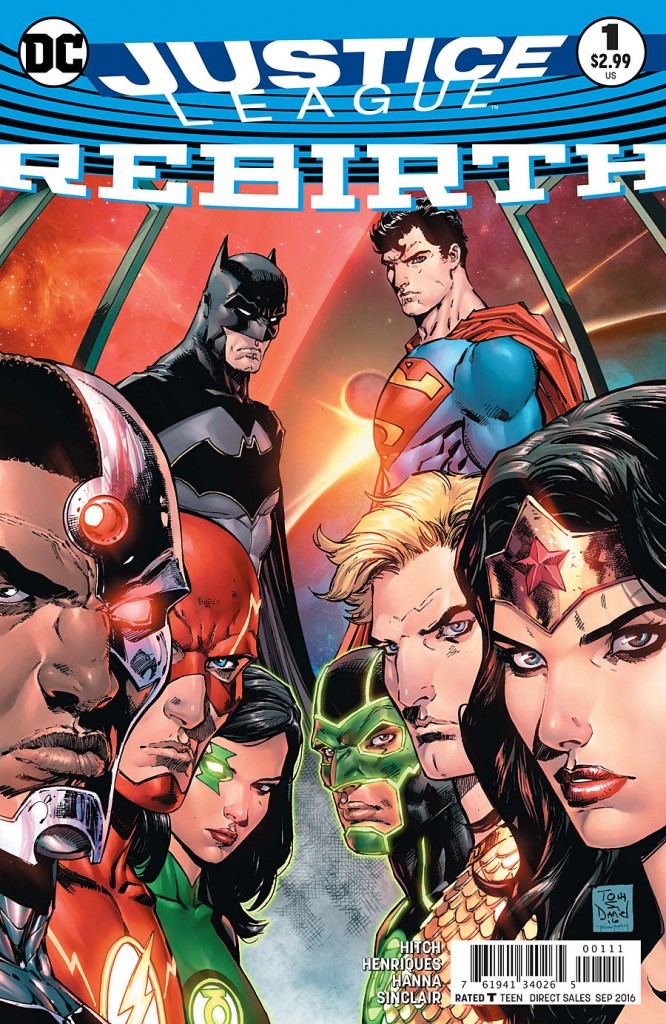 It’s a new series, it’s a new birth, and I’m feelin’… meh. Justice League: Rebirth hit shelves and serves as a save point for the series — we see the League working together to fight off an alien invasion (a typical Wednesday) but are getting nowhere. The teamwork is way more precise with this League as they have been working together for quite some time now, however there is a void that is clearly present as the New 52 Superman is straight up dead, and there’s a new Superman that’s apparently been around and hiding out for a long while. This issue focuses on him deciding whether or not he should step in to fill the void. We also get glimpses of the grief caused by the death of New 52 Superman. 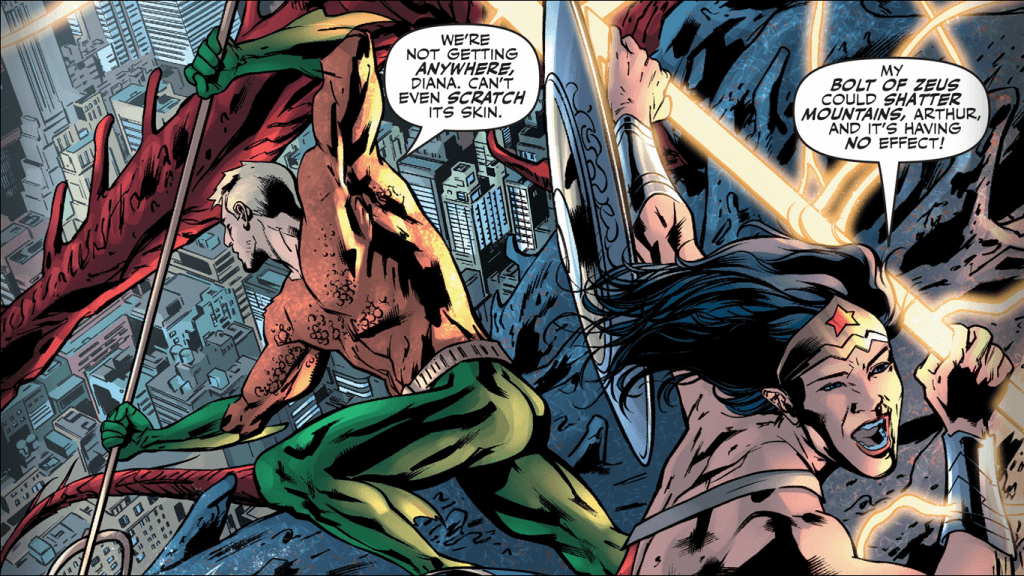 There’s a lot of action this issue and I really loved that they shouted out my hometown of Hackensack (we outchea!). This alien invasion is an obvious setup for something bigger and worse down the line. We had a whole team of people on artwork, which was nice; a lot of the League characters, like Wonder Woman in particular, appeared more chiseled in certain facial features and detail. However, this wasn’t anything to take away from the book at all. The colors are actually very dark and somewhat dreary as well, which is a perfect reflection of the somber state of the League.

A lot of the changes we see in the DC Comics Universe is going to be taking point from Justice League: Rebirth. This is a book that will be a necessary guide in navigating through the new status quo. While we didn’t get anything major with this setup, we’ve been comic fans long enough to know the realness is about to come. This issue was enough to spark curiosity for this new direction for the League and get me going for the new #1 when it hits the stands.