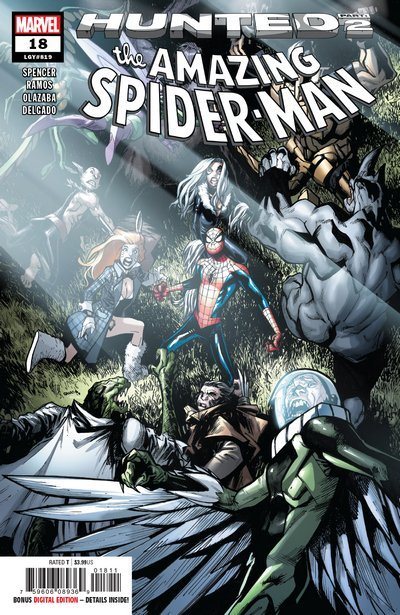 When a talented creator gives B-list characters special attention, my initial reaction ranges from utter disinterest to fascination (Kite Man, hell yeah!). Mister Spencer, just because I don’t care about an obscure Lizard-related villain from the ’70’s DOES NOT mean I want to see them remorselessly murdered by a mediocre rich person with an inferiority complex. That’s the level of darkness we’re facing in The Amazing Spider-Man #18. Part 2 of the Hunted storyline follows the Armadillo’s worse nightmare. Seriously, though, if they touch one hair on his pretty head I will be sending Spencer hate mail.

A black-suited Spider-Man and a herd of his lower-tiered, animal-based villains are trapped in Central Park by a force field with a horde of Kraven robots. Spider-Man works out the situation in his mind. He’s trying his best to survive but also protect as many of the captive prisoners as possible. We learn that the robots are real life avatars for the wealthy crowd that Kraven has enamored with the prospect of being hunters. By paying top dollar, they get to be a customizable, deadly Kraven. 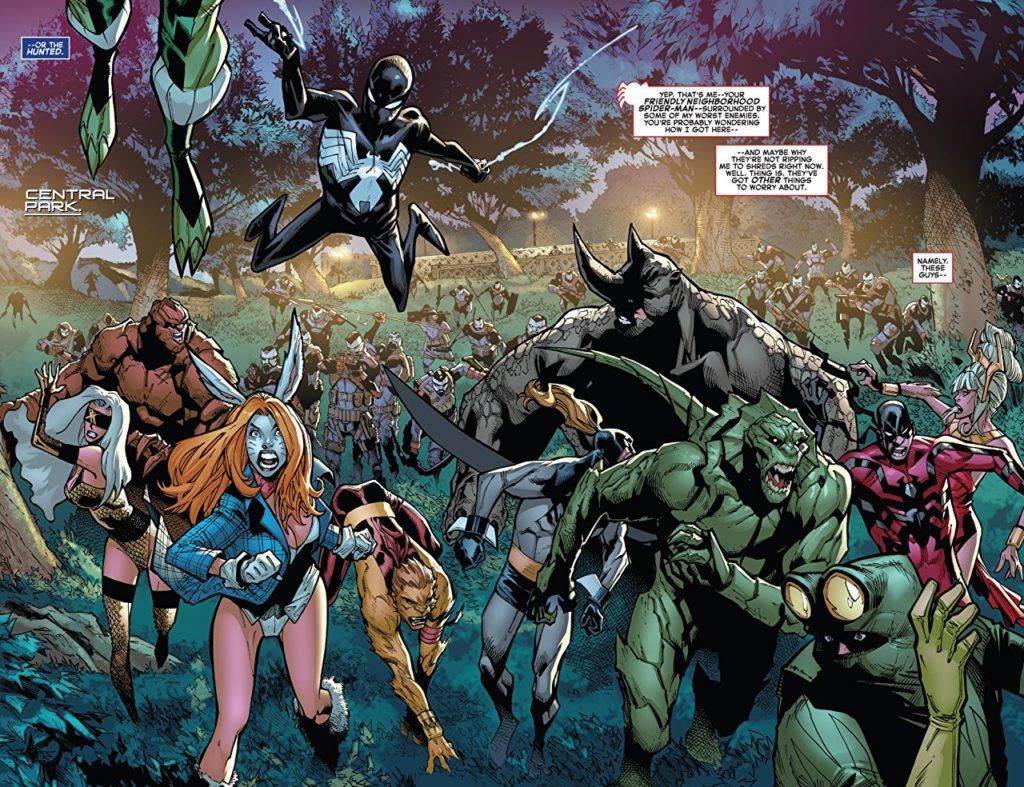 This book might very well be a low point in terms of spirit. I feel the pessimism returning from Spencer’s Secret Empire. In some ways, this was nihilistically pornographic. The book is intermittently narrated by someone quoting Hobbes: a philosopher convinced that mankind is selfish and animalistic by nature, and therefore needs to be ruled by a monarch. This manifesto drives alongside the betrayal of characters foolish enough to trust in their “so-called” allies, and absurdly rich people using human beings’ lives for venting frustrations or deadly thrills.

I have no doubt in my mind that the lack of empathy so many people have for the incarcerated wouldn’t allow many of then to endanger their lives for “worthy causes”. In fact, we have a lot of history (much of it more recent than you’d think) in which that actually happened. In the same second I think “Have you no faith in humanity?” and “Yea, people = shit”. Slipknot references aside, Spencer weaves together a compellingly structured story that’s so good, that you can’t even force yourself to knock it because of the depressing tone. 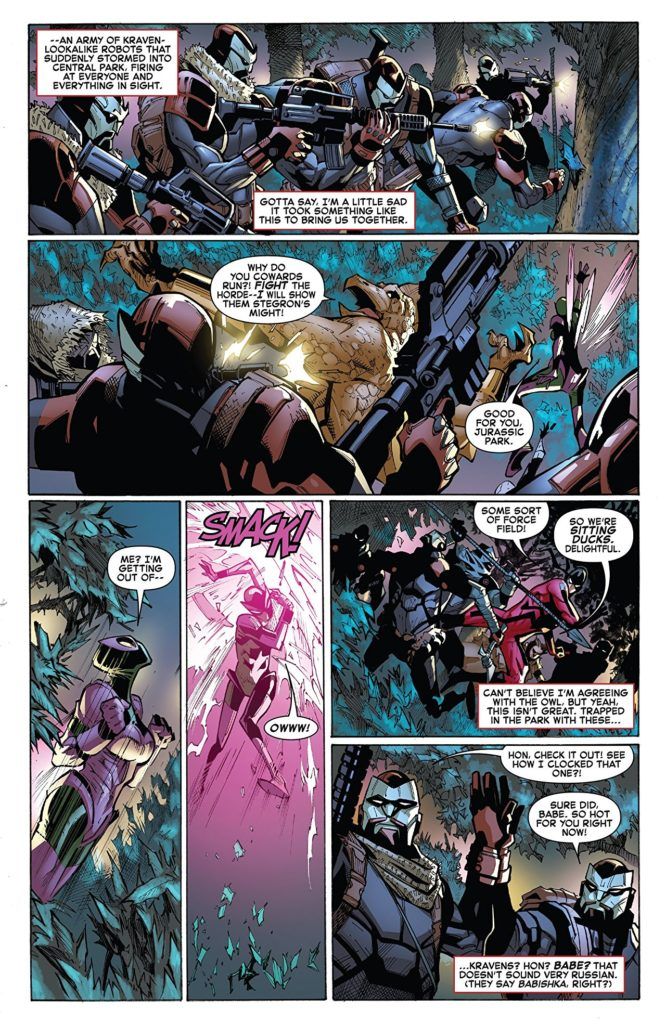 Reading The Amazing Spider-Man? Find BNP’s other reviews of the series here.

Want to get Black Nerd Problems updates sent directly to you? Sign up here.