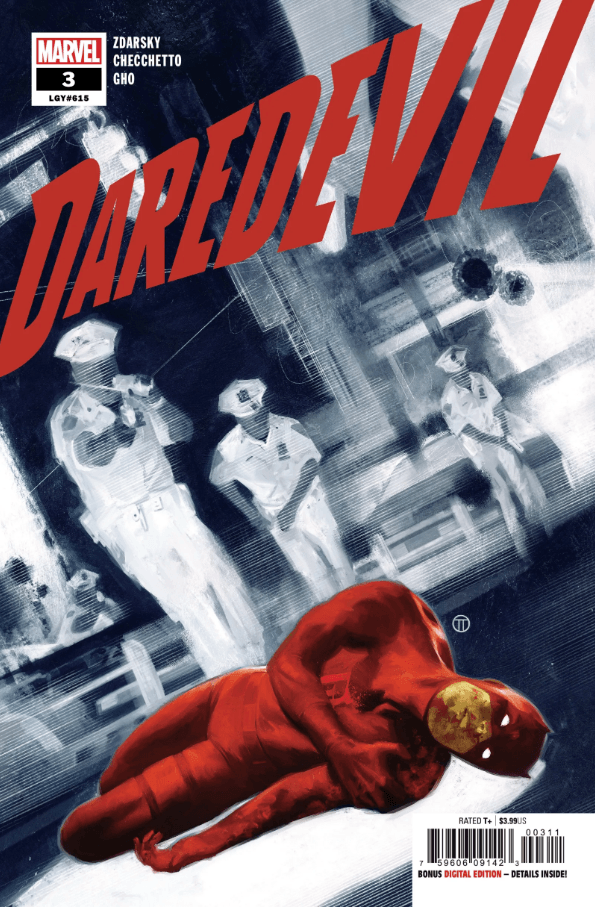 Hands down my favorite comic book of the week, Zdarsky and Checchetto fill my soul with Daredevil #3. Daredevil has been encumbered by the combined weight of a police force controlled by Mayor Wilson Fisk, a tragic accident that he may never fully recover from, and the death of a criminal that is looking more and more like a murder at his hand. This house of cards that Daredevil’s world has become crashes down as he is shot by and faces looming arrest at the hands of the anti-vigilante detective Cole North. 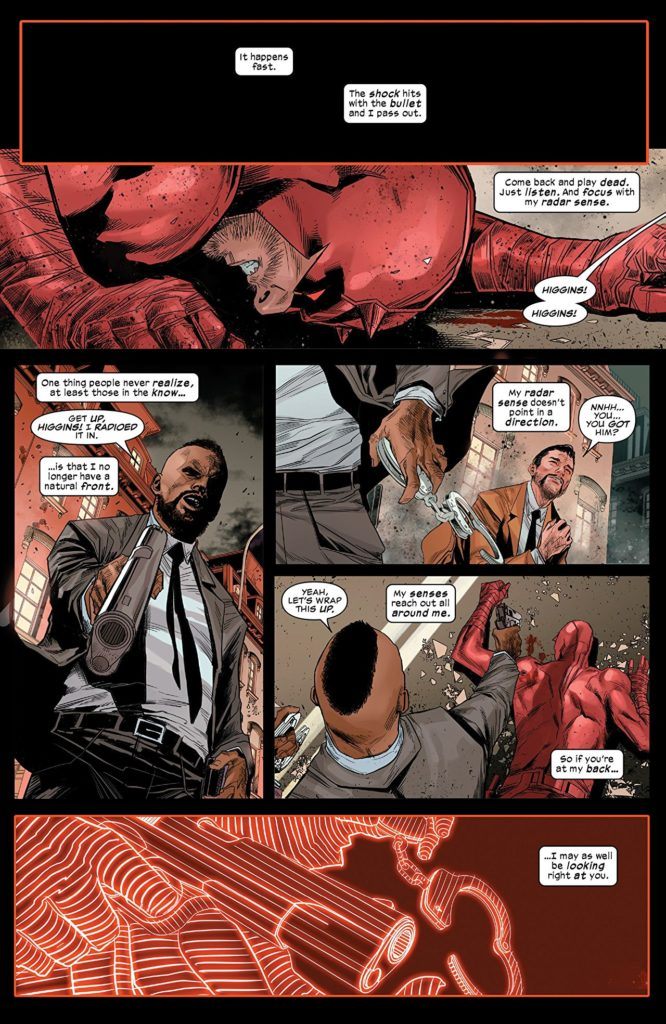 This comic hit all my sweet spots: as a lover of comics, of literature in general, and of ethical quandaries. I was first struck by the opening scene of Wilson Fisk at a banquet hall. It wasn’t a particularly stunning stage; one of those pages where several faces in the background could’ve been faceless like The Question and no one would notice. The care and detail given to this page demands that I admit Marco Checcetto is one of my favorite Daredevil artists to date (alongside Alex Maleev and David Mack). This excellence is more obviously realized throughout the street-level action that the rest of the issue is devoted to. What strikes me the most is that he doesn’t have a style that is so iconic and stylistic as Meleev and Mack but there is an artistic haze he adds to his backgrounds that pops against the almost oxymoronic gritty and clean line work he gives this book. 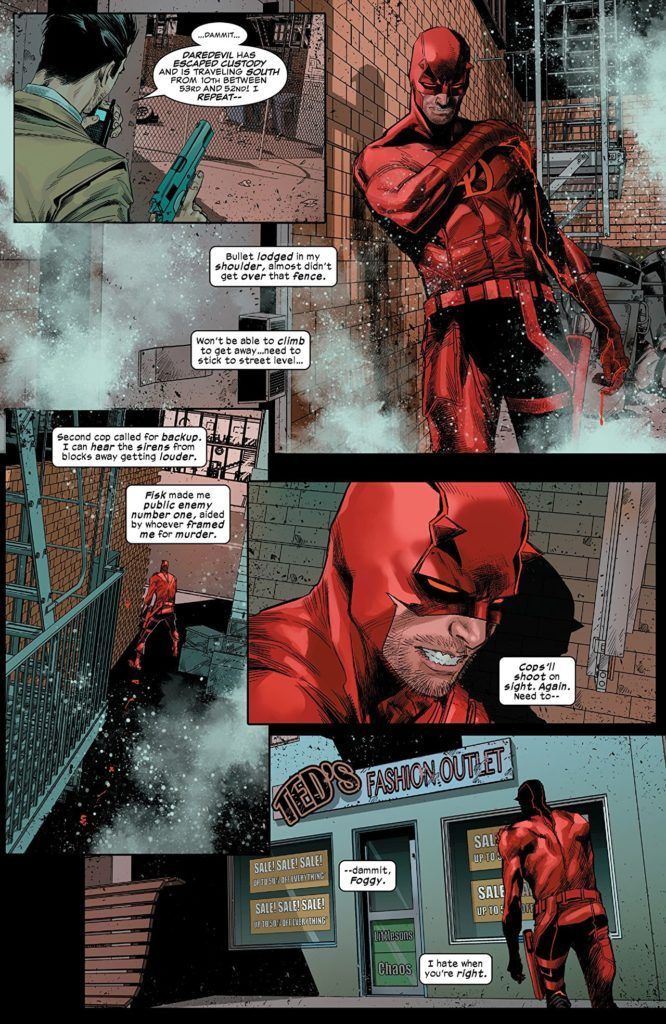 While enamored with Checcetto’s visuals, Zdarsky sets up a beautiful conflict of philosophy that is enchanting. New York City’s police and citizens alike are shown to have unwavering loyalty to Daredevil. This is juxtaposed to Cole’s religious fealty to law and accountability. I reflexively stand with the city: “You don’t know Daredevil like I do, Cole”. It’s only when a fellow officer directly confronts him when he attempts to unmask Daredevil that my faith falters. “He may not be official police, but he’s police as far as I’m concerned. And we look out for our own.” Whoa, whoa, whoa!

In the current level of accountability (current in that more people are actually paying attention to it) for police and their to the communities they serve, I sympathize with Cole. He doesn’t get the god’s eye view of Daredevil that a comic book reader does. There are times where even the reader should be weary of an unchecked Murdock – remember when he was possessed by the Beast? The debate danced in my head while reading this comic. By the end, another ethical conundrum is all but promised. This comic does perfectly what all art should. It simultaneously takes you out of the real world in a fantastical story, while reflecting upon societal realities.

10 “Daredevils in Trenchcoats” out of 10