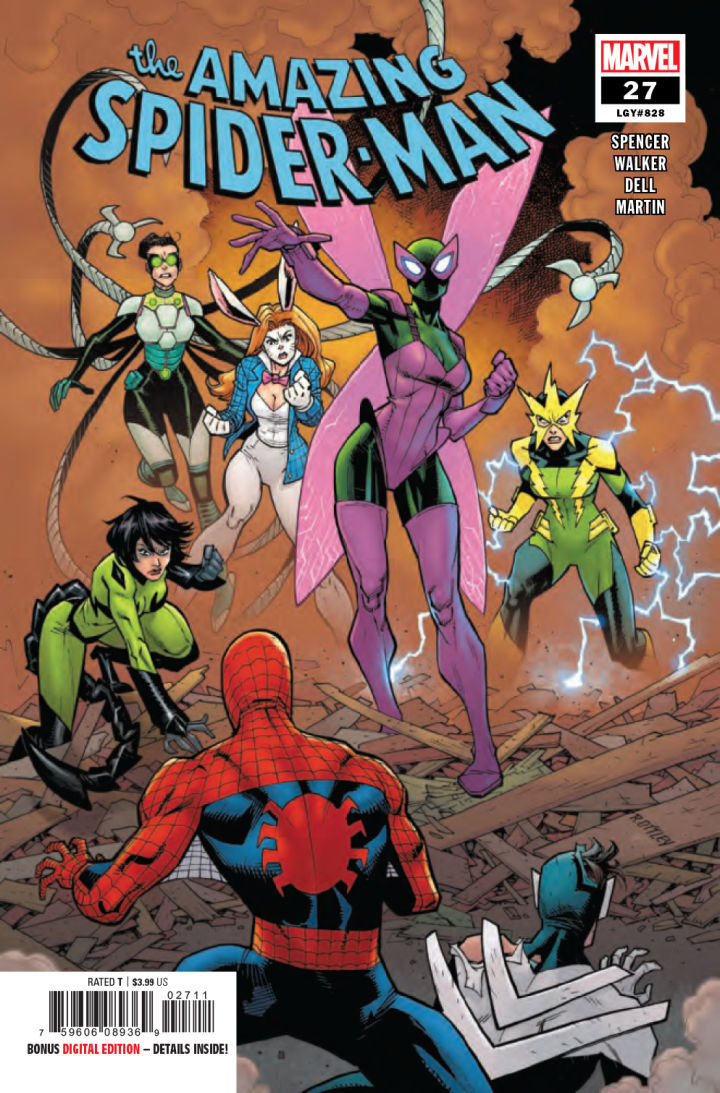 Are you ready for mansplaining bros and Spider-Man awkwardly trying to avoid sounding sexist? Then The Amazing Spider-Man #27 is the comic for you. Like the last issue, we’re taking a break for the ominous spectre lurking in the shadows; planning on destroying Spider-Man’s life. This comic is goofy and fun loving. An explosion at Aunt May’s homeless shelter reveals an All New, All Female Sinister Six. They are on the hunt for Boomerang, Peter’s roommate and reformed (reforming?) villain. We get a look at the Six’s set of grievances with him.

They range from attempted murder to Bro-douchery at a bar to literally nothing. Boomerang fills the “Bro” role well, confidently ignorant, he even greets Beetle like an old friend. After some initial fighting and mansplaining, Spider-Man joins the fight alongside his roommate. As enthusiastic as Boomerang is to get his own Spidey Team Up, their lack of chemistry on the battlefield proves no match for the synchronized Six. Back at the hideout, the Six celebrates their capture while Spider-Man wakes to find Boomerang missing. Spidey and the new Beetle’s worlds collide with some unexpected betrayal and kissing. 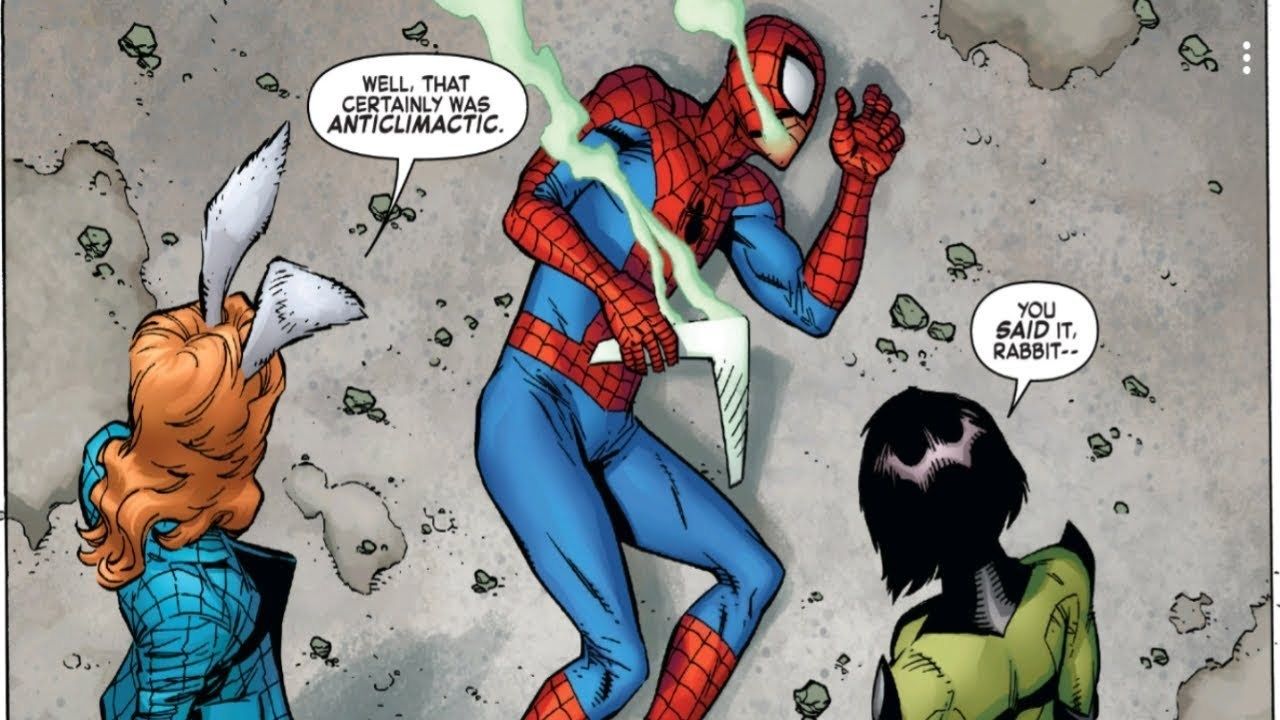 This was a refreshing read. It towed that line between Silver Aged wackiness and relevant social commentary. Through the lens of humor, Spencer plays out a familiar set of players and interactions.

The Six, of course, play the aggrieved women. They recall experiences of being underestimated and overlooked for job prospects. Boomerang plays the “Bro” well. He even mansplains mid-fight after the six make it clear that it his toxic masculinity is a big reason he’s being hunted. Spider-Man fills the role of an “Ally”. He does his best to seems to breath in facts and breaths out inclusivity. The result is a cringeworthy word salad that left me cringing. All in all, Spencer and Walker have found some great voices and faces.