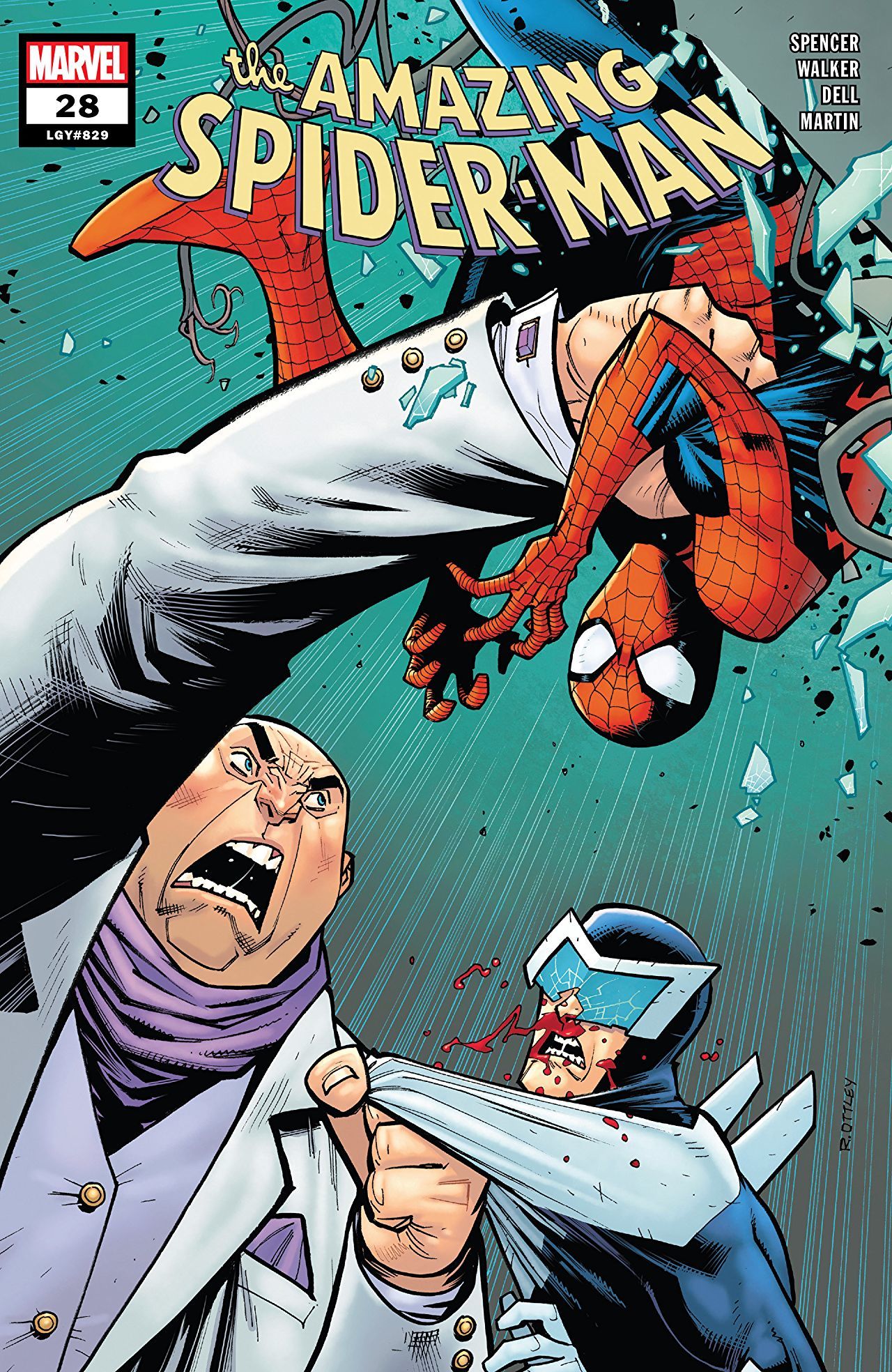 “Who Run The World” comes to a goofy conclusion as Spider-Man needs to save his reforming villain roommate, Boomerang from the newest iteration of the Sinister Six. Last issue, the team attacked F.E.A.S.T. forcing a clumsily unsuccessful team up of Boomerang and Spider-Man. In the aftermath, Spider-Man unwittingly finds his other roommate, Randy making out with the team’s leader, Beetle. The two have a tense discussion about their attack on Randy’s workplace in an interestingly relatable exchange. Who among us hasn’t dealt with or overlooked glaring red flags in person we were attracted to? It’s also been nice seeing these capable, villainous black women in a couple of the most iconic titles these last few months.

Spider-Man finds another obstacle as New York City’s mayor, Wilson Fisk also sets his sights on Boomerang. A weirdly drawn Kingpin brings the might of an anti-superpower geared police force down on the Syndicate. Spider-Man attempts to diffuse the situation, actually using Kingpin’s own propaganda against him. “You wouldn’t sic your goons on me . . . You and me are best pals”. This hilariously fails as Kingpin “convincingly” states that Spider-Man has been possessed by Boomerangs “Hypnorangs” (I broke down a second time typing that out). Spidey is overwhelmed by a police force he refuses to go all out against when the Syndicate comes to his aid. 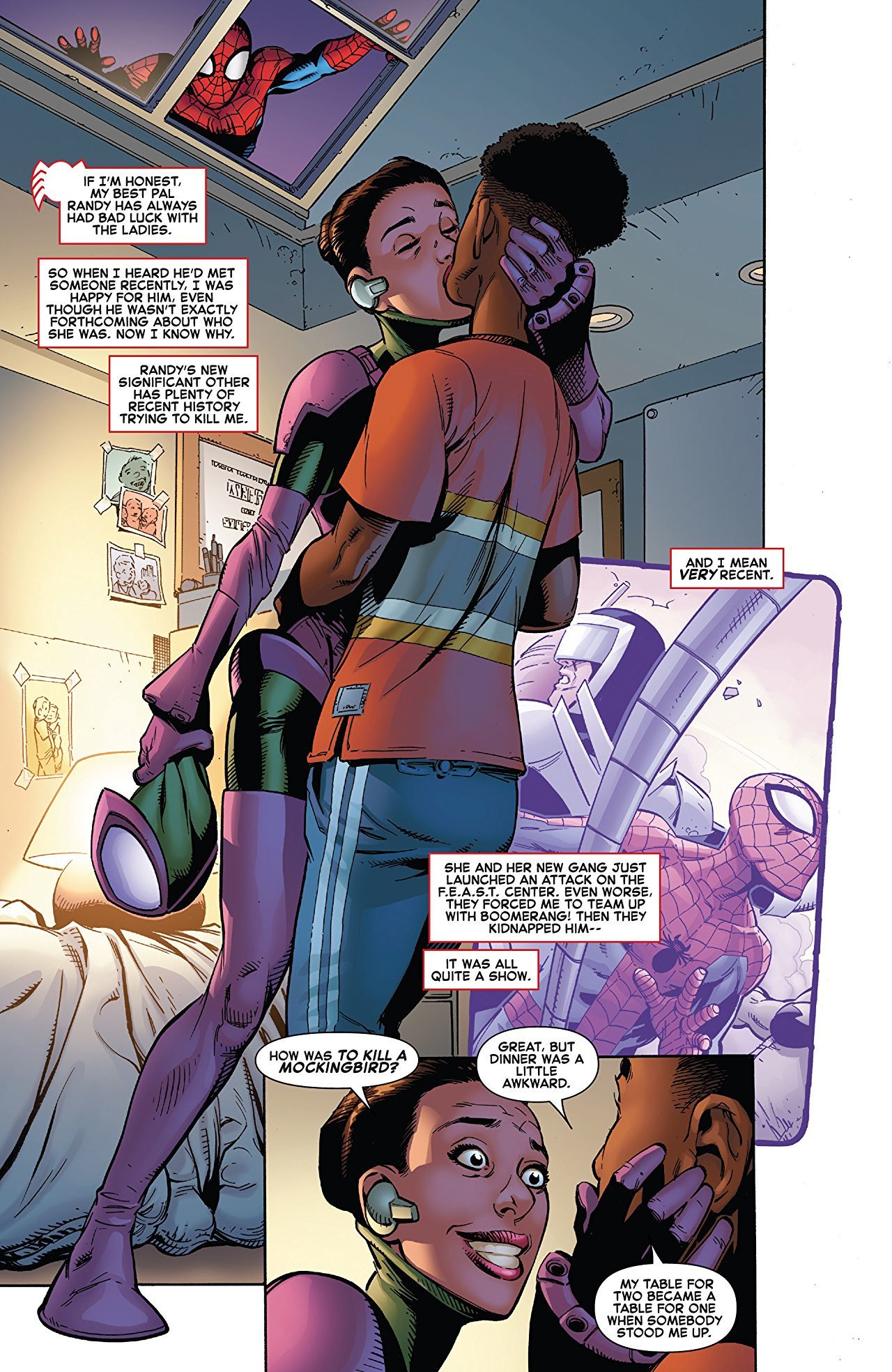 Between the classic story style and the campy troupes around I had a revelation. The same way Chip Zdarsky surprised me with how serious and thought provoking he took Daredevil, Nick Spencer surprised me with this goofy Spider-Man arc. I associate Spencer with more drab and dark plots but this was a sweet delight. Especially with the ominous ending of the Kraven arc, I didn’t expect “No serious injuries or I’ll tell your boyfriend” swaying the villainous team to safely hold back a police force. These troupes exist for a reason and can be a breath of fresh air. It helps immensely that Walker is a capable artist. There are a couple night time scenes of Spider-Man that are straight up poster-worthy. At this point I don’t know what to expect from the next arc, which is a testament to Spencer and Walker’s range and ability.

8 “ ‘Nice’, Disintegrating Repulsor-Wielding Girlfriends” Out of 10