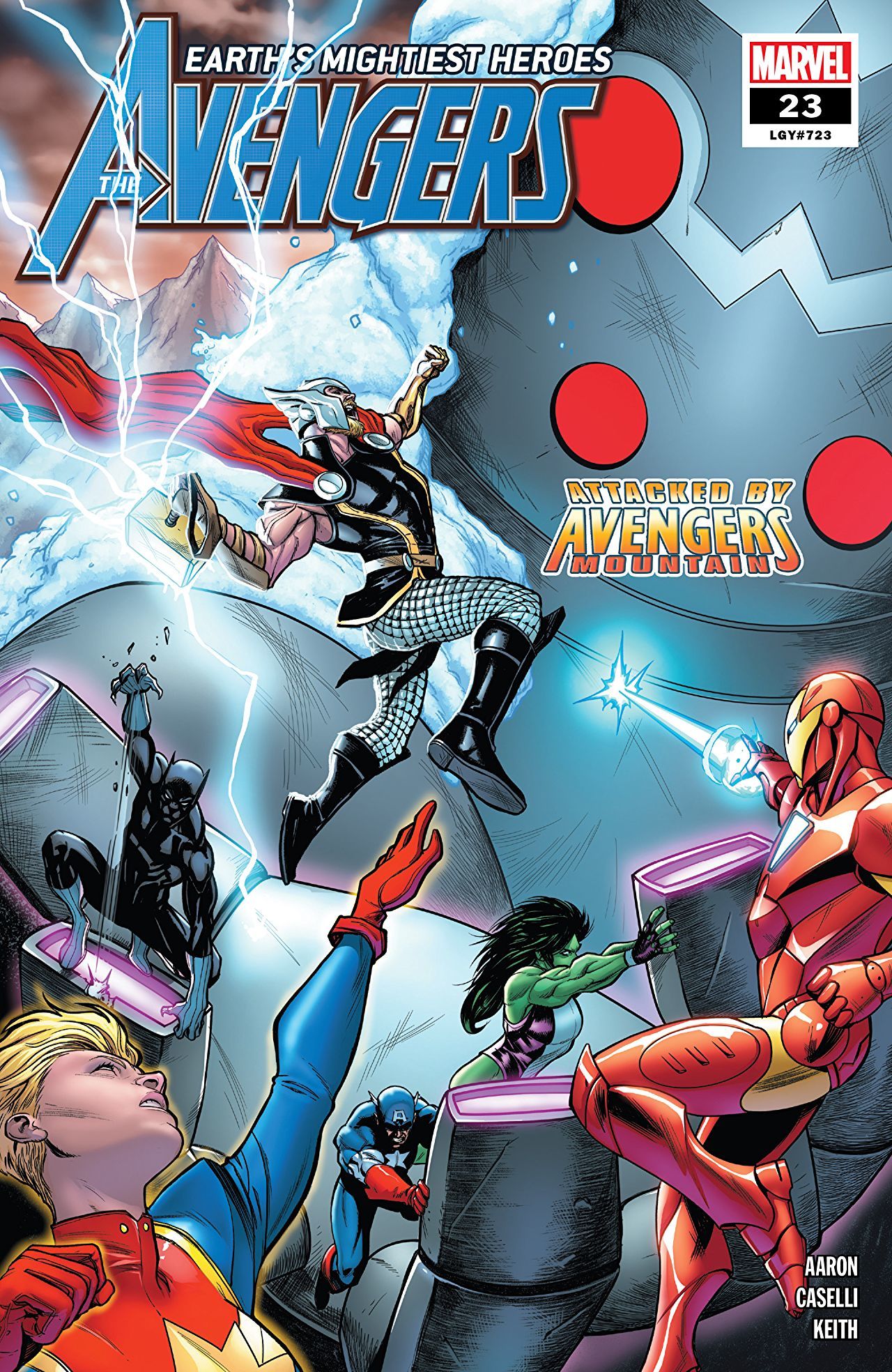 From the jump of Jason Aaron’s run on Avengers I have pretty much tolerated Ghost Rider. He’s a new version of a character I’ve never had much affinity for or interest in. He’s been a good character creating interest as the young, “out of their depth” addition, not to mention he possessed a Celestial. It took time but after issue twenty-three of Avengers I can finally say that Aaron has worn me down and made me care about Robbie Reyes. Not only that, I found myself more interested in his race with Johnny Blaze than the rest of the Avengers’ fight with their own possessed Celestial base.

In Hell, Robbie is challenged to a race by the original Ghost Rider who’s now the leader of the underworld. Robbie is absolutely done with the Spirit of Vengeance after it threatened to hurt his little brother. He doesn’t want to even race, telling Blaze he can just take it until the O.G. Ghost Rider also threatens little Gabe. After a good ‘ol action movie style, respect-earning punch to the face they get started. 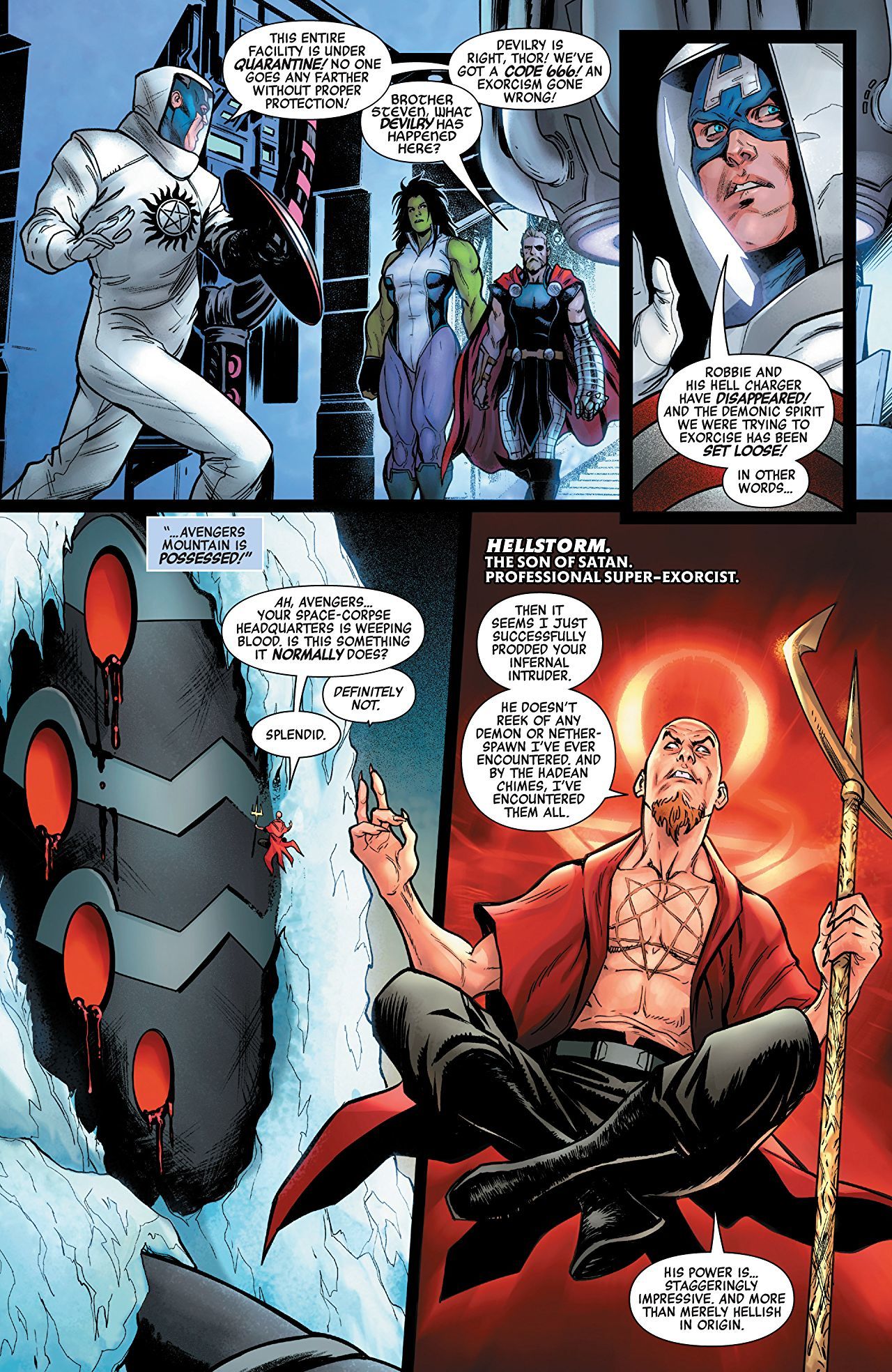 While the Ghost Riders are occupied in Hell, the rest of the Avengers are dealing with their own Spirit of Vengeance that’s possessed Avengers Mountain. The combined expertise of Black Panther (I always forget that his powers are mystical), Blade and Hellstorm try to get a handle on the powerful spirit turning their home against them. Firstly, they understand the importance of PPE (Personal Protective Equipment). The team has been fitted with hazmat suits equipped with a stylish pentagram to protect them from being possessed themselves. The exception being T’challa whose O.P. suit already protects him. The book ends with the introduction of a newer character. Or rather, a new version of an old character.

Now I don’t know when Frank Castle got the Power Cosmic AND the Spirit of Vengeance but I won’t lie. It sounds like the creation of a drunk Stan Lee and I am here for it. The book continues to impress with Aaron’s pulling on several threads laid down in earlier issues. Here the Ghost Rider story intersects with the concept of the ancient Avengers whom we got a few stories about. The creme filling here is in Hell. Caselli’s hellscape is beautifully terrifying. It had the unfortunate side effect of reminding me how much I prefer Ghost Rider’s original design, especially in the hands of a capable artist. Keep this book in hell for as long as you guys need!