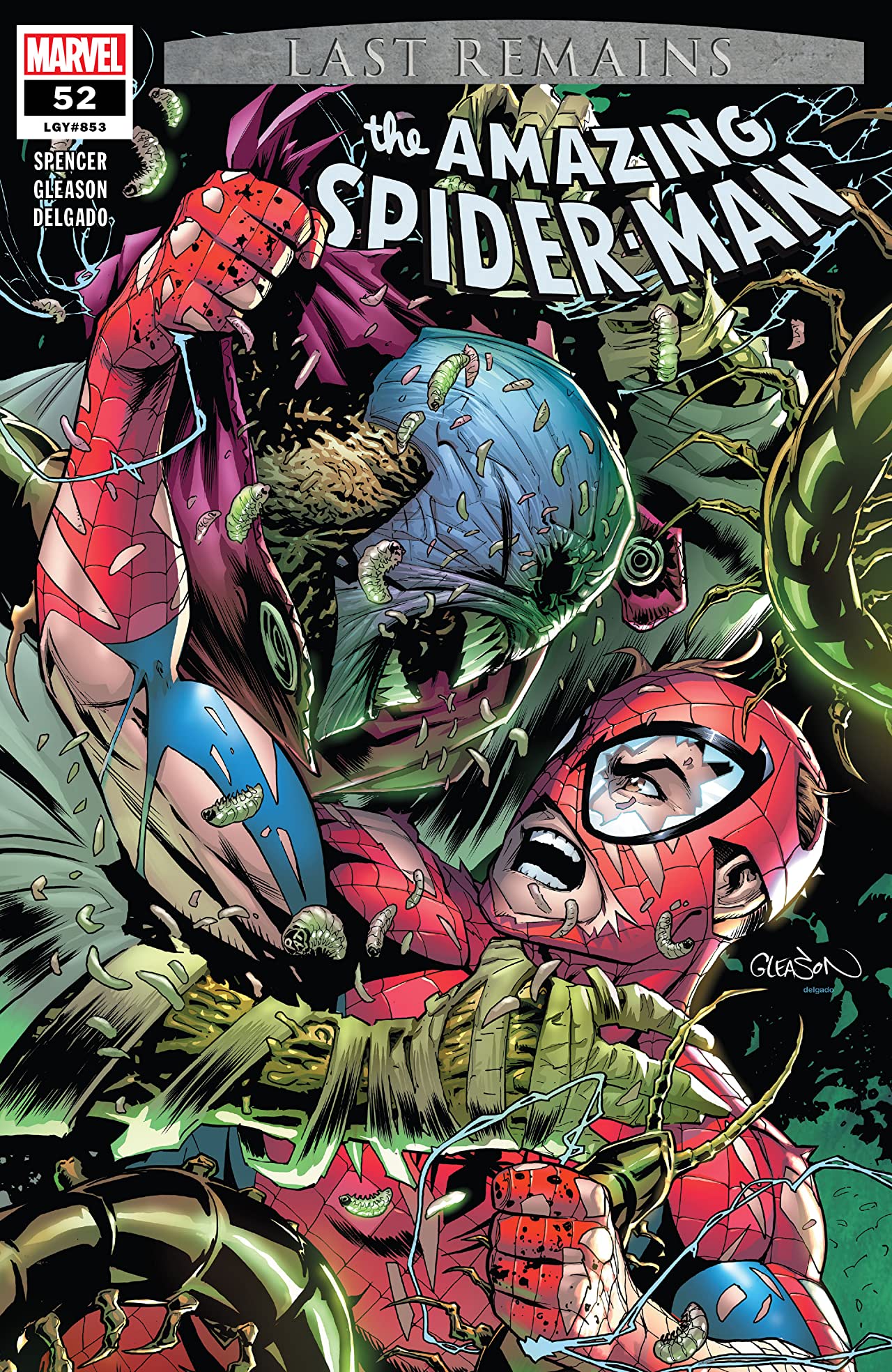 There is something to be said that even in the long list of iconic Spider-Man villains, Kindred still manages to feel unique. Nick Spencer has had a long build-up to Kindred and while I’ve felt the journey there has been hit or miss, the mystery of Kindred did intrigue. Since the “Sin Eater” arc, Spencer’s run has been on a roll. Now, Peter and Kindred finally meet face to face, and it doesn’t disappoint.

It’s interesting. I’ve found the reveal that Harry Osborn is Kindred to be the least interesting thing about the character. The bigger curiosity is how he got this way. Spencer’s issues tend to feel short, so we don’t exactly get to explore how Harry got this way.  In fact, that’s probably my one gripe about this issue. It’s the first official meeting between the two characters and while good, it feels like it’s over before it begins.

Where the issue succeeds is how one-sided the battle feels. Kindred’s powers are relatively unknown in how they work but we do know they are mystical in some fashion. With the Spider-family possessed and Kindred playing personal mind games with him, Spencer manages to make Peter feel helpless. It’s helpless in a way that’s helpless for Spider-Man if that makes any sense. Usually, Peter can push through any situation with pure effort, but Spencer plays on that trope to show how dire the circumstances are.

Patrick Gleason’s art matches the tone of the issue. Every panel is rough, and I especially love how Peter’s suit deteriorates from the beginning to the end of the battle. The possessed Spider-Family members have some pretty unique designs as well. We leave off on a hell of a cliffhanger, but I’m pretty sure it’s not the end. Hopefully, we explore a bit more about Harry’s turn to Kindred and his goal for Peter.