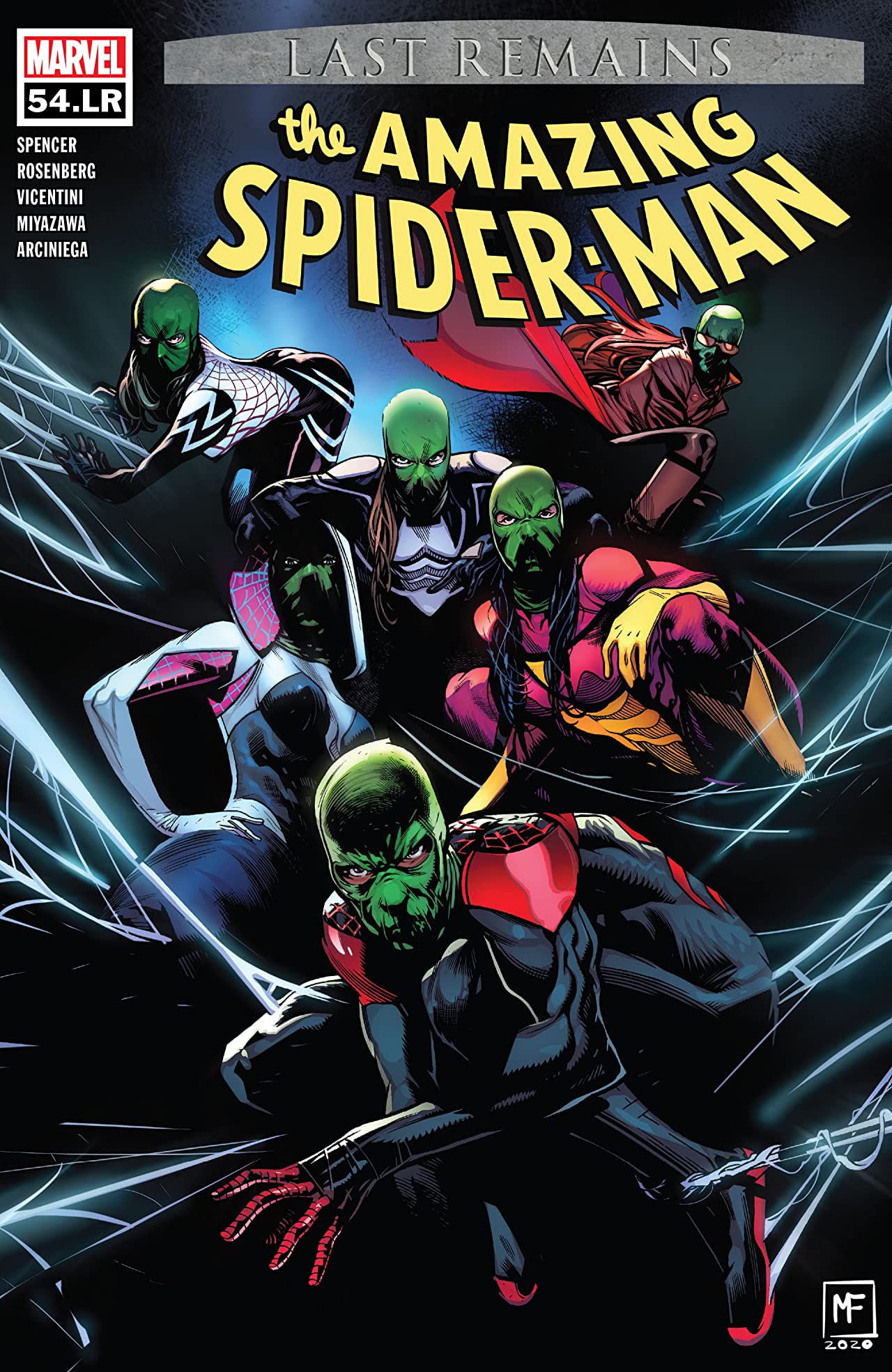 It’s strange that Amazing Spider-Man’s LR issues even exist. The concept of telling a side story that compliments the main story is sound but if you’ve been keeping up with Amazing Spider-Man, you know that’s not the case. Since the Sin-Eater arc and Kindred reveal started, reading the LR issues is practically a necessity. They are less side stories and act more like another main issue in the current arc. I am here to say you should be reading Amazing Spider-Man 54.LR.

I honestly don’t know how anybody can follow this story without reading any of the LR issues. This issue, like all the others, doesn’t focus on Pete but rather all the other secondary characters that play a role in his battle with Kindred – Mary Jane and the Spider-Family. It’s here that we find out how all the characters end up at the cemetery, with Pete and Harry watching from behind the scenes. In the last LR chapter, we saw Kindred battle Morlun and take his power in order to take on the Spider-Fam. Now, we get to see that battle unfold for some pretty great action and a tease of what’s to come.

Props to Federico Vicentini and Takeshi Miyazawa for putting on a spectacular, action-packed issue. It’s a simple but fun exchange and Sin-Eater’s revamp has personally been my favorite part of Nick Spencer’s run. Watching him use not only a lot of Spider-Man’s greatest foes’ powers against him but Morlun’s own as well, is a masterful bit of scripting. In fact, Sin-Eater’s arc is resolved a lot better here than it was when he went after Osborn at Ravencroft. It’s smart how the Spider-Family wins and Nick Spencer does a better job of making Sin-Eater realize that he’s just a pawn in Kindred/Harry’s game.

On the other end of this issue, we have Norman Osborn and Mary Jane’s arc. There are some interesting revelations there that will most definitely have consequences in the main story.  Despite my misgivings about Marvel’s numbering methods, the LR issues are really good. The reason that I stress the numbering situation so much, is that readers (like me) might question their importance and may skip over them. If you want the full story, without any confusion, they are required reading and it’s time to play catch up if you’ve missed any.