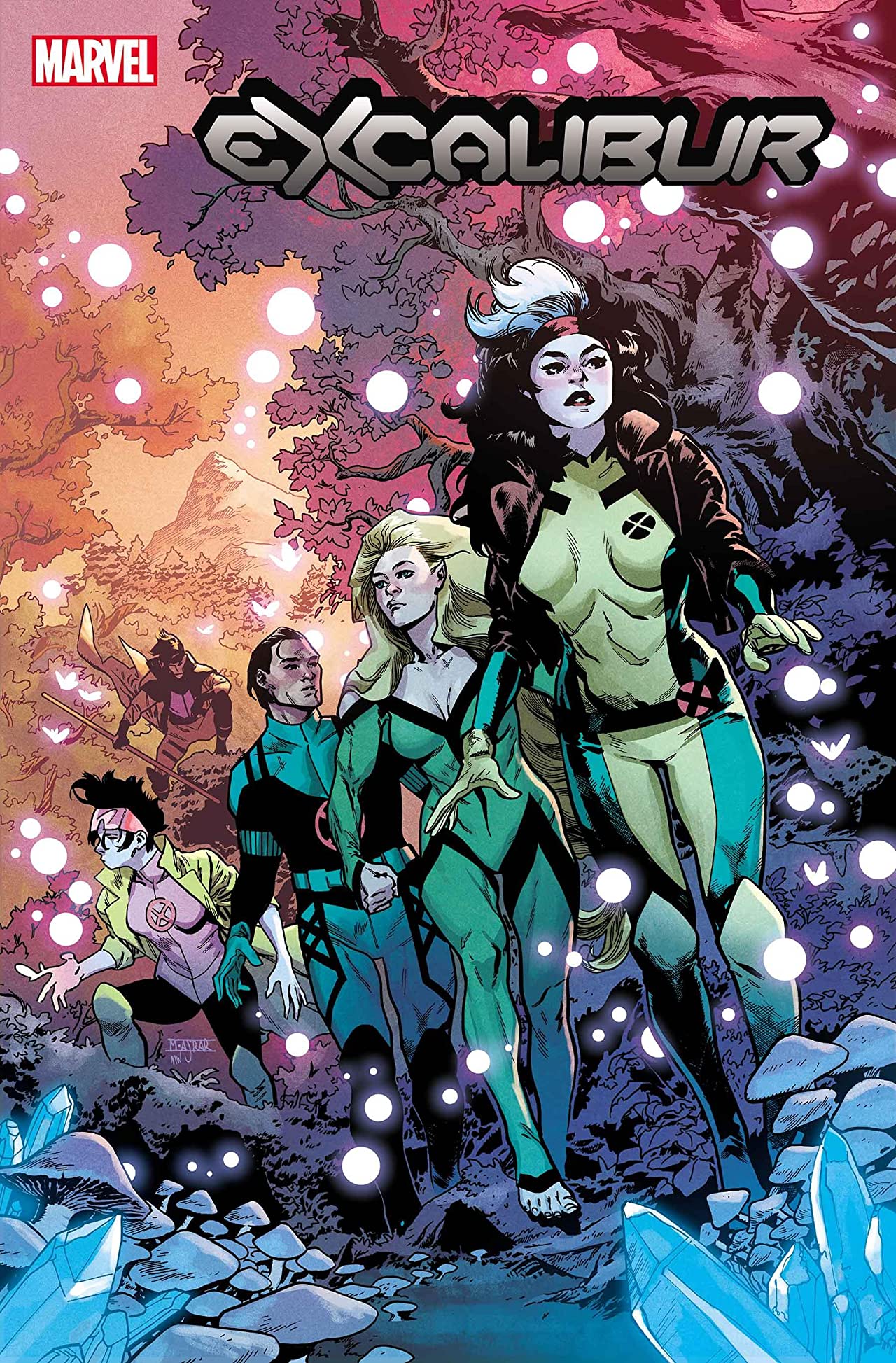 I will say that if there is one thing that the X of Swords event has succeeded in, it’s getting me to read Excalibur. With Excalibur being X-Men cross Dungeons and Dragons, it was initially one of the books I passed on. It wasn’t my speed and let’s be honest, there are far too many X books to keep track of consistently. However, the end of X of Swords left a lot of curious threads that are begging to be followed. The mystery of Betsy Braddock’s shattering, along with the arrival of a Captain Britain Corps made up of Betsy’s multiverse counterparts may keep new readers around for the next couple of issues.

Picking up right around X of Swords, Excalibur is definitely the team most affected by the tournament’s fallout. Betsy’s shattering and Apocalypse returning to his wife have left a rift in the team. It’s obvious that Ritcher had some form of a close relationship with Apocalypse and feels some type of way about old En Sabah Nur’s absence. It’s too bad the rest of the team doesn’t feel the same way and would rather focus on Betsy’s predicament, as they should. Don’t get me wrong, I feel for Ritcher, but points are made by the rest of the team.

Apocalypse chose his path, meanwhile, Betsy’s case is a bit of a dilemma. After a thorough investigation by X-Factor, the team can’t exactly resurrect her. It makes sense, we know that anyone who dies in Otherworld comes back broken and in Betsy’s case, there is no conclusive evidence of her death. So it’s up to the team to journey down the rabbit hole and figure out exactly what happened to her. This feels like the start of a promising new arc and it helps to have the magical backdrop of Otherworld be the setting.

I may not have given Excalibur a try at first but as someone who wasn’t keeping up with the book before, I can say that now is a good place to start. Tini Howard handles the characters well and injects a tone that makes following the team fun. Even without being a fantasy buff, you can tell that each member fills a specific role and they are definitely about to embark on an epic quest. My only issue is that the plot doesn’t really give Marcus To’s art anything to do. If the last few pages are any indication, however, it will have its chance to shine as the team moves forward.