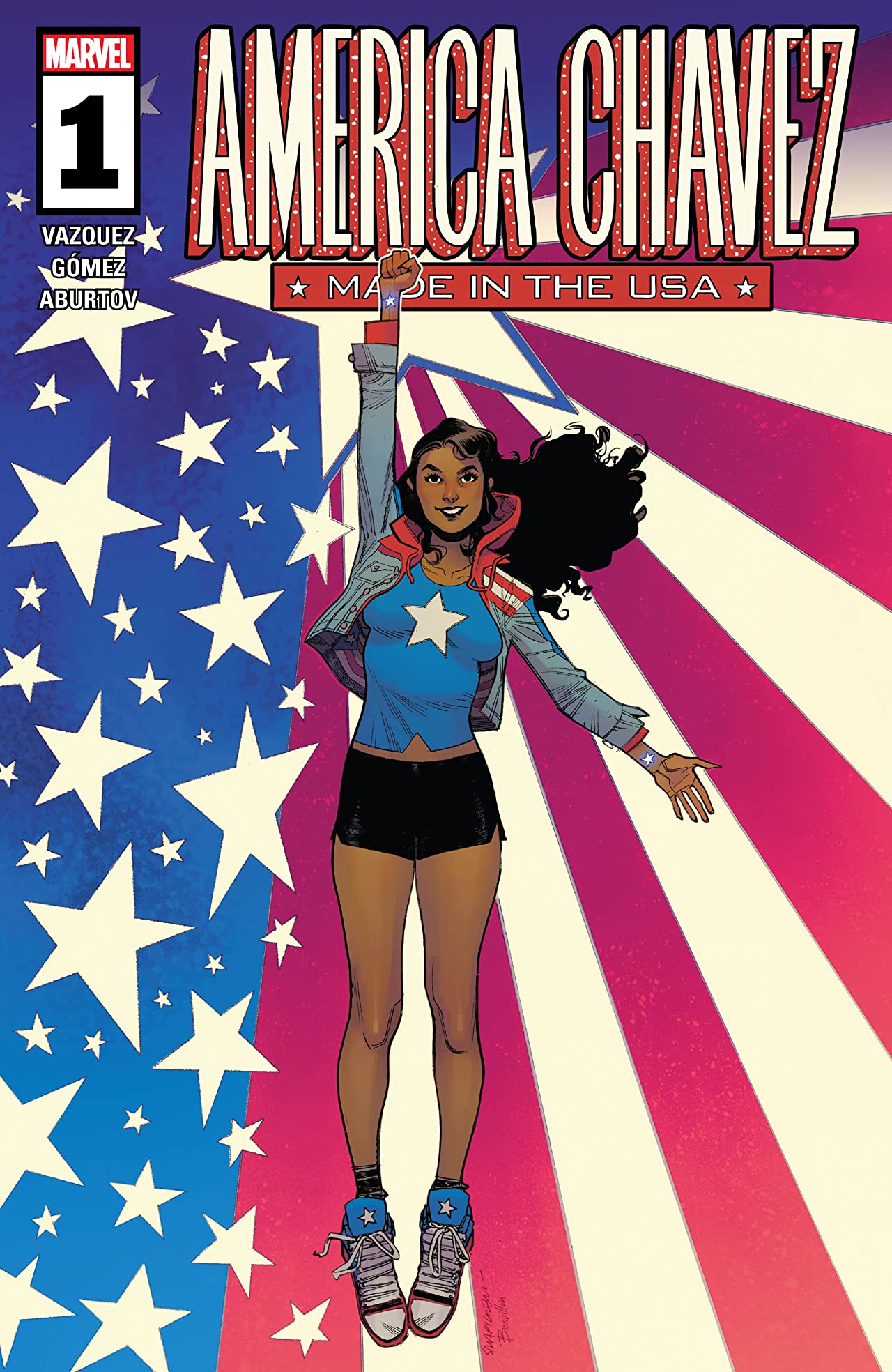 Well, it’s nice to see Marvel investing in perfectly entertaining EXISTING characters of color without making them a legacy character or sidekick (though there is validity to those entities too). America Chavez has always struck me as a worthwhile character that should be as popular as Ms. Marvel with what should be the same fast track. However, she’s suffered from the lack of diversity push from the higher ups at Marvel/Disney. While I don’t feel like much has changed, it’s nice to hold onto hope that America: Made In The USA is a step in the right direction.

Issue #1 is basically an ordinary day in the life of America Chavez until trouble on a hero level brings her back home to face a new enemy. While this is going on, America must deal with relationship issues and her mysteriously haywire power set. The action ends up being fun and well-paced without leaning too hard on the cameos. The camaraderie between our hero and Kate Bishop flows naturally. There doesn’t seem to be a pressing need to shove tons of banter in with Spider-Man when he shows up either, a rarity among Spidey appearances. This story plays out while being juxtaposed with moments from her past as a child being raised by civilian people.

There are obvious parallels to be drawn between her upbringing and that of a certain Big Blue Boy Scout but the flashbacks also reflect a vulnerability in America and a cultural nobility in the family that decided to take her in, knowing that her skin color alone made her more susceptible to be lost in the system.

Meanwhile, the visuals are a delight. Carlos Gomez and Jesus Aburtov work together to make every panel as vivid and lively as the script intended. A fist fight with giant mutant moles actually looked like a serious life threatening disaster and not an episode of Ninja Turtles written by Michael Scott.

Bottom Line: This first issue excels at giving previously unaware readers a refresher course in America Chavez 101 while still delivering the kind of fun superhero action Marvel readers sign up for. Definitely worth the coin for anyone curious about a worthwhile character they may not have looked at before.

8.5 Star Spangled Beatdowns out of 10