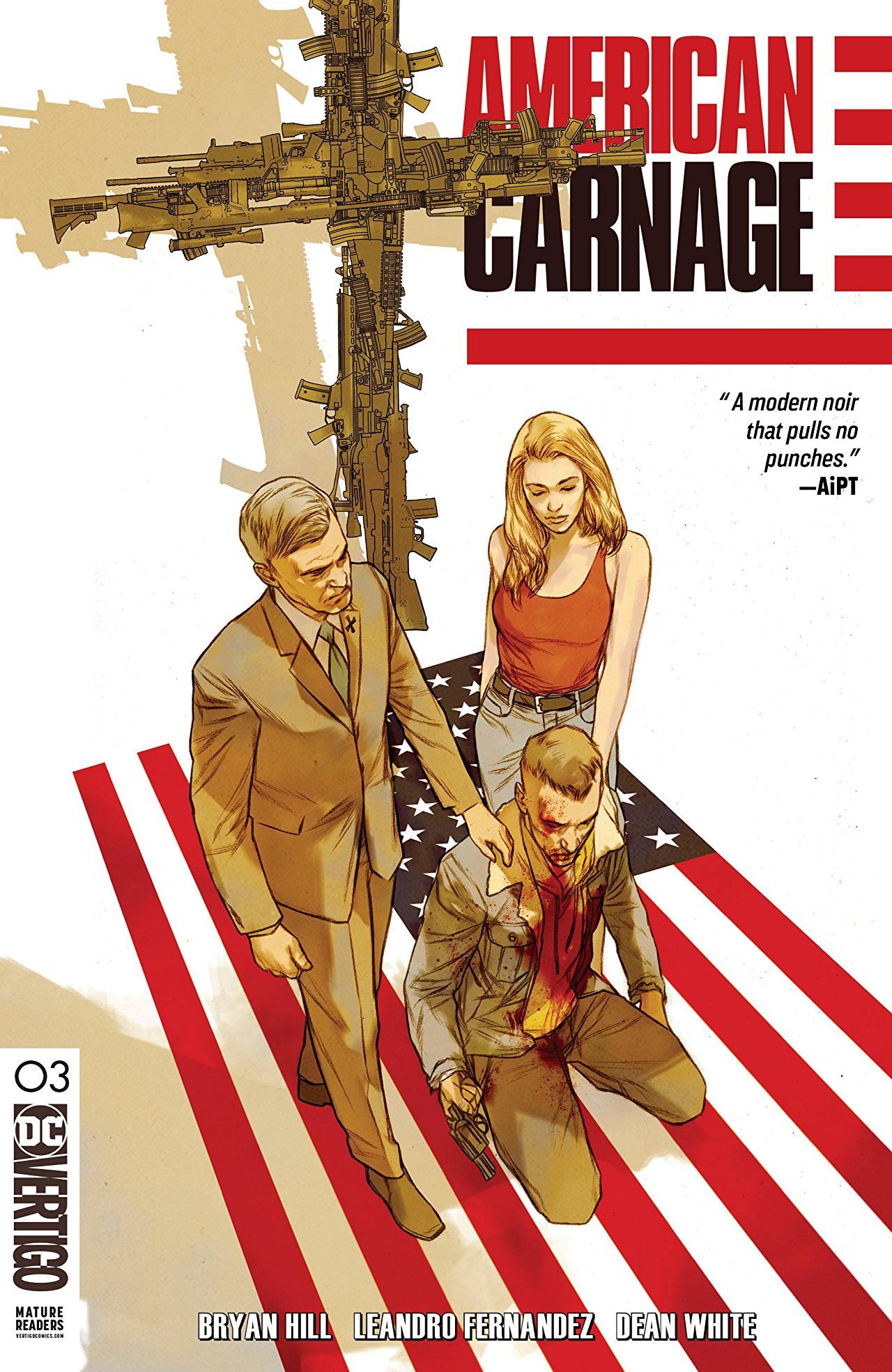 For the third time, I mentally braced myself when opening the latest issue of American Carnage. It bares repeating that this is a difficult book. It is violent and visceral and unrelenting in its depiction of hate. Hill does not pull any punches. Fernandez’s artwork is graphic as all hell. And yet, I find myself enthralled by Richard Wright’s descent into the depths of white supremacy and thinking “this series just keeps getting better.”

American Carnage #3 picks up nearly immediately after the end of #2. Richard (still referred to “affectionately” as Judo) is dragged out to a back alley where a bunch of horrible white men are beating up a black man who is bound and gag, and they expect Richard to join in on the pile up. Everything just sort of escalates from there, but while that is happening in the now, we also get some insight to the “Before” of Richard’s life.

Up until this point, Agent Wright had been a passive agent. He got thrust into an undercover job, thrust into the backyard party of a white supremacist, thrust into a back alley beatdown. Here, we see Agent Wright’s active decision to apply to undercover assignments, and Hill masterfully paints the psychology and socioeconomic background of Wright in plain and direct dialog. In a conversation about subterfuge and lost identity, Wright is frank about his biracial background and what it took for him to survive in St. Louis. He shines a bright light on how Wright wanted to use that survival instinct for something worthwhile, while slowly hinting at the creeping darkness that was to come. 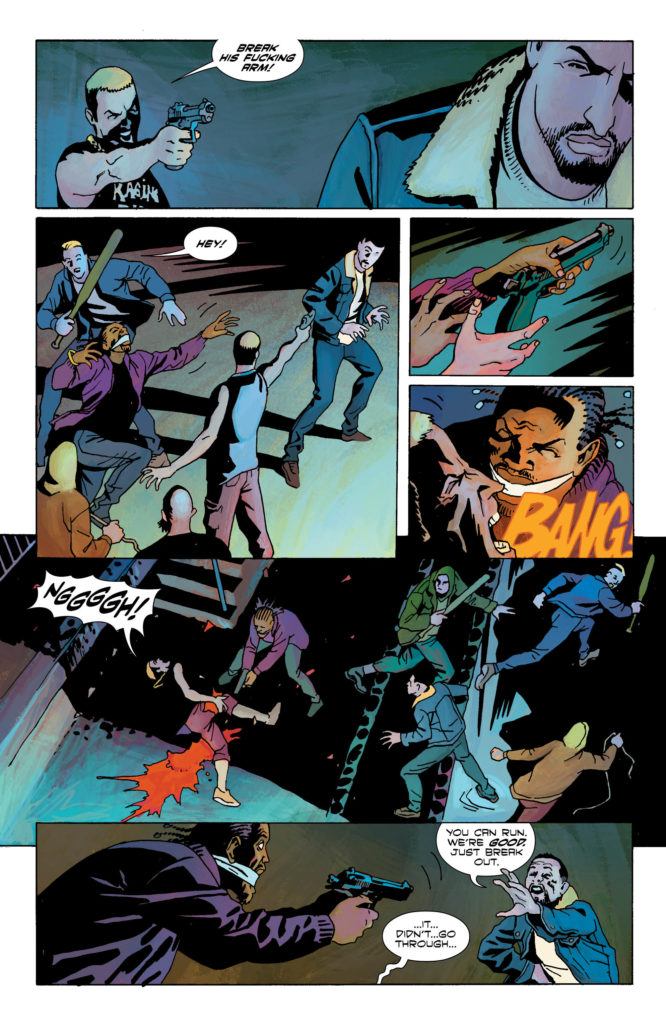 Yet, the artwork bolsters the incredible text to entirely brand-new heights. Fernandez’s artwork is brilliantly realized in its film noir aesthetic, but in conjunction with Dean White’s color, it takes on an entirely new level with its use of black space and silhouette. Characters are sown in a wide variety of lightings, sometimes consumed by the shadows and sometimes in the blinding light of a muzzle flash. It’s an exceedingly apt visual metaphor that is particularly pronounced in this issue.

American Carnage #3 is the issue where the series distinguishes itself from its peers. Hill’s research and honest writing coupled with Fernandez’s and White’s visual aesthetic continue to shape one of the most thrilling and difficult to read comics on the market, but if you can stomach the violence, you’ll find something utterly fascinating.