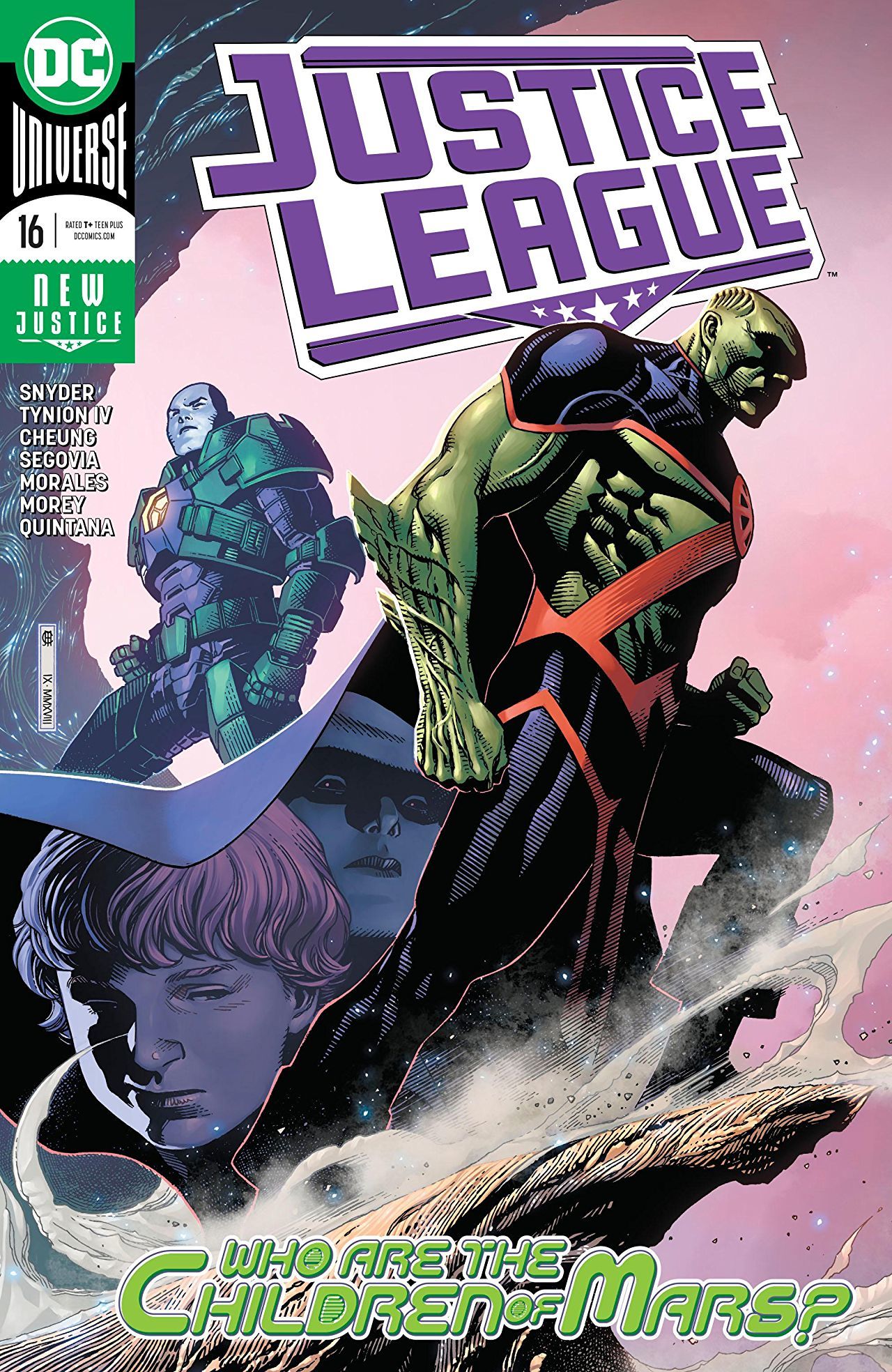 Justice League #16 took us back to school to take Multiverse History 101. It didn’t used to be a requirement before graduation, but now it’s one of the most important core courses in the curriculum. Everything is predicated off the events learned in this class. The teacher is the Martian Keep, and this is her last semester. So if you wanna get that eons old education from someone who actually lived it, this is your last chance. You better hurry, though. The seats are filling up and if you don’t sign up now, you’ll miss out on the opportunity of a lifetime. Martian Manhunter is gonna be the professor next semester, but he’s a lot more reluctant and burdened by the job. So, he probably won’t have the same passion that the Martian Keep has.

Okay, dumb analogy aside, this was an issue jam-packed with a lot of reworking and expanding upon what we thought the DC Universe was. Remember those answers that Manhunter had been clamoring for the past 4 issues? He got them in spades, and he probably now wishes that be never came barking up that tree.

This issue explored the past in a way that gave our heroes renewed purpose in the fight against Luthor and the Legion of Doom. They initially stood in his way because it’s just what they do. They’re the Justice League, and they don’t let evil prevail. But after the Martian Keep spilled all the beans to J’onn, it almost seems like it’s a lot more than just good rising up against evil. It’s Justice vs. Doom in the most literal sense. Almost as if it was ordained to be so since the beginning of time. 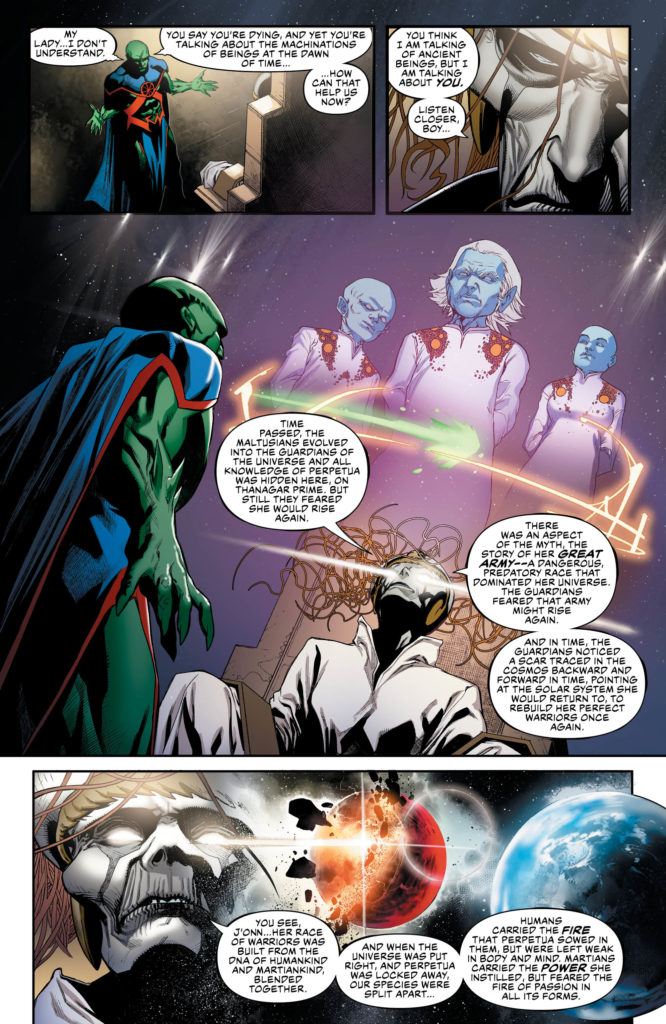 So for the first time in a few issues, it feels like our heroes have got some leverage. They know what’s coming and have the bullet points on how it was defeated before. They just need to make sure Luthor and the Legion of Doom don’t figure out how to get it here quicker, because the fate of the universe as they know it is on the line.

Aside from the gears of the plot grinding the story forward, the conclusion to this arc provided a lot of closure to our heroes’ personal arcs as well. Manhunter, eager for answers, now has them. Though, he might feel a bit more burdened by the knowledge than he would have hoped. Hawkgirl’s purpose is clearer than ever. After visiting home and learning of what’s happened there, she knows how and what she needs to do to help from this point forward. And John Stewart finally acknowledges that he had been running from his past. All this time that he’d been “devoted” to the Corps, he’d really been neglecting issues that he needed to face and overcome back on Earth. This trip to Thanagar Prime has helped him inch closer to that. These 3 are gonna go home so much different than they were when they left, but they are also stronger and more focused.

Sixteen issues in, Justice League still feels like one of the most important books on the shelf for DC. It’s the type of stuff that’s gonna have ripple effects far beyond the tie-in JL books. This is the forefront of the DC multiverse, and you don’t want to miss the puzzle pieces being placed week after week.