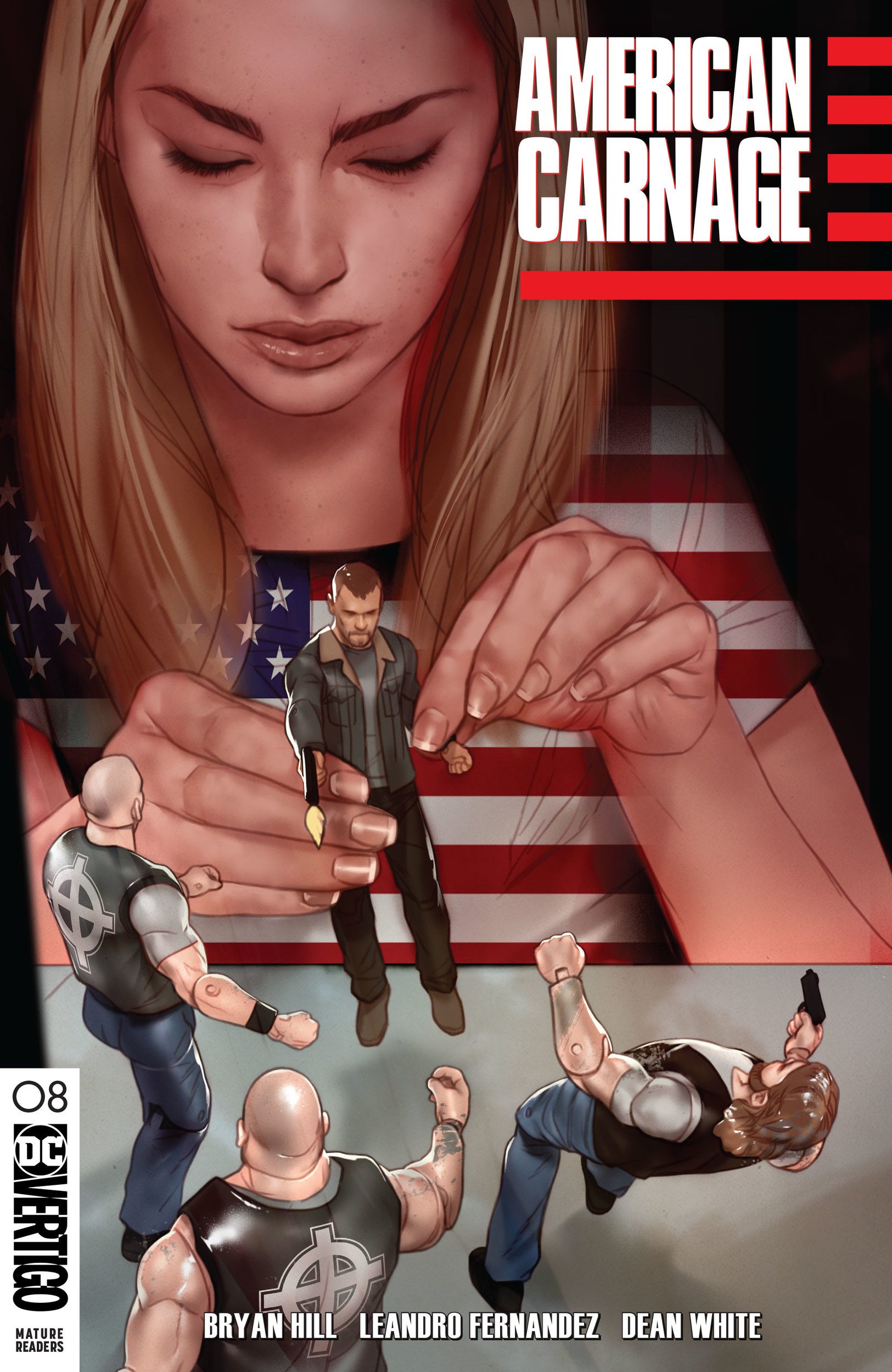 As difficult as American Carnage has been to read since its inception, there is a dreadfully potent allure with the story. The opening page of American Carnage #8 is devoid of anything dialog and instead just jumps between different bloodied bodies all brutalized. Fernandez has always excelled in using shadows and darkness to convey chilling moments, but this opener makes it very clear the penultimate issue is going to be a more overt kind of violence. This of course is immediately backed up by a chilling one page hostage spread featuring four words of dialog: I’ll fucking kill him. that immediately transitions into a terse back and forth. It’s moments like these that I live for in crime series: the breaking point after the breaking point, the signs that all the escalation is unsustainable, and everything’s about to collapse.

Hill has maintained a deeply compelling tale that cuts deep into strange zeitgeist that is 2019. It’s a story embroiled in the manifestations of white supremacy and feels like a time capsule of the particular frustrations of this era. And it’s in the particulars, the exacting details, that make the story almost universal. A type of tome that I could see myself reading a decade from now and reliving the proverbial carnage as though it were still fresh. Rick’s complicated descent into darkness, becoming a monster to fight monsters, is one of the most potent stories on the shelves right there, and it’s going to maintain. Fernandez’s art and White’s coloring continue to be remarkable and a defining feature of the book. It’s a comic that juxtaposes great violence with such somber moments and does so in a way that’s uniquely comic book-ish. 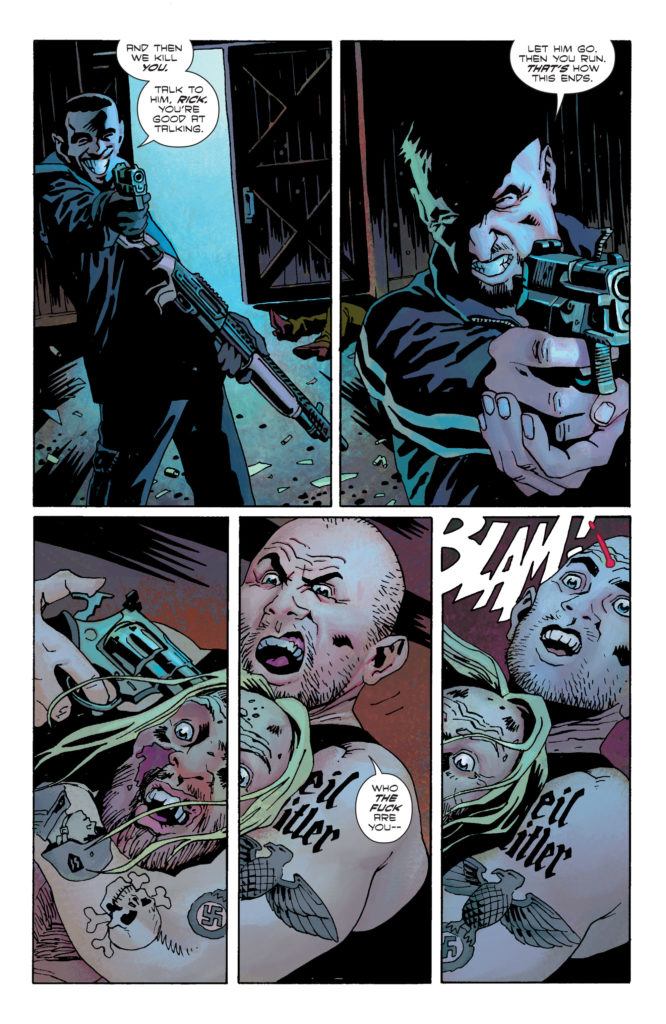 There is a nuance and understanding of the different dynamics in play that could have easily been overlooked, but instead Hill layered into the story. Compound all of that with Jenny’s tragic backstory texturing, not excusing, her behavior, Wynn’s rise to power, and Shelia’s crusade running off the rails: the penultimate issue of the series has created imbalance and the anticipation before the conclusion is breath taking.

American Carnage is one of the most challenging series I think I’ve read, but working through the story has rewarded me with a crime tale for the ages and even if #9 is the last we’ll see of the characters, they have already made quite the impression.