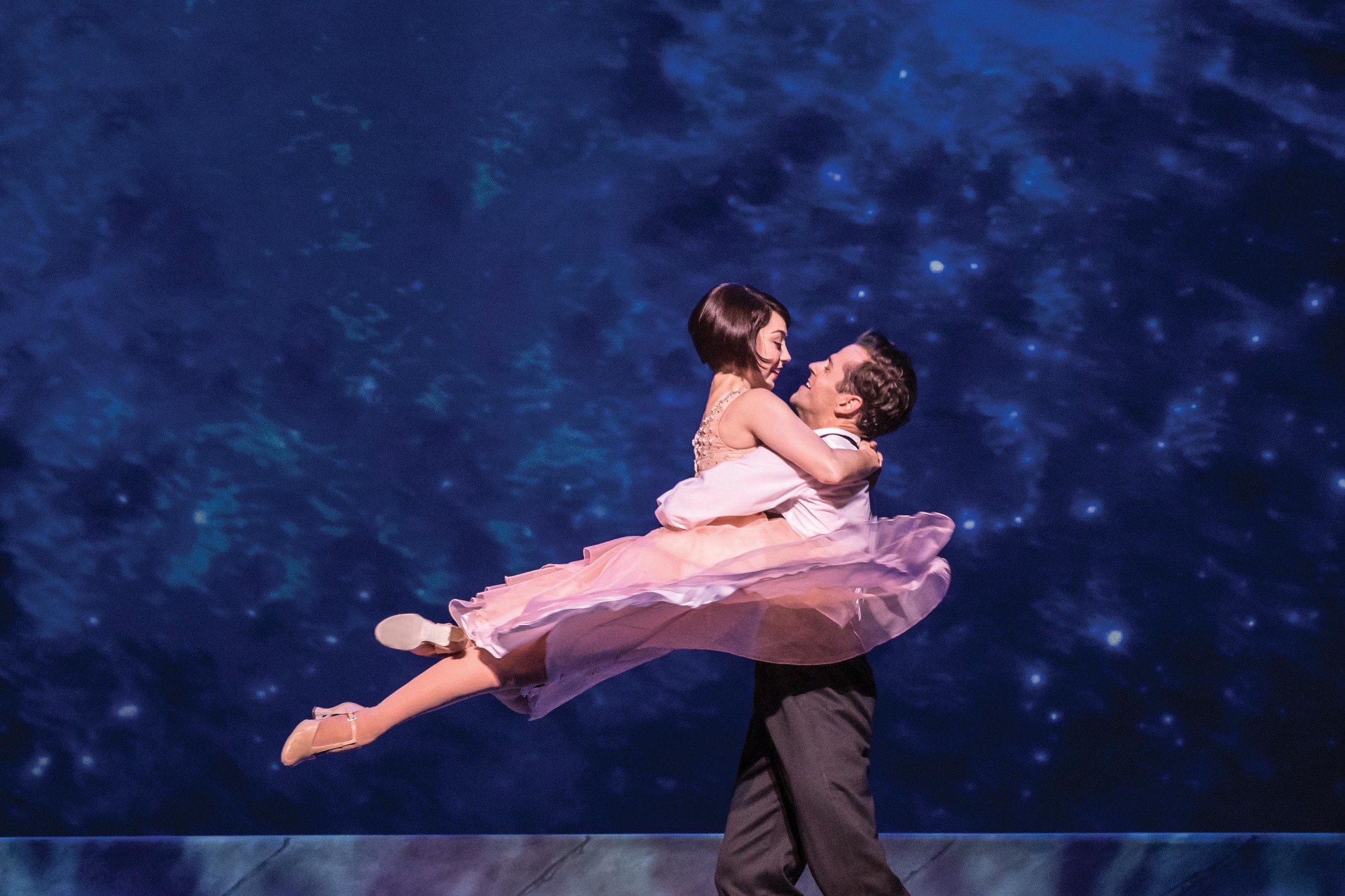 In the age of Diversity with a capital letter — a culture-shifting topic that influences entertainment to provide wider representation of and for audiences — it feels strange to watch a film like An American In Paris, a new rendition of the 1950s musical. The filming of the live musical, now re-released in theaters, does not feature a prominent person of color (or any person of color, to my awareness). It doesn’t take long into the plot before the fact of its whiteness is just one of several aspects that transports you to a world that tells the type of story we’ve now graduated from. Indeed, it’s a classic tale, and one that holds an undoubtable charm for those finding beauty in the “traditional values” of boy-meets-girl, perseverance through denial, and winning love to dance into the moonlight. For those who bristle at the Baby It’s Cold Outside-style seduction there’s little to hold onto in a film built upon its antiquated allure, but for others the 4-time Tony Award-winning musical will spark a feeling of international romance and enchantment that you might only feel on vacation.

On the heels of World World II, an American soldier named Jerry Mulligan (Robert Fairchild) decides to stay in Paris after several serendipitous encounters with a Parisian dancer. It’s a different Paris that he fell in love with, as the musical teleports us to a time before the romantic charm of the enchanting city — back when the city was more notably full of poverty, unemployment, and violence. The setting itself offers an interesting backdrop to its love story, as our characters — including our narrator who has also fallen in love with the same Parisian dancer as Jerry — climb the emotional staircase out of wartime as An American In Paris captures Paris’ transition into joy. That transition, the finding of hope and beauty both from and through art, is one of the most resonant and meaningful themes of the production. 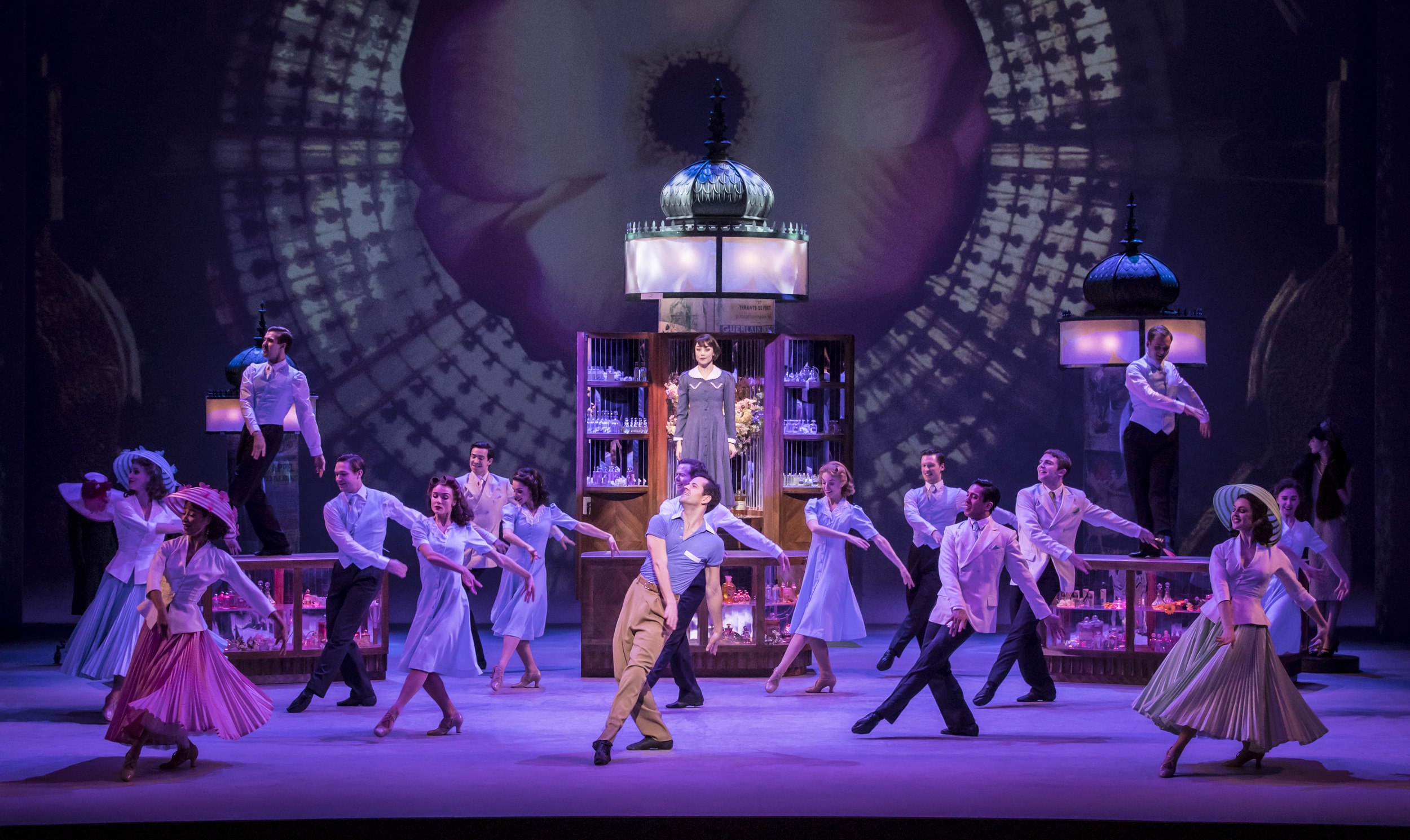 A few other themes include standard fare: following your heart, the value of independence, living for yourself and not others. They are fleeting though, feeble and unworthy in comparison to the stunning performance by the heroine, Lise Dassin (Leanne Cope), who shines brighter than the lights that follow her strong, stunning, evocative performance across the stage. Three newly-acquainted men fall in love with her, unbeknownst to one another, and become friends as they share stories about their lives and the new woman they want to have join them. Only one of them is the frontrunner of course, Jerry, who woos Lise in classic romance fashion that plays out well in dance but reads notably rapey by modern standards.

Directed and choreographed by Christopher Wheeldon, the musical is anchored by the dance sequences between Fairchild and Cope when they’re at their closest, tangling and untangling like a magic trick of rope. For me, music and lyrics by George and Ira Gershwin relay the most whiteness of the musical, with jazz rather barren of foot-tapping soul and “fun” songs you won’t remember past the final bows. Instead, the best is when things are slowed down a notch, and the stage cleared, left to feature only a few dancers at a time or, even better, just the two. 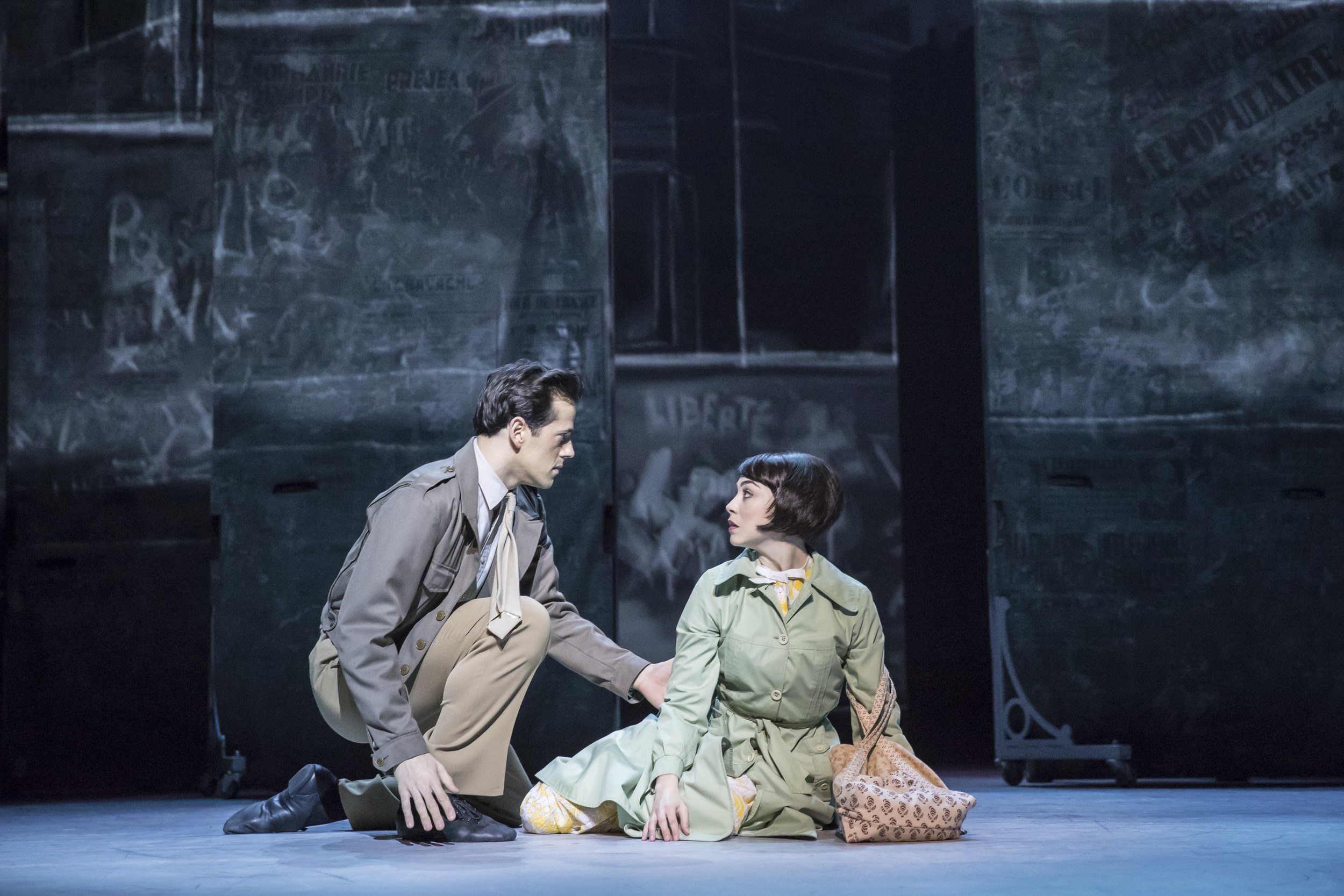 Overall, whether for the romance, history, or music, 2018’s theater release of An American In Paris is worth watching on its merits, not to mention for the history lesson (or reminder) of one of the most celebrated musicals of all time. Leanne Cope is easy to fall in love with, and so is Paris for that matter, if only in the end. And if nothing else, watch this one as a reminder of where we used to be in entertainment. Unfortunately 2018 looks a bit too much like the original premiere of An American In Paris in 1951. When it comes to diversity and romance, we’ve come a long way from then.

You can find a local screening of An American In Paris at a theater near you.