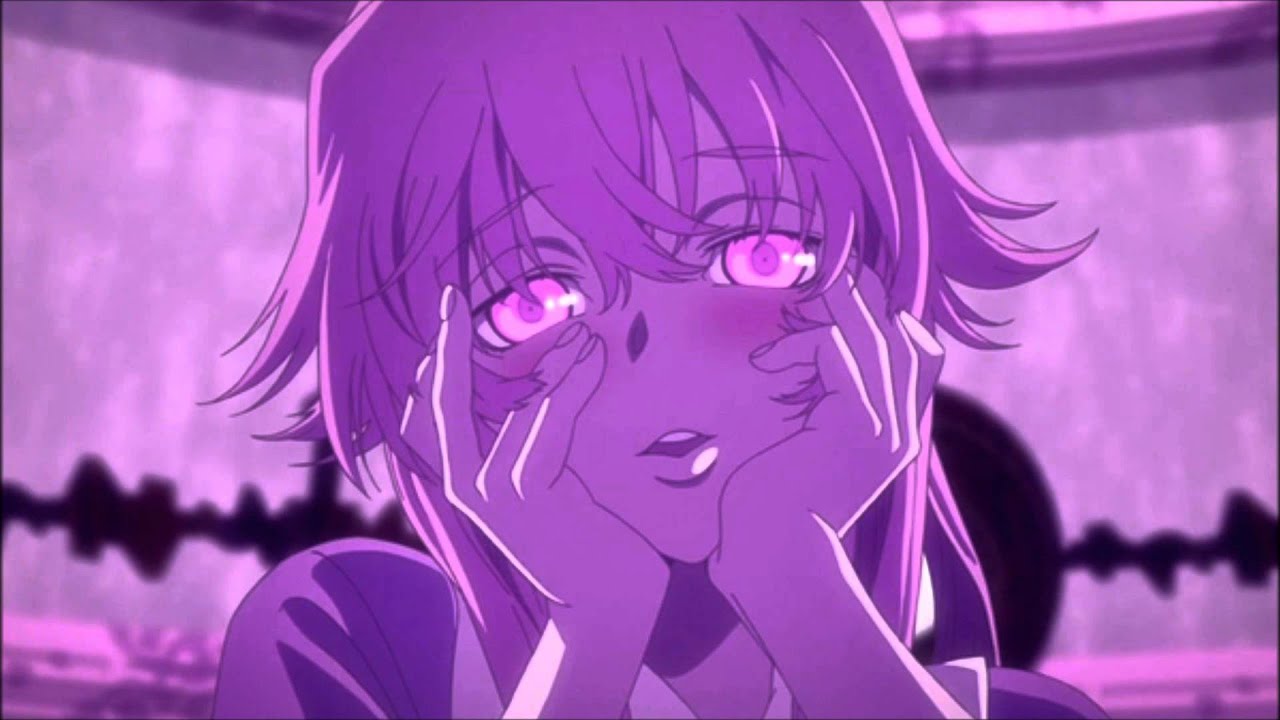 A waifu is usually a female character from animated media mostly Japanese anime. Waifus come in many different shapes and sizes. You might have heard that word thrown around in different situations. Maybe you’ve even uttered the word yourself. Today, we’re going to focus on one of the multiple types of waifus, the yandere. Editor’s note: If you’re particularly new to anime and you’re still fresh behind the ears with the jargon: understand that there is a level of hypersexualization of female characters present in this fandom. Also, there’s a number of many childlike female characters that are actually of age get placed in waifu status. Go figure.

So this article isn’t as random as you might think. Back in May, we had a 2020 springtime anime roundup on Instagram Live. (Part Two here!) During the stream, more than one person wasn’t sure about what a yandere was and had to ask for clarification. So, we’ve decided to give a primer on what a yandere is to help educate the masses.

The word yandere is a combination of yanderu, which means to be sick mentally, and deredere, which roughly means to show affection. You’ll notice that the terms tsundere, dandere, and kuudere all end with “dere” because these characters usually show love in some way. A yandere is one of the prime types of waifus in anime.

It’s also important to note that while most of these archetypes are portrayed by female characters in manga and anime, male yanderes do exist and the general male equivalent of waifu is husbando but we’re not going to get into that. Tsukiyama Shuu from Tokyo Ghoul and Rolo Lamperouge from Code Geass are prime examples. If you know both of who both of these characters are, you’ll realize they share a few similar qualities. These qualities make up the basic foundation of a yandere.

The main building block for yanderes is undying love. Sometimes this can be literal, but typically it’s just a figure of speech. Yanderes love and they love hard. Generally, yanderes start with your typical everyday lovey-dovey stuff. Then, throughout the series or even in one episode, the passion takes a drastic turn. It transforms much like the character themselves into an unhealthy obsession with their object of desire.

This obsession can come in many forms, including the prime method of claiming that someone is theirs. Calling someone “yours” is common in relationships. They’re my significant other. While the possessive nature of that statement might mean nothing to many, for yanderes, it means that their beloved does belong to them, and they’ll keep them by any means necessary.

Yanderes show their affection in the only way they know how. While they’re mostly known for hurting or even killing others to preserve their love, that’s not the only way yanderes show their affection. Sometimes there isn’t any violence at all, and they can manipulate other characters or find other means of ensuring their version of love stays true.

Yanderes routinely show that they only care about the object of their affection, and anyone who stands in the way of their love isn’t worth having around. Yanderes also aren’t always obsessed with the one they love from the moment they’re introduced. School Days, which we recommended if you want to have a nice laugh because it’s not great, has a character who doesn’t become a yandere until the end.

Why are Yanderes so Popular?

Reading about yanderes might make you ask yourself why these characters are so popular. They usually carry out their love methods with no regard for anyone other than the one they desire. Anime watchers love these characters, and they sometimes actively root for them to succeed in the story, depending on their role. It’s easy to say something along the lines of “crazy characters are fun,” but there’s a little more to it.

Yanderes may take things too far, but remember what the main building block was? Undying love. Yanderes love someone no matter what. They’re some of the most loyal characters that exist. They will do anything if it means that the person they love will be happy. Sometimes that might even mean causing emotional pain for themselves. Yanderes see the best version of someone.

The characters that accept a yandere’s affection find themselves conflicted because they are insane, but they see something inside of them that no one else sees. Yanderes are popular because they’re compelling if written correctly and can bring out aspects in a story that average romantic partners wouldn’t be able to.

There was no way we could write about yanderes and not bring up the queen of yanderes herself, Yuno Gasai from Mirai Nikki. You might know her as the pink-haired anime girl that routinely popped up as everyone’s avatar or icon on social media when Mirai Nikki was at its peak. Her love interest is Yukiteru Amano, the protagonist of the show. We’re not going to go too in-depth, but there’s a death game, and Yuno has to protect Yukiteru by any means necessary. She loves him unconditionally and appreciates all the little aspects of him that he sees as flaws. She embodies what makes yanderes so endearing. She represents the purest building block of the yandere archetype, undying love.

Yanderes are deadly characters with innocent motivations. They love someone and want to make sure they protect and keep that love. Their methods might be extreme, but in the end, it’s something relatable. You probably wouldn’t want someone like this in your life because they are legitimately dangerous, but in a fictional world, there’s a lot to appreciate. We hope you learned a little something about yanderes, and the next time we have a live stream, you’ll be able to say, “Hey, I know what a yandere is,” and you’ll thank us. Talking about waifus isn’t the most rewarding job, but somebody has to do it. Enjoy this newfound knowledge, and be sure to look out for yandere characters when you watch your next anime.

See more of our anime coverage including interviews and more here!

See our Instagram for more live streaming chats about all things nerd here!