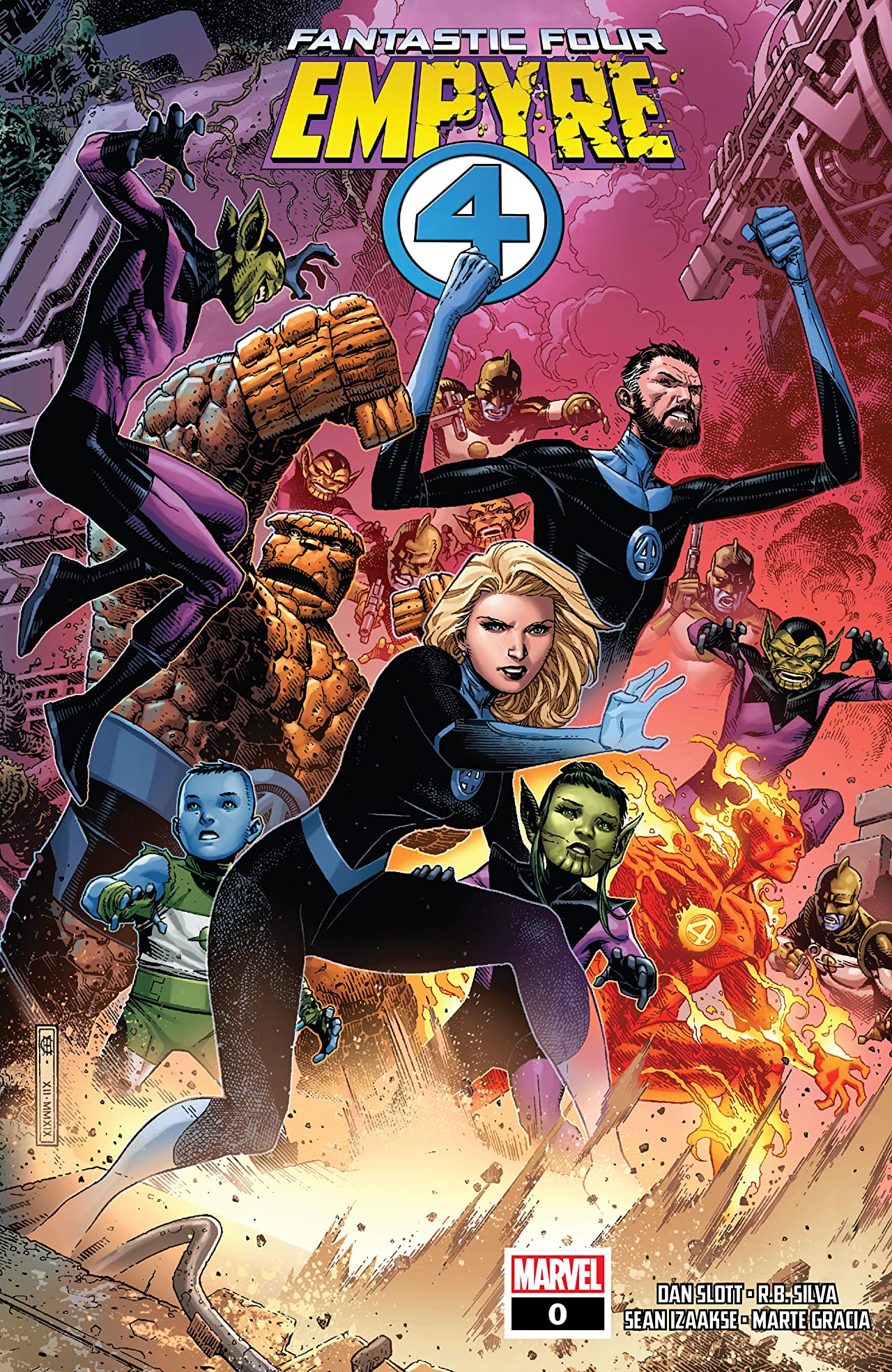 Another week, another puzzle piece to Marvel’s upcoming Empyre event. Comic book events can feel overtly bloated and convoluted (no one should have to read 10 different series to follow a story). However, these prelude issues to Empyre have been pretty solid so far. The same is true of Empyre #0: Fantastic Four, an issue that acts more like another Fantastic Four adventure than a lead up to the event.

Empyre #0: Avengers laid out the groundwork for the new Kree/Skull alliance. You can read our review here to find out more about how it foreshadows the upcoming event and the Avengers’ role in it. What Empyre #0: Fantastic Four does is show the impact of this new alliance on the galaxy. The Richards family gets to see firsthand how the galaxy is reacting to the unexpected union of the two most powerful feuding races.

Readers follow the team in space as they basically run out of gas in the Fantastiship. This leads them to hitchhike their way to the Casino Cosmico, an underground casino and battle arena once run by The Grandmaster but now in the hands of his sister, The Profiteer. While the team tries to find a way to get some fuel, the usual superhero shenanigans are afoot as we learn more about the Casino and the Kree/Skrull alliance.

The adventure is a fun read that makes a better Fantastic Four one-shot than an Empyre tie-in, which is my only problem with this issue. Dan Slott works wonders with stories like these that are short and sweet. The banter is funny, every character is the best of themselves, and the action is top-notch as we get some good arena combat and fun callbacks to old lore. Artists R.B. Silva and Sean Izzaake make space look stunning and nail the aesthetic of the alien architecture of the Casino Cosmico.

What we don’t really get to see in this issue is what role the Fantastic Four will play in this conflict. I like the idea of the galaxy reacting to this new empire forming and destabilizing the ecosystem but we never get what was teased at the end of Empyre #0: Avengers. It’s basically just another day for the Richards family, which is not a bad thing. The issue is still lots of fun, and we know the Fantastic Four are due for an encounter with the Kree/Skrull army. Unfortunately, we just don’t know what that encounter will be.