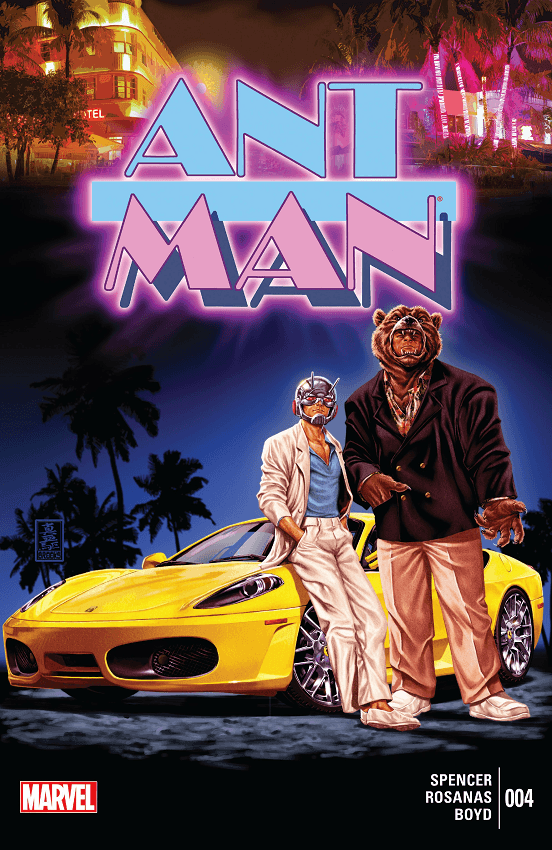 I don’t know how many times I can tell yall that Ant-Man is the sleeper / underrated book from Marvel that you should be reading. We’re seeing the first real sense of a villain putting the screws to Scott Lang. It’s one from the past and unlike most villains they are not under estimating the god of shrinkage. They got microscopic lazers, pesticides, bullets, more bullets and indoor pool and an outdoor pool to fuck up Scott’s Infiltration game. We are seeing Spencer really testing Scott as a father and hero at the same damn time. We’re also seeing a unique approach to those around him such as griz, his first employee, offering help from a friend from a villain support group.

Spencer is setting Scott up to be creating a team of ex-cons/villains trying to go straight. It’s like the Thunderbolts but they get paid and are light hearted. Its fun seeing Lang not only taking down villains but also thinking of recruting the henchmen and being able to tell the vets from the newbies as well as those phoning it in. Spencer really has him being a good employer even when henchmen ass, he’s still a good enough person to wanna offer a legit job to these guys. 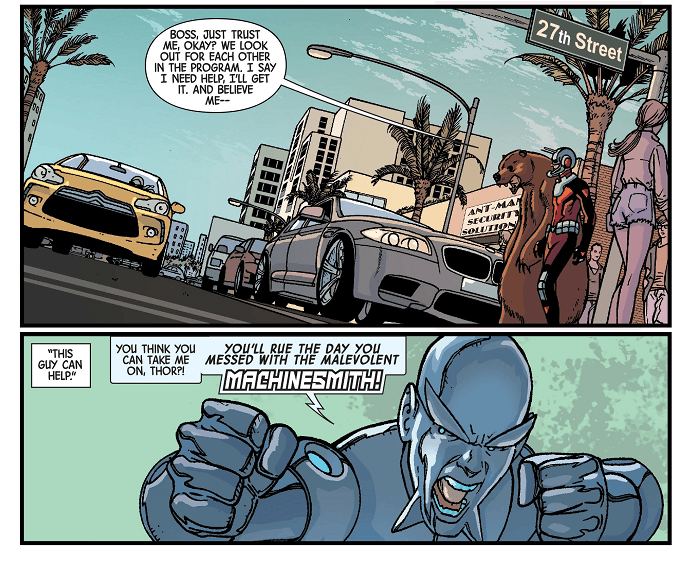 I gotta mention that Rosanas did the damn thing art wise this issue. First off his art reminds me of Aja which is dope game but whenever he draws Scott Lang shrinking and fighting, thats where he shines. There is a scene where Scott Lang is dodging bullets while shrinking as we see them going by him as he is jumping off small debris to avoid being hit. It’s that attention to detail that makes Rosanas the right man for this book. Each issue I’m surprised on how he put a new spin to such a simple ability as shrinking or talking to ants.

Please believe me when i say we need to protect Ant-Man at all costs. This book is truly something special. This is the sequel to the matt fraction/ David Aja Hawkeye run man. This is the book with that good good. Please give it a try. I honestly can NOT stress that enough. LOWERCASE GAME SCOTT LAAAANG!