type in your search and press enter
24 Shares

It’s hard out there for a movie nerd right now. My guess is that many of you are probably coping with the aftermath of Infinity War and the rest of you are probably preparing to cope. Now, my first thought when I saw the Ant-Man and The Wasp trailer was “is Marvel playing a joke on us? I’m expected to care about these two after what I just saw?” Yet, true to form, the actual trailer had bars and may actually provide the emotional catharsis we need for our summer blockbuster.

After the events of Civil War, Scott Lang (played by the ever personable Paul Rudd) is out here trying to be a good father and a good crime fighter and he seems to be struggling with the crime fighting bit. He is of course only one man and ants are famous for their teamwork. After a pep talk from his daughter, Scott seems to be receptive to idea of expanding the team. Thankfully Hope van Dyne (Evangeline Lilly) seems more than amenable to partnering up and joining in the good fight.

Other notable characters include Luis (Michael Peña) who still has all of the jokes and a lightning fast tongue, Hank Pym (Michael Douglas) still trying to mentor the next generation of mininature bruisers, Bill Foster (Laurence Fishburne) as Hank’s former assistant, and our quantum-phasing villainess Ghost (Hannah John-Kamen) who honestly looks like a hunter ripped from Destiny, but hey, it’s a cool looking suit.

I didn’t think I was going to care about the first Ant-Man film. I only a passing knowledge of the character and was following Avengers: Age of Ultron, a rough venture in Phase 2 of the MCU. Yet, I was charmed by the thriller with a superhero twist and the comedic beats and I found myself rooting for Scott Lang to get his happy ending. Ant-Man and The Wasp feels more like a traditional action flick with size-changing shenanigans, but the promotion of Hope van Dyne to full on hero status is something we haven’t seen in the MCU yet. The trailer dragged a couple laughs out of me. And honestly? After Infinity War, that’s impressive.

Ant-Man and the Wasp premieres on July 6th. 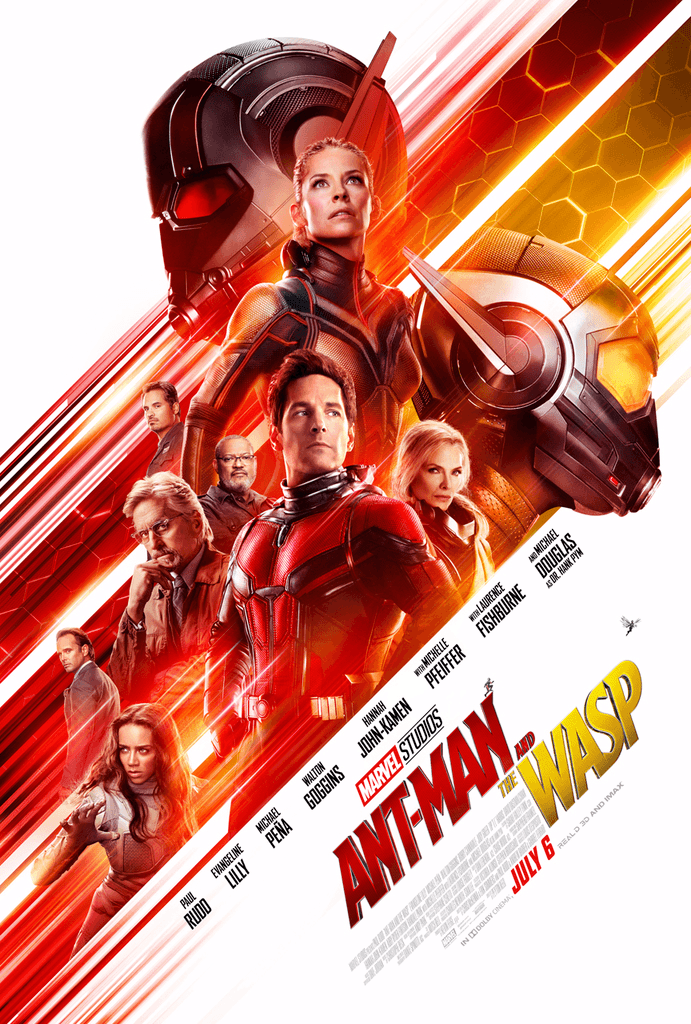