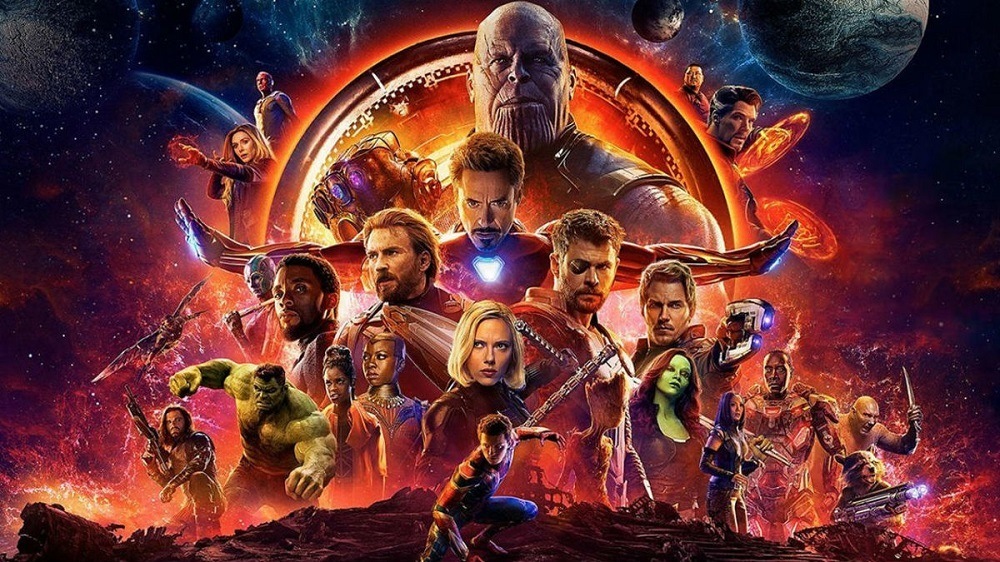 Everything You Love Is At Stake in Avengers: Infinity War, a Movie You Need to See Now

One does not consider fun while balancing the universe, but this does put a smile on my face.

The ominous and sinister words spoken by Thanos in the trailer also bend towards the direction of Anthony and Joseph Russo. The writers and directors of some of the best Marvel films thus far, have taken on the responsibility of fulfilling the promise that the previous dozen and a half Marvel films pledged ten years ago. While many directors have turned in outstanding takes on the Marvel heroes in separate films, it’s hard to imagine another team more poised for this ambitious of a film. And even harder to imagine them getting it wrong. My one spoiler is that they don’t. Infinity War is strange (Doctor or otherwise), sprawling, hilarious, awe-inducing and of course, really damn good.

Even after seeing Infinity War, I can’t imagine it being the consensus best Marvel film for most folks. (While not undeserving, there’s just something for everyone in the MCU.) But it never needed to be. It needed to be the culmination of all the stories that came before it and the movie doesn’t waste any time showing that. Almost no previous movie is without a character, callback or significant plot point brought forward in the big payoff film, making it more than lip service that this was a film 18 movies in the making. 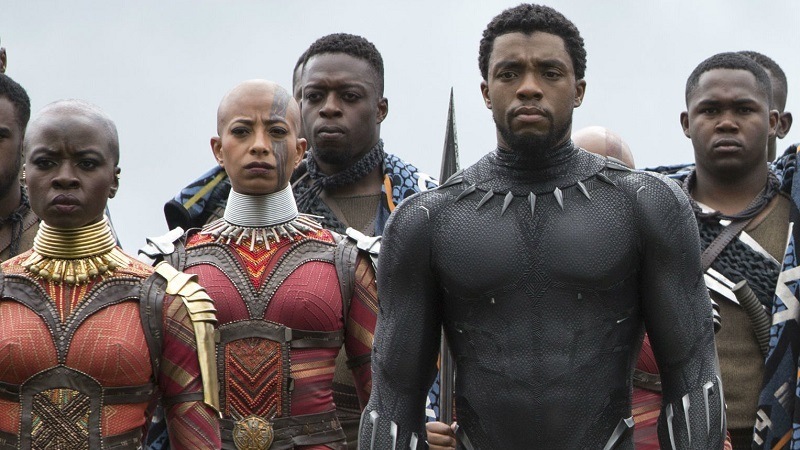 What should be obvious, but is still disheartening, is there is all the screen time and yet not enough of it. No long monologues from new fan favorites like M’Baku or Mantis. There simply isn’t enough time in a super dense, two and half hour film. What it does provide are very poignant sections that both legend-build and raise the stakes. Infinity War manages to both give us multiple heroes’ quests without the film feeling too disjointed or scattered. Every time a team breaks apart, there is a thread where we inevitably feel like a reunion is upon us, usually in grand fashion.

Also, the stakes are real – very real. While the strength of the film is in the renewed familiarity and chemistry of so many favorites, the success would always hinge on how viable Josh Brolin’s Thanos would be. Whether you’re a comic book fan or not, Thanos was always going to be a difficult character to make relatable and able to be taken seriously. A hulking, purple and monstrously strong demigod of sorts, could go wrong in a lot of places. While not a perfect depiction, you don’t get Josh Brolin if you didn’t plan on trying to bring nuance to the character. 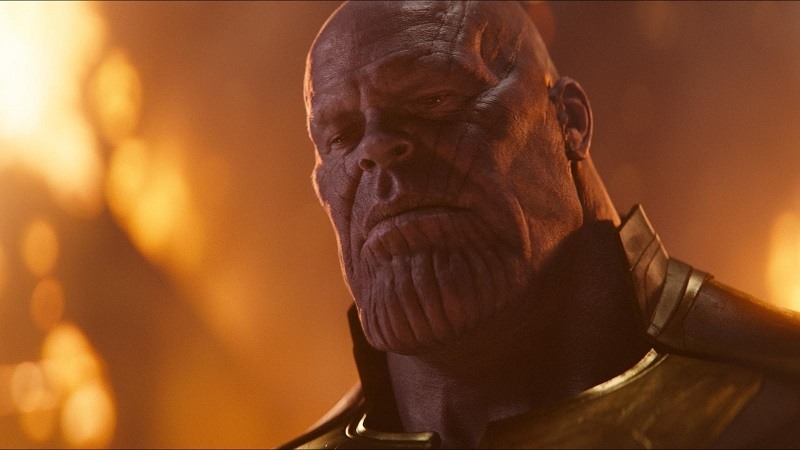 There are a lot of scenarios that I can imagine of someone explaining to me the humanization of Thanos. All would have resulted in an instant eye roll. Infinity War almost completely nails it, showing Thanos as not simply the mad Titan, but an antagonist with a very clear plan and will to execute: no matter how troubling he found it. While not as relatable a villain as Killmonger, or as spellbinding as Hela, Thanos is foreboding and deserving to fight the galaxy’s strongest.

Which is to say, that the action is the top of the heap as far as action films go. The disappointment often lies in not getting to see characters in action for longer stretches because there’s another locale to cover. Whether on a crowded New York street, on Thanos’ homeworld, Titan, or in Wakanda itself: the action and CG are still operating at a much higher level than anything else in the genre (yes, yes, I’m looking at you DC). In doing so, the heroes look like phenomonal badasses and can still be seen to be mostly over-matched by the seemingly insurmountable Thanos. 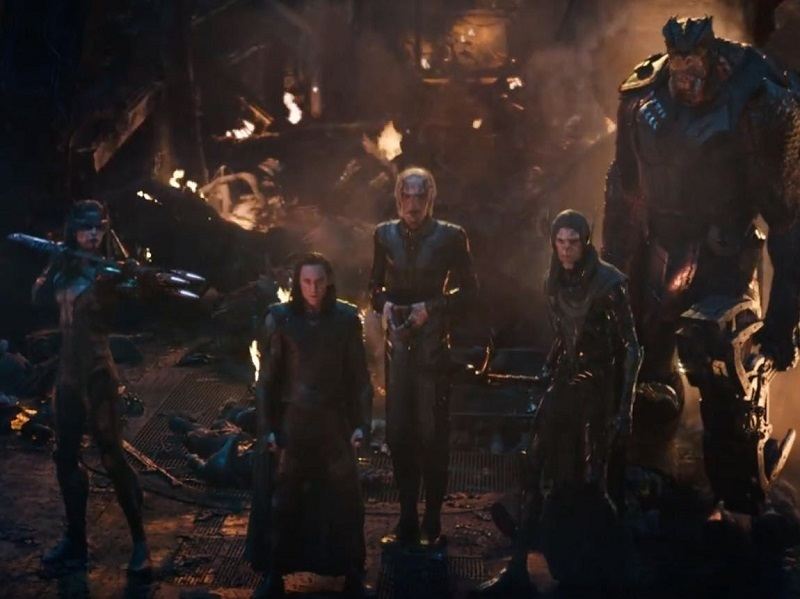 What we can’t skip over is the amount of levity in the film and its overall use. Infinity War isn’t just funny, it’s downright hilarious in parts. They spend a lot of time setting up jokes and situational dialogue which helps throw the balance of the film into line. And it’s necessary. Infinity War is essentially a dark film. Perhaps the gravest film of the whole universe. The stakes are high and it lets us know in the first 10 minutes that everyone is extremely vulnerable. I often resisted the urge to check on the contract status of an actor because I truly believed that any of them could die at any moment.

This is perhaps the biggest curve that Marvel has thrown in their universe. The basis of these heroes is that they often overcome impossible odds to earn their title. Infinity War is littered with battles that seem like they could end in heartbreak, which some of them definitely do. When it was announced that this would change not only the MCU but comic book movies as we know it, that was no exaggeration. A few hours later, I’m still not sure what to make of it except that I didn’t anticipate how far things would go and how dire the situation could become. 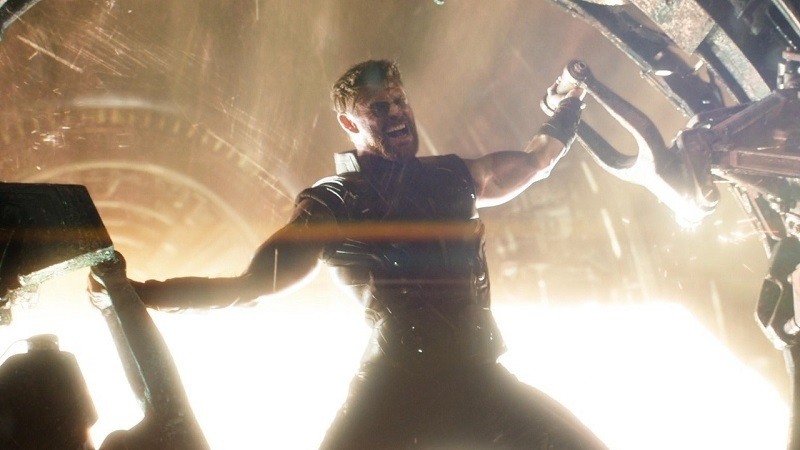 Infinity War is a ridiculously ambitious film that definitely benefits from the absolute juggernaut that was Black Panther before it. But the film is great on its own, bringing together so many heroes who not only have a chemistry with each other but with the environment itself. This chemistry helps give lots of individual shine to a sprawling plot and cast. Infinity War is an absolute achievement on a logistical level and as daring as any comic book movie has a right to be. It automatically becomes one of the most essential comic book movies ever made and proves that any idea or story is not only possible, it should be encouraged.