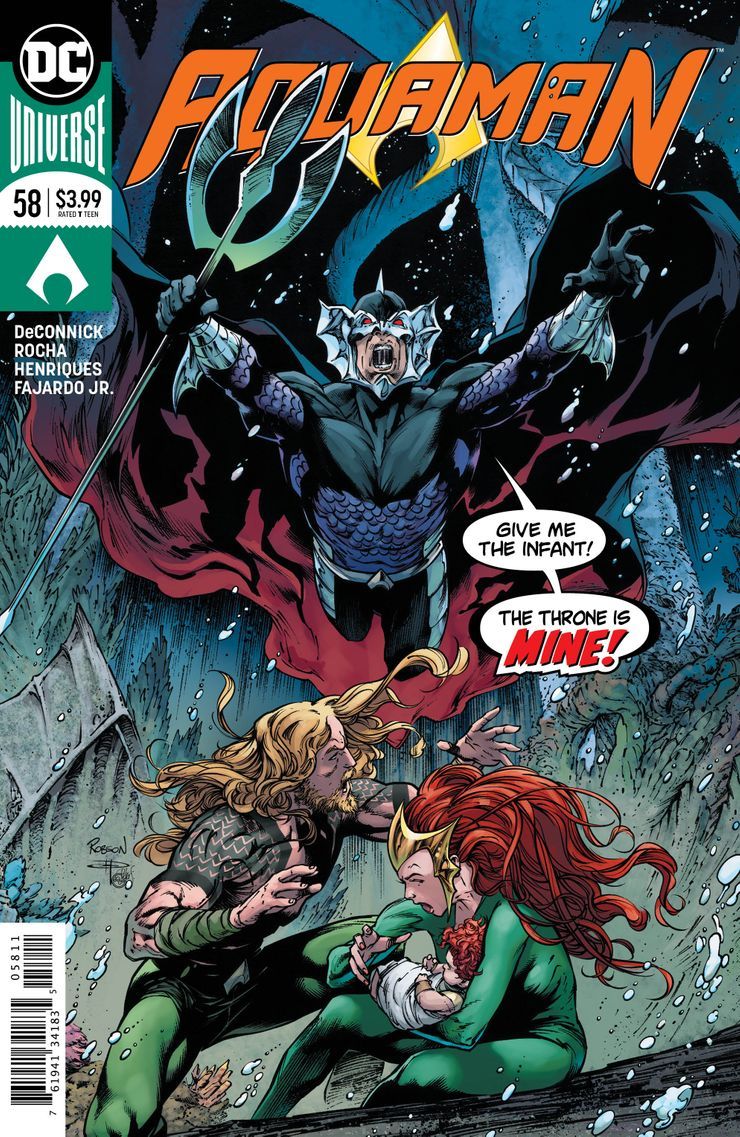 Aquaman #58 was an example of what it’s like to properly juggle multiple characters with varying motivations and ensuring they all develop — even if they’re unconscious the whole time.

The issue opens up with Queen Mera deep in a coma and Arthur living on land with their daughter, Andy, after abdicating his throne.

Note: With a superhero wildchild for a dad, it’s not surprising that Andy is a handful and adventurer for a toddler. But it’s ridiculous that everyone’s perfectly okay just blaming this baby for wandering off and getting into near-fatal trouble instead of the people responsible for watching her!

Meanwhile, Ocean Master is leading a revolution by providing the cure for a disease — that, let’s be honest, he’s probably responsible for — to the neglected citizens of the ocean floor when they feel abandoned by Atlantis. 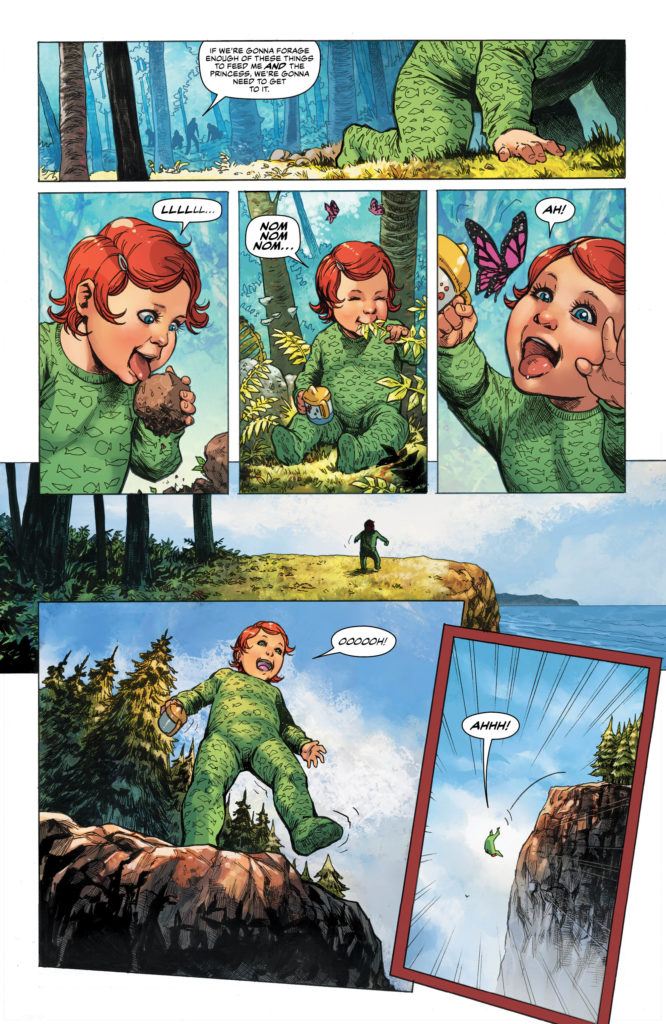 We’re introduced to some interesting characters in this issue, like Dolphin, and given more time with others who will surely come into play more as the story carries on. But the most impressive feat accomplished here by DeConnick is keeping Mera so deeply involved in the future of this arc despite being comatose. This was accomplished with the effective use of a flashbacks and a surprising plot twist.

Note: This will likely lead to an interesting conversation about monarchies and outdated laws, but we’ll get to that when the time comes.

Lastly, Mendonça does well using subtle differences to set the scenery and, somehow, making Aquaman look even more presentable after a quick glo-up.

Reading Aquaman? Find BNP’s other reviews of the series here.