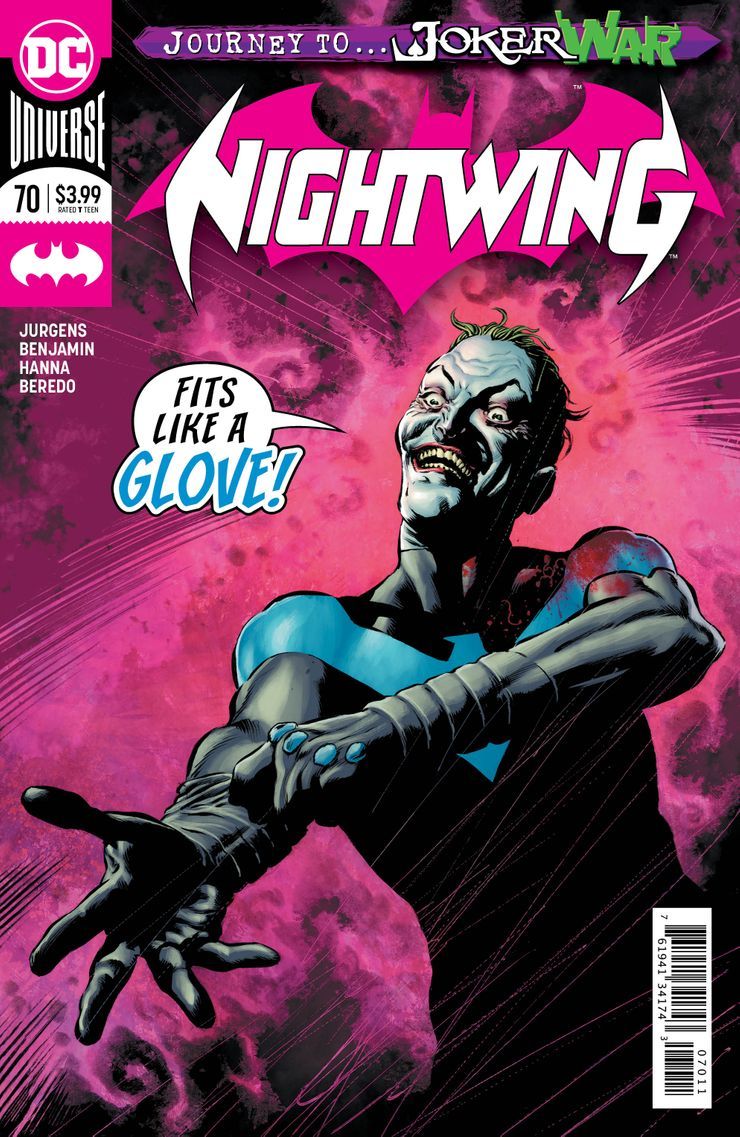 One of the accomplishments that writers impress me most with, is when they’re able to anticipate the reader’s questions. In Jordan Peele’s Get Out, he had already built in answers to typical horror film questions like “Why don’t they just leave!?” or “Will somebody call the police?!?!”

In Nightwing #70, Dan Jurgens anticipates the questions of “Why can’t Dick just talk to Batman?” and “How the hell does the Joker get involved?” to keep the story on the right track.

This is impressive because stories rely largely on conflict and once you can figure out a simple solution to the conflict you’re no longer invested. 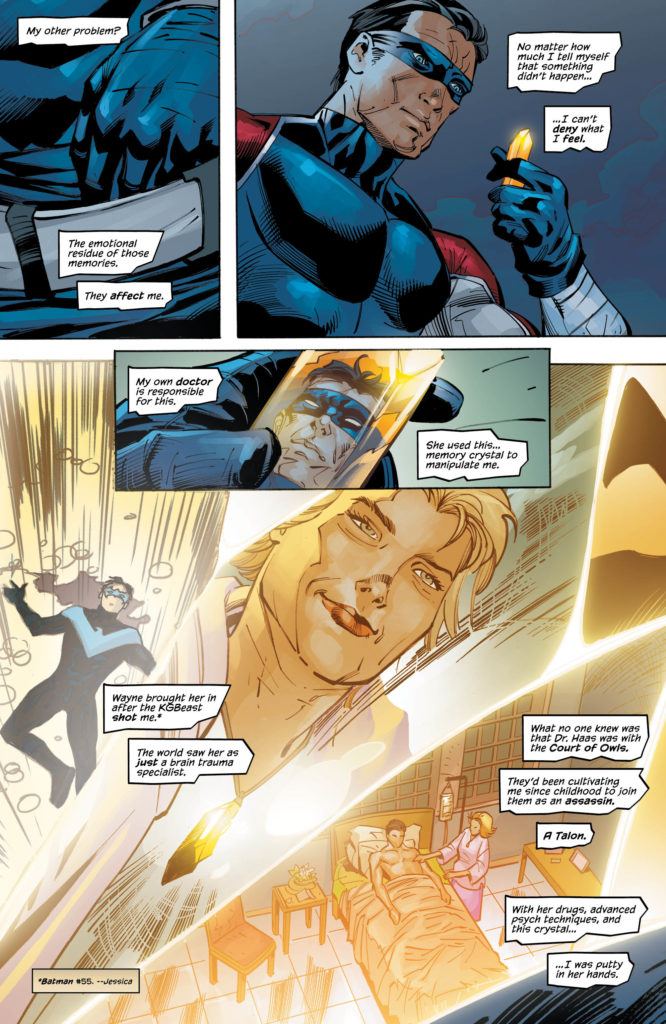 Nightwing #70 picks up with Dick Grayson reeling from regaining his true memories after being brainwashed into thinking he was a Court of Owls assassin named “Rick” — don’t get me started. Now, he’s stuck not knowing which reality is the truth and can only trust a very small circle of people he knows he can remember, which coincidentally excludes the entire Bat-Family.

After four other Gotham police officers and firefighters had been pretending to be Nightwing in Dick’s absence, only one remains. And this one is drawing the wrong kind of attention. Which is how the Joker gets involved and can instantly call out the impersonator after spending years fighting the real deal.

Overall, this issue is a fun way to get back into the Batman mythos without diving into a legit Batman story. You’ve got the same dark, mysterious tones and plenty of familiar faces and callbacks. For someone who read 80-plus issues of Batman and is taking a break, Nightwing #70 was a great way to get my feet wet. And I imagine the same would be the case for any fans of Batman during any recent arc.