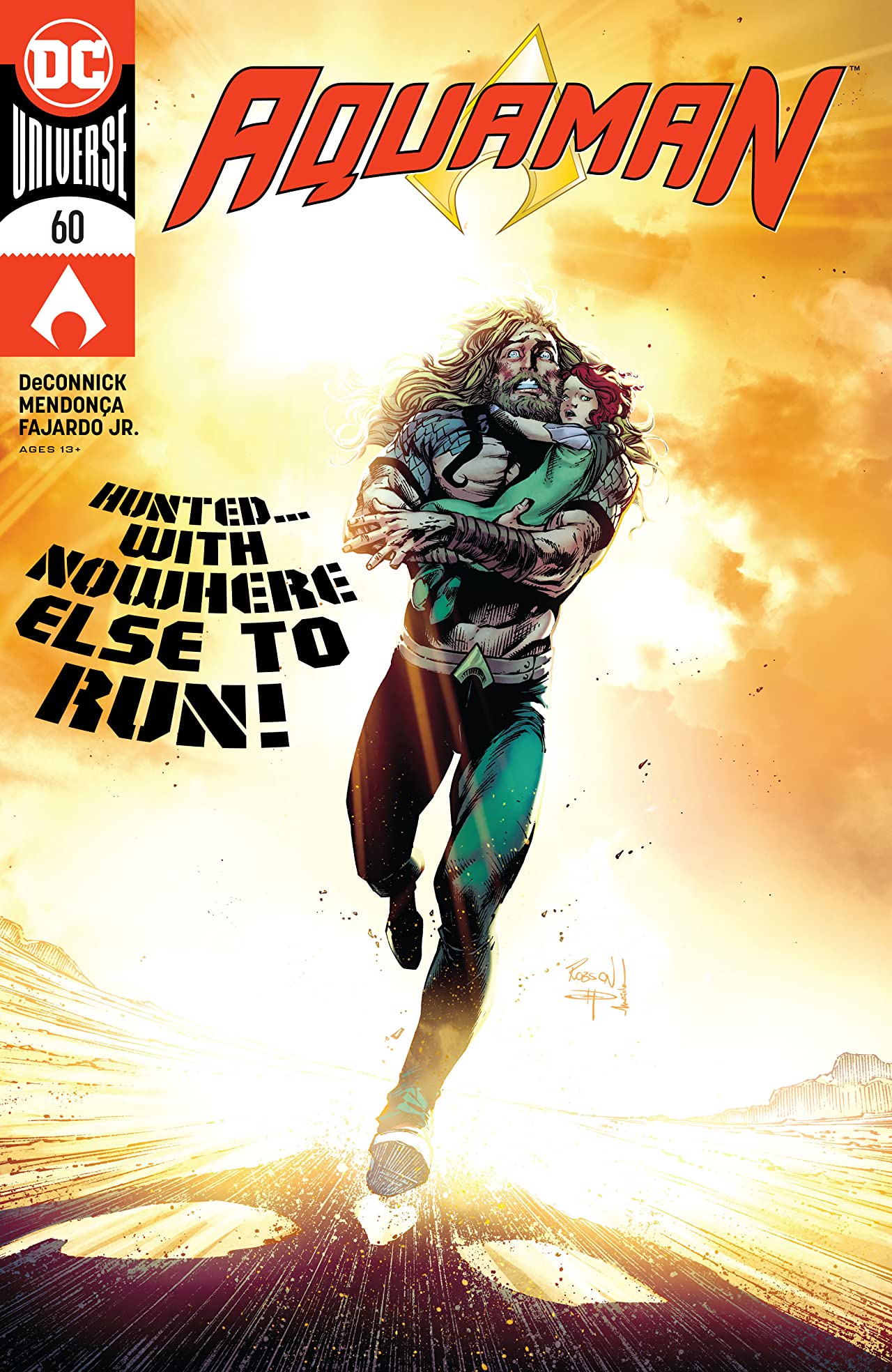 Aquaman #60 serves as a good reminder, or introduction, of who Arthur Curry is as a person. Sure, we all know he can talk to fish and breathe underwater. But this issue allows us to see just how beneficial that is.

After losing his daughter last issue, Arthur is able to use his sealife communications to search 70 percent of the entire world to find her. It’s pretty easy to forget how significant that is and how large of a domain he oversees.

He also gets to join his peers—Clark and Bruce—as men who probably shouldn’t be fathers, but are, and make the best with what they have. He does what’s he’s for his family, even if it takes a small army of people to convince him to do so. 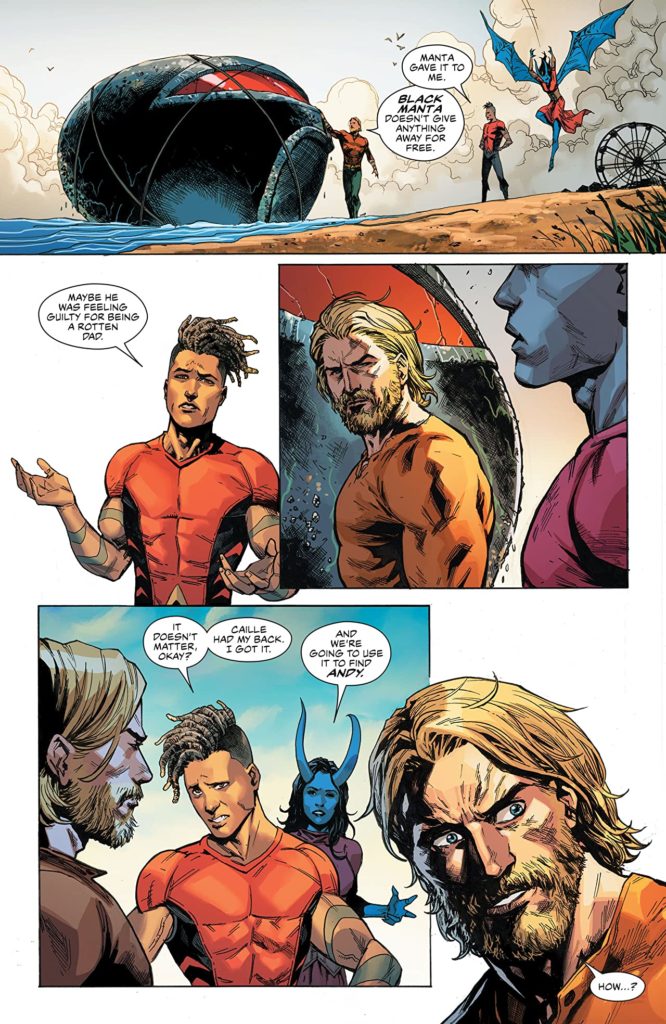 Also, apologies. I’m the bucket-head who just now realized that Jackson is Aqualad. Because, duh. Me liking him so much makes way more sense now.

But back to the story at hand…

Aquaman #60 works well as a connector to bigger things that are surely coming along, as you’d expect for the third installment of a story arc. The end of the issue brings back a very important character and introduces one who’s both terrifying, as a concept, and intriguing.