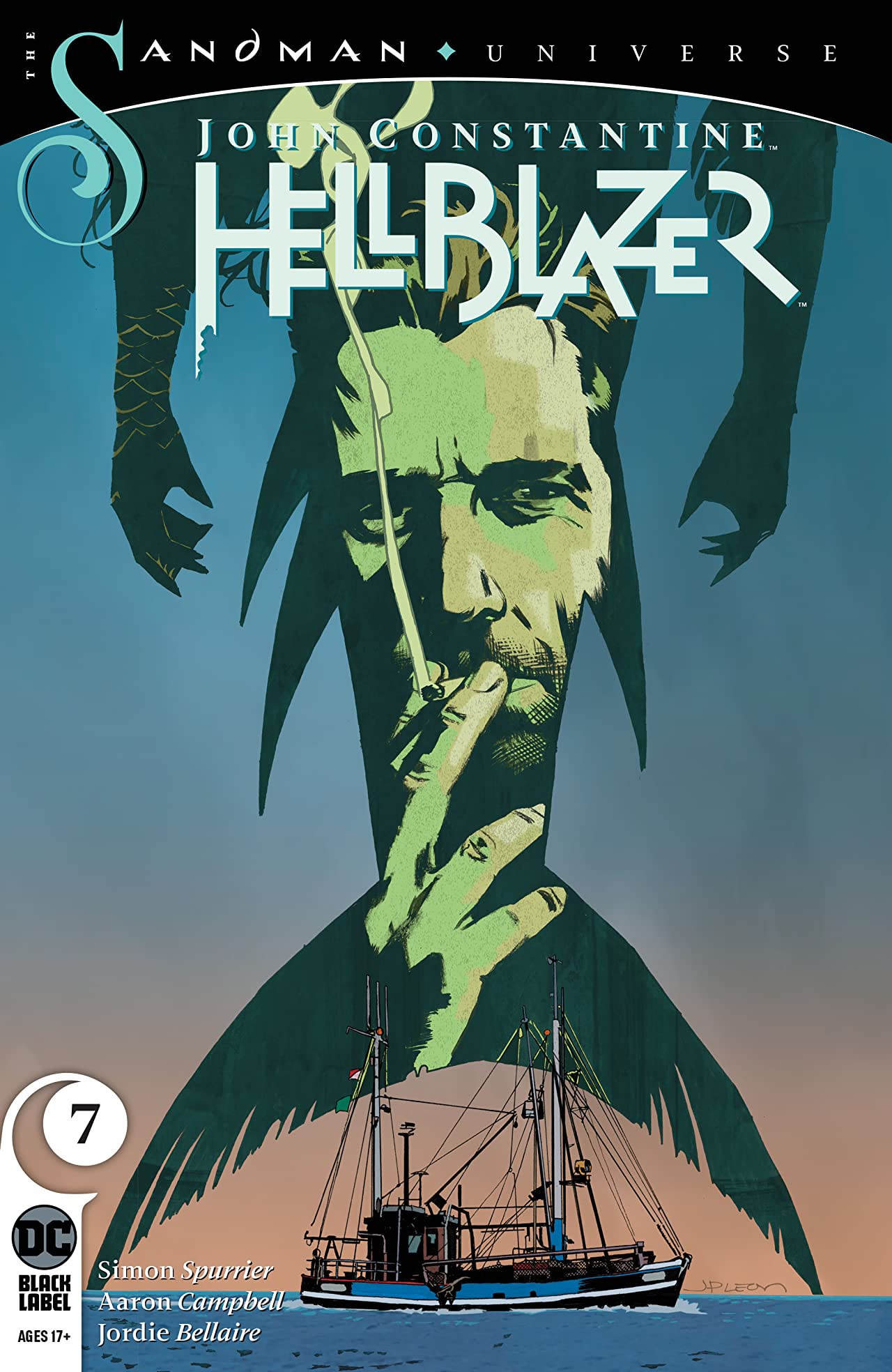 In full transparency, I picked this issue up as a treat to myself. I enjoyed reviewing John Constantine Hellblazer #6 so much that I wanted to see where that story went next. And I’m glad I did

John Constantine Hellblazer #7 continues a pattern from the last issue by giving us a contained story where Constantine is mostly a background character. To be fair, sulking about in the shadows is kind of his thing. 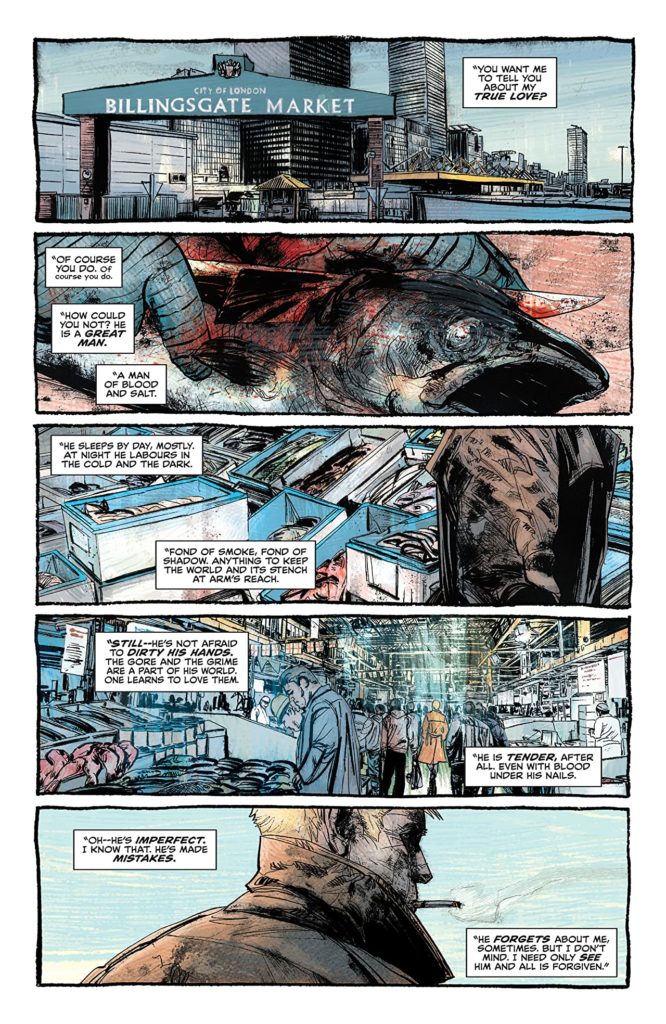 The main conflict of the issue isn’t made clear until it’s revealed that the fisherman in question has somehow gotten everything he wanted and then some after a chance encounter one evening. With the use of a presumably magical shell, the fisherman was able to gain the attention of a mermaid who quickly fell victim to his spell. From there, he was able to gain companionship, riches from the fish she helped him catch and sell and the respect of his peers for all of his success. Only, as you might expect, his success went to his head and took a very dark turn.

I won’t spoil how things go exactly, because that particular turn—among the many others in this story—is one of the best parts of the ride. It has the kind of sobering gut punch you’d expect from a Constantine story with a 17+ rating.

The most impressive feat, perhaps, is that this issue reads like it’s the perfect script for an hour of television that can be consumed in 15 minutes without losing any of the magic along the way. Now I’m just waiting to see if it’s truly a one-shot or if I’ll get to see what happens next. Either option would actually be fine. But I’m admittedly being a little greedy.