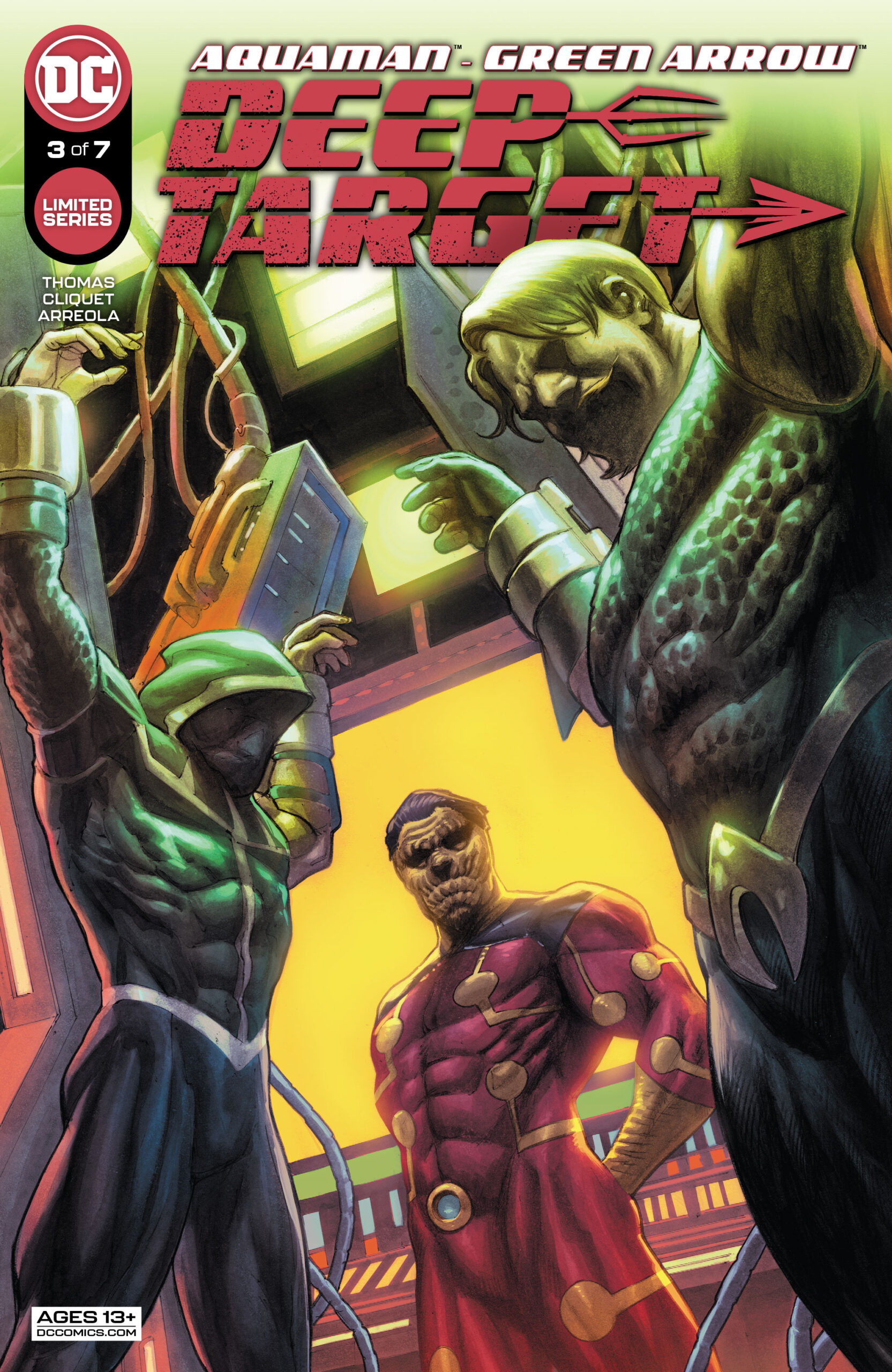 Three issues in and it seems like we got some clues as to how and why Green Arrow and Aquaman have switched bodies. The answer? Time travel. Get your popcorn ready for Aquaman/Green Arrow – Deep Target #3.

Led to believe they were investigating different cases, Aquaman and Green Arrow separately surveilled a warehouse where criminal organization Scorpio had a time platform, where they would transport small yet influential items from the past to the present, effectively slightly changing the timeline each time. Green Arrow and Aquaman accidentally (to their knowledge) stepped onto the platform, switching identities in the process. Now, they’ve been captured by General Anderton (himself spliced with archaic lizard DNA) as he tells them Scorpio’s grand plan before he sends them to their deaths.

Villains never learn, do they? Why can’t these dudes just work through their plans in silence? They’ll be successful so much more of the time. But nah, their hubris always gets in the way, turning them into Icarus, and giving the heroes the breathing room they need to get free and thwart their plans. It be yo’ own fault.

What I liked a lot about Aquaman/Green Arrow – Deep Target #3 was the way that the panels were laid out. Cliquet did a good job of showing us both Aquaman and Green Arrow’s perspectives, giving us three descending panels on the left from one point of view, and three descending panels on the right from the other. Most of the issue was laid out like this.  It was a bit confusing at first, as the dialogue was repeated in almost every panel, but as I figured it out, I could see the brilliance.

The issue breaks that six-panel structure a few times to give us some beautiful splash pages as well as some larger breathing room to convey an image or some form of action, but other than that, Cliquet is being very intentional with the way things are laid out, and it’s something that definitely adds some depth to the issue for me.

8 Villain Monologues out of 10