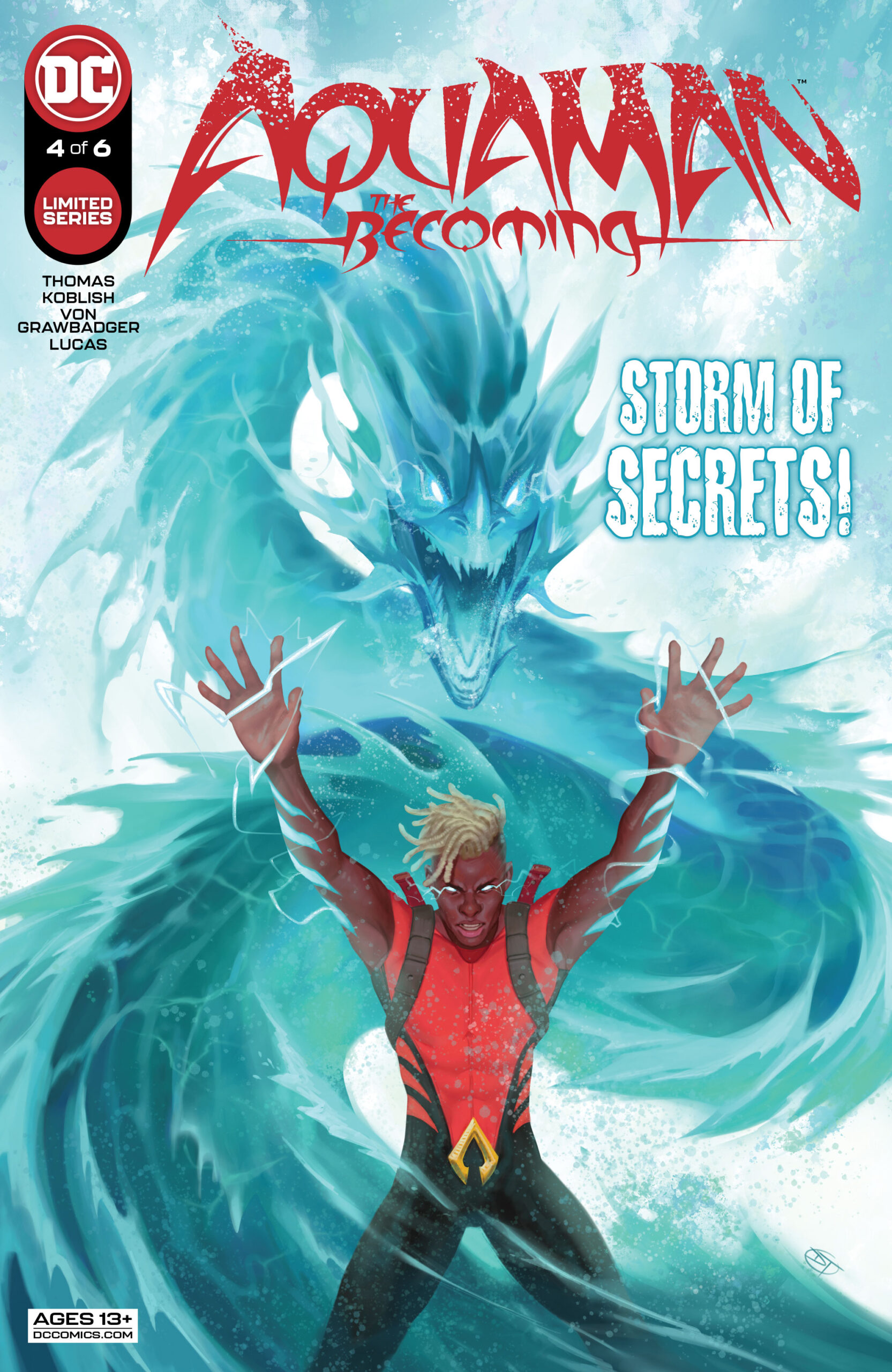 In the aftermath of issue 3, Jackson deals with the revelation that he has a sister, and his mother isn’t the woman that he’s been raised to think she is.

Aquaman: The Becoming #4 was heavy on emotion as secrets were revealed, and Jackson is forced to confront things he’s had no idea about. Understandably, he’s not handling it well, and he shuts out everyone around him in an effort to try to rationalize things on his own.

We also spend the majority of the issue in Xebel, Atlantis’s rival city always prepared for the brink of war with the kingdom. And the creative team did the damn thing in showing the visual disparity of the two cities. Atlantis is bright, lively, and flourishing, while Xebel is dim, dead, and rusty. That’s really all you need to know right there. Xebel feels the disrespect and is always prepared for conflict because of it.

That’s where a majority of the emotional conflict of Aquaman: The Becoming #4 comes into play. Xebel takes children from a young age and trains them to be soldiers ready for the ever-impending war with Atlantis, stripping them from a childhood and from their loving families. Jackson’s mom, Lucia, a protestor turned anarchist, takes matters into her own hands to stop this cycle from continuing. Ultimately, she creates a very dark day for Xebellians that they haven’t been able to move on from.

Jackson is at a crossroads. Does he trust his mother, who he’s finding out isn’t the person he thought she was, or his newfound sister, while brash, but seems to want the right thing? Maybe he finds a way to build a bridge between the both of them. I don’t envy this burden one bit.

It’s a situation that’s more nuanced than what’s right and what’s wrong, but with Aqualad’s hero status, his moral compass sits far and away from most nuances. With his past unraveling in front of his eyes, it’s going to be interesting to see how he navigates this.