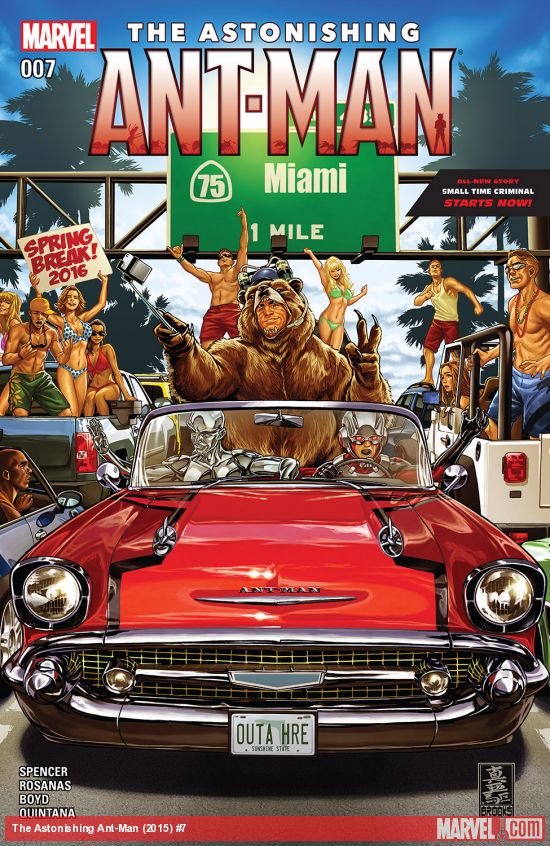 I’m about to just start each review of Ant-Man with a picture of the Drake 6 God prayer hands because each drop feels like a blessing. Spencer has such a craft for carrying out the narration and pacing of the story. We’re still no closer to seeing what leads Scott Lang back in prison but the story is taking place in all the foreshadowing.

We’re 7 issues in and there isn’t a feeling of “Oh my god, let’s get to it already. What’s Scott in for?” at all. The feeling is more empathetic and building wonder for how things got so wrong for our everyman. I gotta believe that Nick Spencer is just a calculated and cerebral writer, man. Dude is the Triple H of the comic book writing game with his set up. 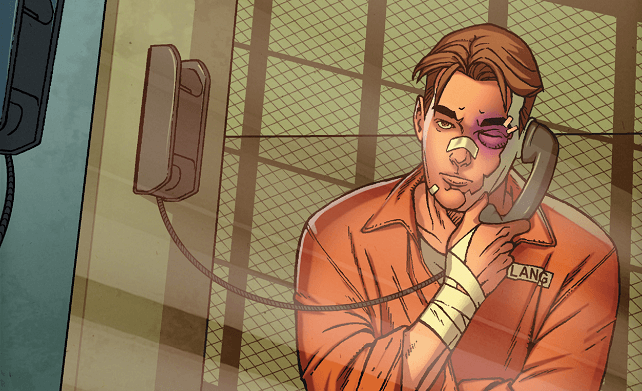 We join Scott having the new Giant Man help him on some security installation detail over at Darla’s. There’s a good sincere moment between the two before word of Cassie’s disappearance has Scott run off in a hurry. We see yet another foreshadow into what will be the downfall of Scott as Darla’s reality show is going to air their very private moment. Darla’s agent is filing that under payback and Scott not having read the fine print.

Scott thinks Cassie was abducted by Hench and goes to square up with the Power Broker, but he learns from his employees the reality of the situation. This shit is getting harder by the dozens, man. Your boy Scott Lang was trying to do his best to keep his daughter away from the craziness of his hero life while still (secretly) trying to be there for her, at a distance, but it’s all blowing up in his face at the moment.

Rosanas is back on the track this issue after a break on the last and it’s great to see that familiar art style back. Everything looks so smooth and plays out like you’re reading the visuals of a movie script. Also, one of the best things is the way Rosanas is able to translate the humor Spencer brings to Ant-Man visually. Rosanas makes each character have their own look and mannerisms based on their personalities. The situation can be dire as fuck but you can still rely on Shrink Game Scott Lang to make a joke, which is what I love about this team and this book. 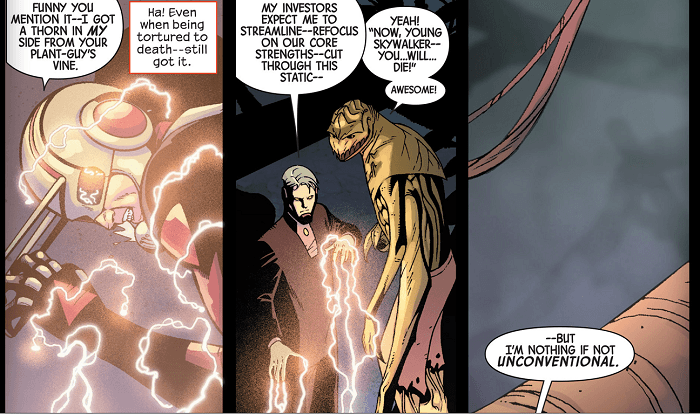 Ant-Man is a book that’s constantly bettering itself, and with the stakes raising as we begin a new arc I suggest jumping on now. You’ve been sleeping on Ant-Man for years but now is the time to get on board with one of Marvel’s best sleeper titles. I promise this shit is trill.
9.3 Pink Slips out of 10