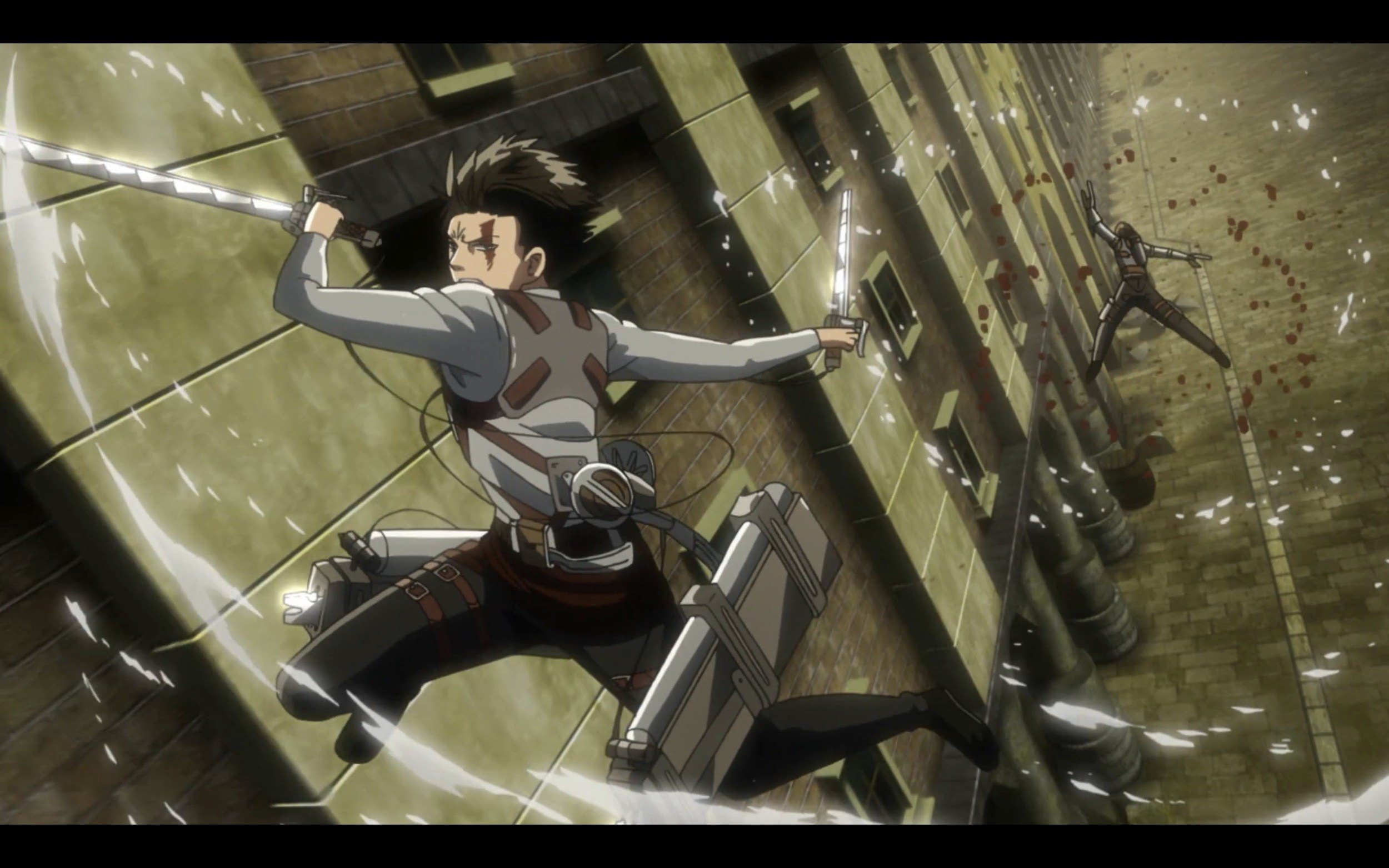 Attack On Titan – Episode 40: Captain Levi Saved All His Disrespectful Crossovers For the Playoffs

***Look man, spoilers for the first half of Attack on Titan, Season: 3, Episode #40. I just need the first 12 minutes or so, fam. I aint’ gonna say shit about the rest of this fire ass episode. But let me get the first cuttttttt***

Man listen, I don’t know what the fuck you be doing with your weekend, but I know I be breaking down this new Attack on Titan footage like a defensive back coach, studying routes and coverage and shit. Let me tell y’all off the muthafuckin’ jump: If Captain Levi was a wide receiver, he’d be Randy Moss circa Minnesota et al 2003. CAN’T NOBODY SEE YOUR BOY LEVI WHEN HE GOT HIS CHAKRA UP IN THESE TROST STREETS MY GAWD. This look like season one Levi. When he was kickin’ the shit out of Eren with all that sass.

Levi had the most infamously Fabulous kick in all of anime. Just look at all that sass in the follow-thru. #AttackOnTitan pic.twitter.com/73KCgQYgeY

Your boy was sidelined last season with that young ankle, but he been doing his rehab and the cortisone shot and probably some unsanctioned Titan serum that grows back tendons or some shit. But Season 3? Your boy out here spry as a muthafucka. Your boy out here playing in a contract year. Let’s break this shit down.

“We all gotta die but, I ain’t ready to leave
that’s why even if it’s petty I’ll be ready to squeeze”

Man, I don’t know who the fuck Kenny is, I don’t know what the fuck Kenny is, but I do know they gonna bury that bastard a fuckin’ killa. After he done sprayed up two of Levi’s squad, this dude go straight for the captain himself. We used to seeing Levi as the hunter. But why this boy got more escapes than Mister Miracle man? Why your boy David Copperfield the bullet doe?!?! Your boy threw his blade like it was Mjölnir or some shit. Who else throws a full on sword like a damn shuriken man? Kenny deflects that blade and delivered the shot, but Levi on that chess board shit and seen the follow up coming.

You remember how you was a little kid that didn’t know shit about metaphysics or ghosts or the human memory and you thought if you threw a blanket over your knucklehead, then nobody could see you? Levi avoided the blast by using his cloak of invisibility fam. You gotta get all your other heroes the fuck outta here man cuz Levi don’t give a good gotdamn. Then your boy hit the slopes on them and skied his ass off the roof. We Vertical Limit now?!?! Bruh. BRUH.

“Ring the alarm, the caterpillar keeps firing (OoOoOoOh),
we in the war where butterflies keep dyin'”

Levi almost caught up to the wagon with Eren and Historia, but these Military Police ain’t loyal. Three of these snakes appear in front of Levi and your boy hit the reverse on these cats like Prince of Persia rewinding time. Your boy put his stakes in the ground like he was building a carnival or some shit and peeled the fuck off. How he crossover three killas on some Steph Curry, Davidson / Box and One defense type mess? Your boy look like he was LITERALLY ON SKATES.

Trost District got Olympic trials? We ain’t got nothing to say about Levi out here going Tony Hawk on these dudes? How you mix Parkour and 3D Maneuver Cables like it’s a new drink in the club? Dexterity muthafuckas do you speak it? Levi so nasty with the handle, he had his own moves on NBA Live 95. Then, he escapes Kenny one mo gin by Angry Birds-ing himself into the bar? Sheeeiiiit.

“This ain’t for the conscious, this is for the mud-made monsters”

Y’all want Bars on the bar standoff? Ok, I got Bars on the bar standoff. Your boy Kenny truly gives zero fucks man. He talkin’ to Levi about him growing up and using the skills Kenny taught him (aw shit), called him Ackerman (awwwwww sheeeeiiiit) and waxes poetically about what happens to cornered rats. Well, I don’t know who the fuck Kenny was talking about cuz Levi A-dot ain’t got rat in him fam. He got that arachnid all up in his DNA. He turned the 100 proof to the side to see Kenny’s reflection.

Soon as Kenny went to toss another chair (like Kenny wyd fam?), Levi grabbed the Longmire rifle and shot Kenny all up in his breathing treatments, man. Shot that shit Elmer Fudd versus Batman style. Kenny took that chair straight to the body. All splinters, no chaser. 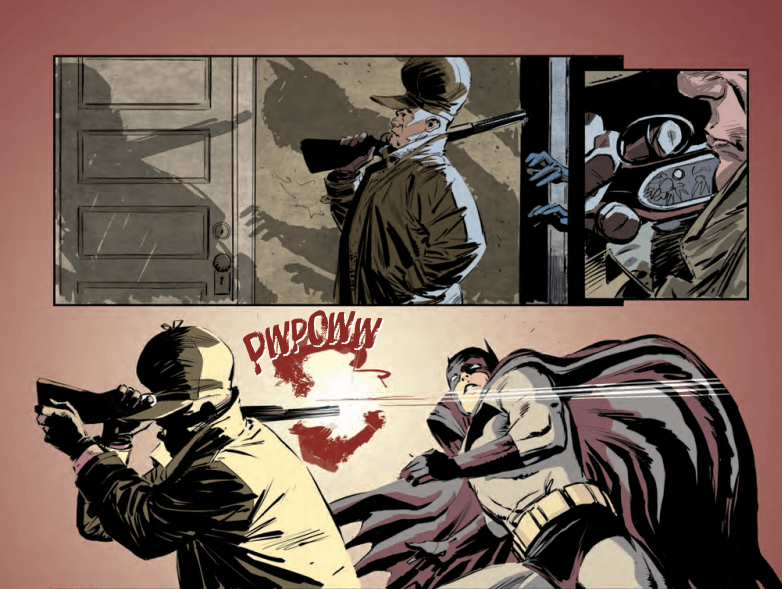 “I was a cold dude, I’m getting back to my ways”

One man down, or at least out of commission for a second, like 12 more to go. Levi jump out the window like he just got caught creepinnnnnn’. Man, listen. Levi hit that window like, “FedEx my boots to me fam cuz I ain’t never coming back.” Dude watching from the roof ain’t have a chance, yo. He lookin’ for the puff of smoke but it ain’t a metaphor, b. It really is just a puff a smoke cuz Levi ain’t fuckin’ there. Where the hell Levi learn the substitution jutsu man? You think you done shot your boy all up and that shit just puffs into a cloud of asymmetrical and impeccable hair.

As if that wasn’t enough, he straight up Moby D’ed dude with the harpoon gear. He put some extra steam on that shit fam. He yoked dude up like Scorpion, then used him as a human shield. Why Captain Levi running off tackle bruh? Why call Red power 22 on these lames? Who knew Levi was about that smashmouth, ground and pound style. He gonna slingshot this speared bastard into his own men and then brought his blades to a gunfight! He ran through these MP bastards like fuckin’ Flomax.

That’s just in the first 10 minutes of the fuckin’ episode, yo. Levi get more done in a morning stroll behind the walls then Congress will get done all year. Levi freezing these bastards in carbonite with no sequel to release them later. Levi giveth (us life) and taketh away (from everybody else).