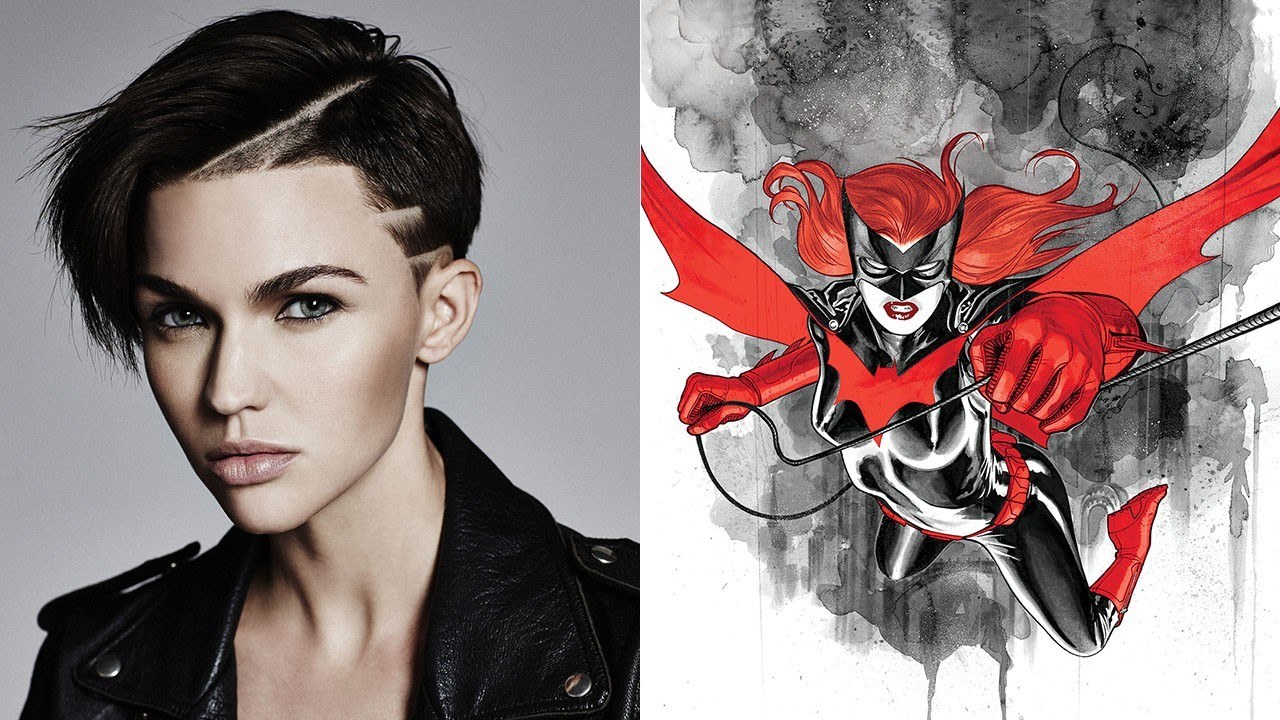 It’s a beautiful world out there. We have a trans woman being cast a hero on Supergirl and more Black superheroes than our 12-year-old selves would’ve ever believed. We have unknown actresses taking on leading superheroines roles and laughing all the way to bank and top of the Box Office. Now, we have our first out Lesbian cast as the next big crime fighter to grace your tv screens and minorities are going wild!! Praise Bast for CW and their continued push to show big budget studios that you too can cast men and women of all sexual orientations, and still make billions.

Ruby Rose has made a name for herself as an MTV VJ turned actress that broke onto the screen in Orange is The New Black and scattered presumptuous fuck boi expectations of what a lesbian could and should look like. Her stardom took off from there getting roles in John Wick 2, Pitch Perfect 3 and The Meg. The model and music artist is undeniably beautiful and has always kept her trademark, swagged out hair cut low so you know it’s real. Although a young actress in Hollywood years, this is a high profile casting and one that could drive legions of LGBTQ allies to support DC’s newest badass in black when it premieres. Batwoman isn’t a high profile hero name like Wonder Woman or Supergirl, but she’s been around plenty long and has a backstory and skill set similar to the Caped Crusader and Boy Wonder we’ve all grown to love and expect. With the iconic duo conveniently missing from the CW roster of heroes, it is Katherine Kane’s turn to take justice into her own hands and layeth the smacketh down on some lowly Gothamites. The OG Katherine Kane is a wealthy Gotham heiress who uses her circus performance skills to follow in the footsteps of The Dark Knight, throw on the cape and cowl and beat some ass all while batting eyelashes at Batman because of course that’s the only story they could come up with in the 50s (actually it was to squash Batman-is-a-homosexual rumors, but that’s neither here nor there).

I’m thinking they’ll take the New 52 approach and have her be a former West Point student whose family is taken hostage, then is trained by her badass father after her mother and sister are brutally murdered and she gets kicked out of West Point for not lying about her sexual orientation. After beating some would-be muggers ass, she has a brief encounter with Batman and that’s enough to start fighting crime, then train with her pops military homies for 2 years, all to return home to a baller ass bat-suit and Gotham ripe for the taking. That’s the Katherine Kane I want in these cold hard streets.

What are your thoughts on the casting? Spot on? Not enough acting range? Do you think Ruby Rose will don the iconic red hair or put a spin on the character? Feel free to drop a comment below or hit us up on Twitter as the nerdy news just keeps on coming!