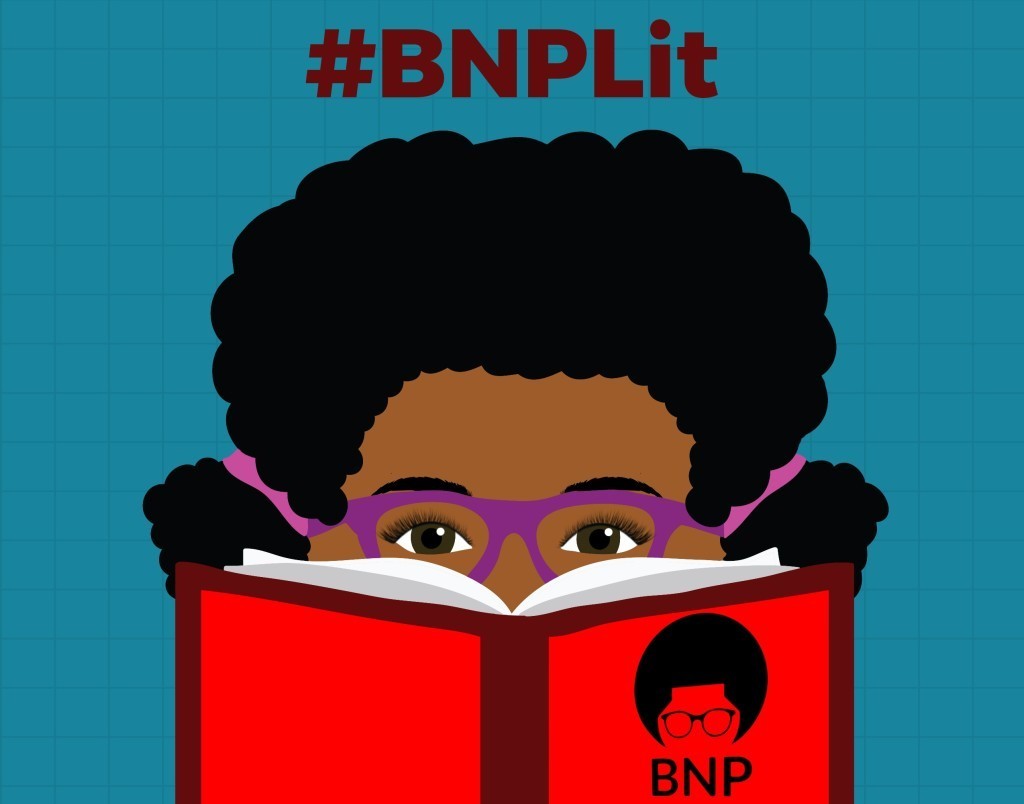 We’ve done it before, we’ll do it again. As part of our ongoing mission to share the best, most entertaining and thought provoking Black Speculative Fiction, the BNP staff hosts an occasional Twitter book chat for busy people.

For August, we have chosen the incomparable work of Nnedi Okorafor: Who Fears Death. Okorafor won the World Fantasy Award for the novel back in 2011. It has come back on our radar because it was recently picked up by HBO for a possible series, produced by George R.R. Martin.

My novel WHO FEARS DEATH has been optioned by @HBO & is now in early development as a TV series with George RR Martin as executive producer. pic.twitter.com/POF7Dj2hWP

Some of us have already read Binti and Binti: Home, so we thought it’d be fun to go back a few years to her earlier work. Who Fears Death centers on Onyesonwu (her name is Igbo for “who fears death”). Onyesonwu, develops inexplicable powers after puberty, when she leaves her family and goes on a quest of revenge for crimes committed against her mother. The fantasy and magical elements are seamlessly woven into the story, set in a fictional African country in an undefined time. The book is full of clear imagery, with descriptions of physical pain sharing the page with those of immaculate beauty. Okorafor is a talented writer and we’re excited to see her continuing to produce more books and branch out into other media.

Maybe you’ve already read the book or maybe this is your first exposure to Okorafor’s work. Either way, you’re welcome to join us on August 26th, at 1pm Eastern time for a book chat. We’ll have our own questions and observations to share and we look forward to yours. As always, the tag is #BNPLit. See you on Twitter! 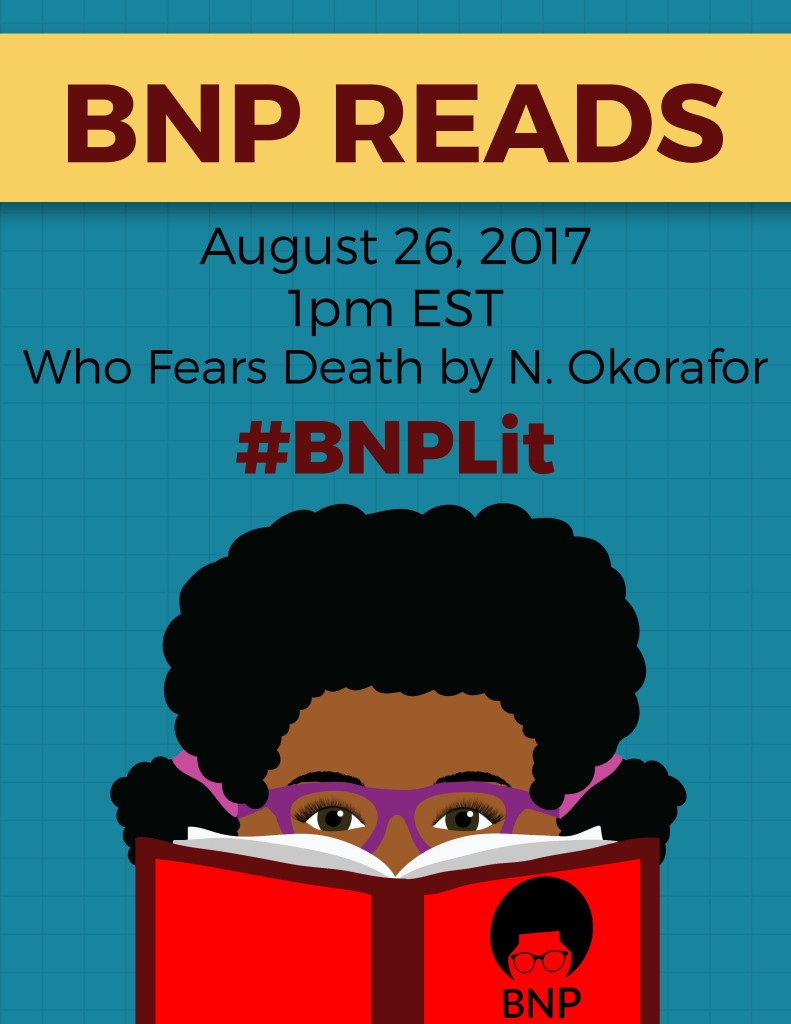