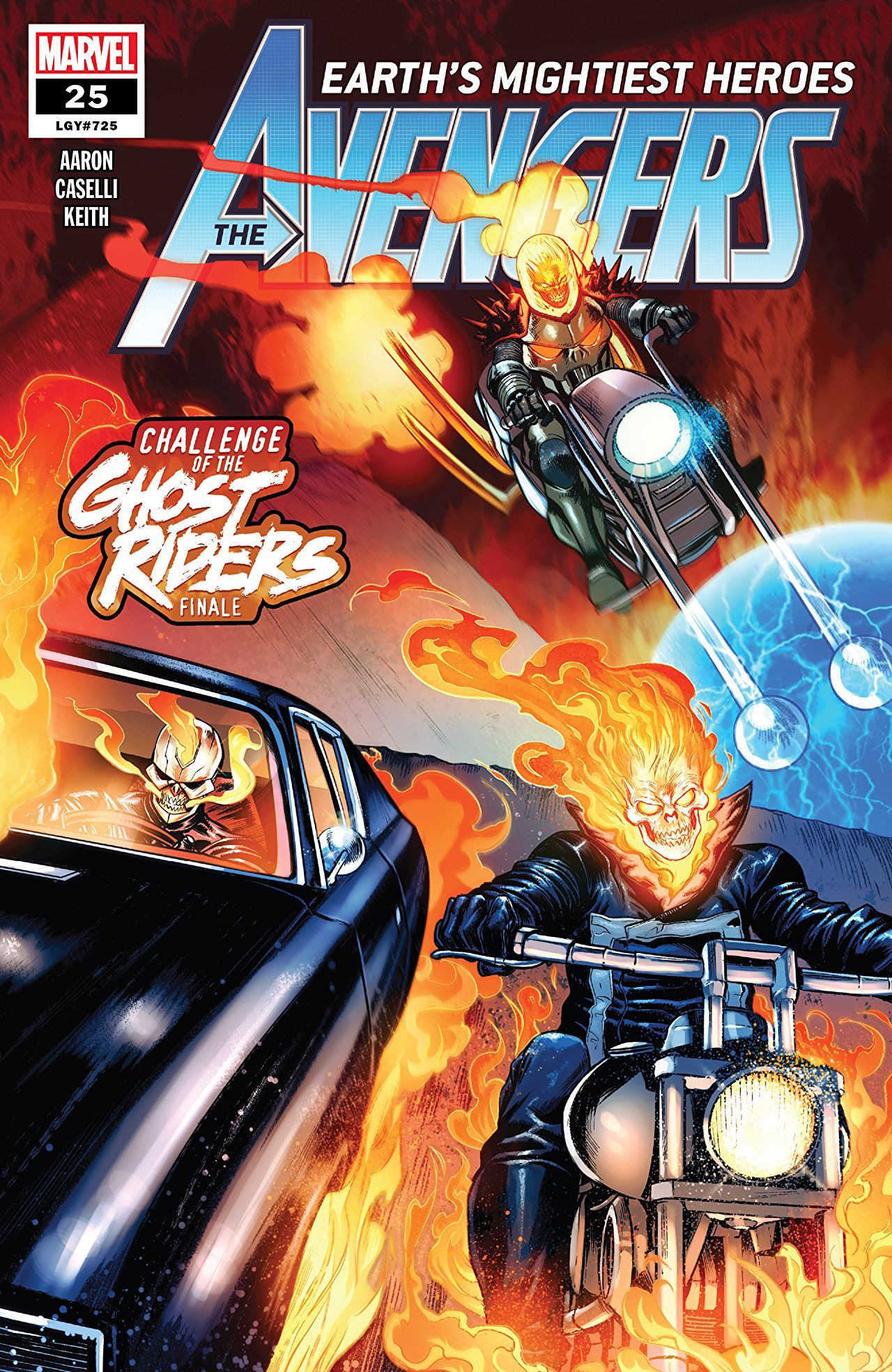 Behold! The power of friendship in the last comic in the “Challenge of the Ghost Riders” arc. For a story focused on different iterations of a character I’ve never been too interested in, this has been fun. In the final stretch of this race, Robbie Reyes faces off against the spirit of his evil uncle possessing a dead Celestial like a boss. His fellow Avengers help him out with a tricked out Asgardian ship and their own muscle. Reyes, on the verge of quitting, comes into his own style of Ghost Riding. 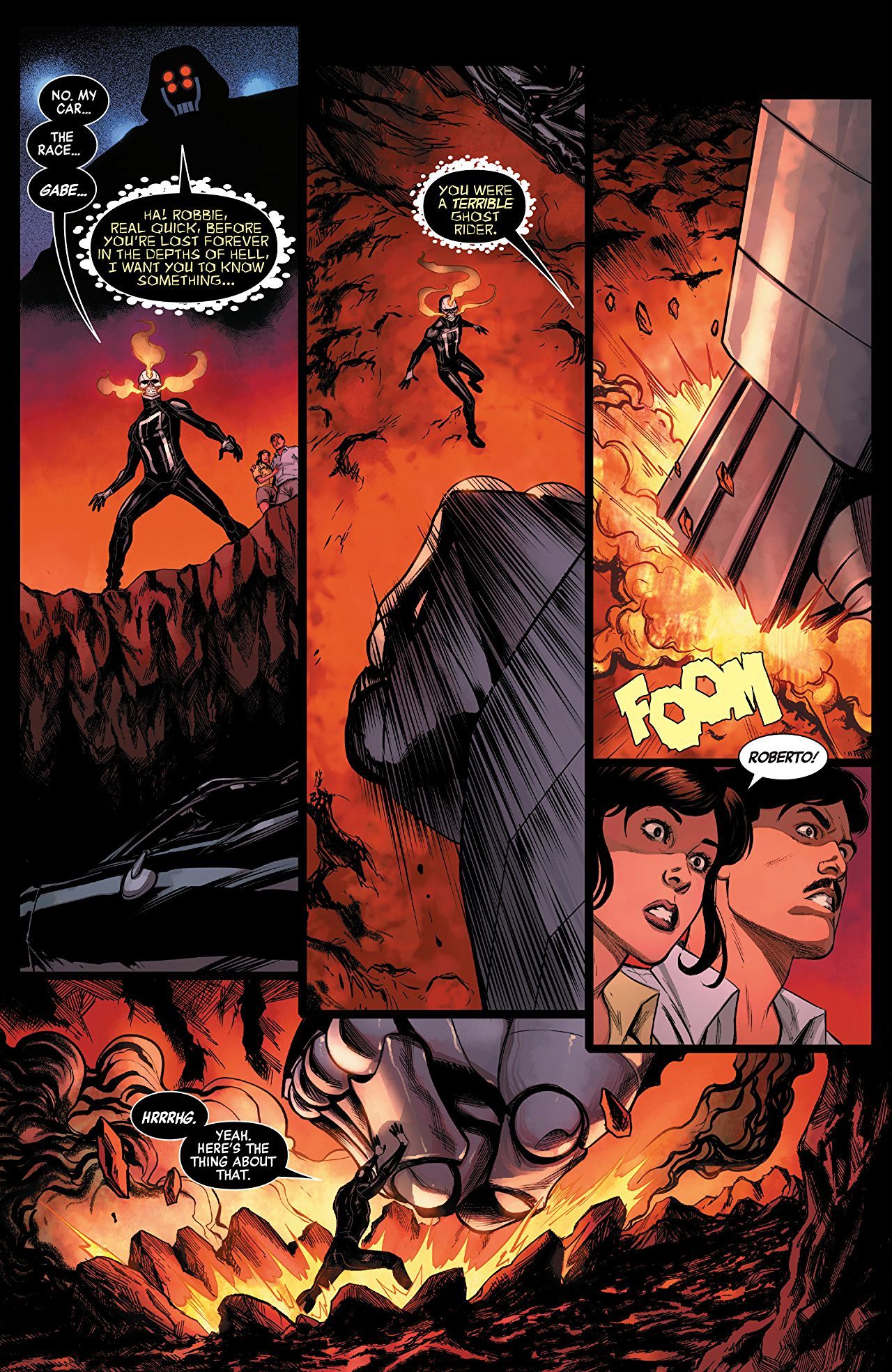 This portion of the story was action packed and a treat to read. First, Reyes blocking the Celestial punch like it’s Devil May Cry was beastly. The original Ghost Rider fighting Thor with a makeshift hammer out of his destroyed motorcycle was epic. There was even a touching moment between Black Panther and Captain America with T’Challa expressing some rare, warm humor. One thing I’ll say, though, is that I have no desire to read anything else with Frank Castle as Cosmic Ghost Rider. He’s definitely not the character I know and sounds irritatingly like DC’s Loki. 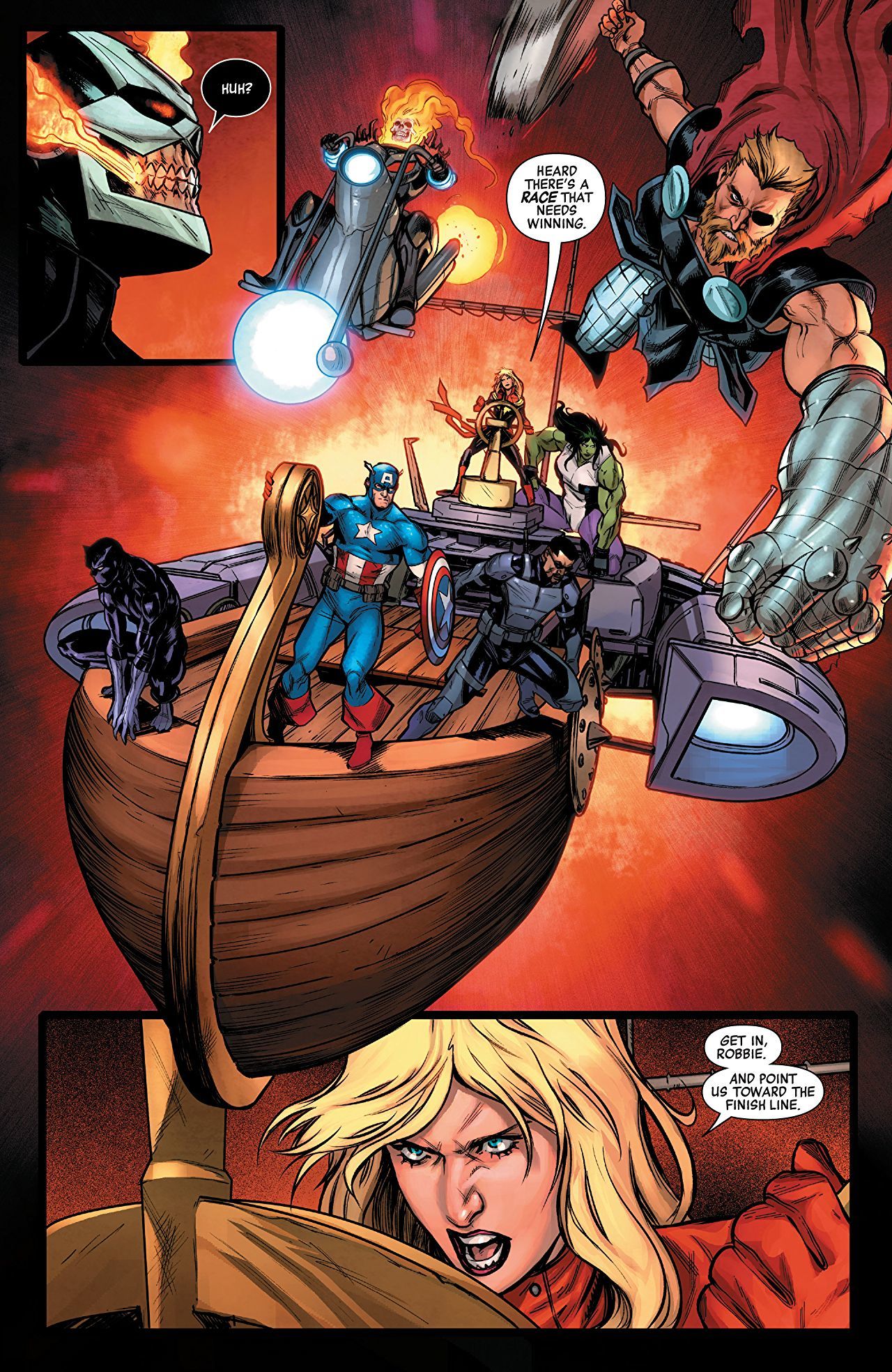 Stefano gets the MVP in this book for these stunning action shots, or rather he shares it with the colorists. This might be the last Avenger comic in a while dominated by the orange and black of a hellscape. This was a comic I had to read fast to simulate the pacing of the book. I ended up reading it fast like, three times but it was worth it. The timing of the panels was absolutely clutch. One member of the Avengers has been noticeably absent this whole arc and it seems they are the center of the next one. Who’s ready for caveman Tony Stark?