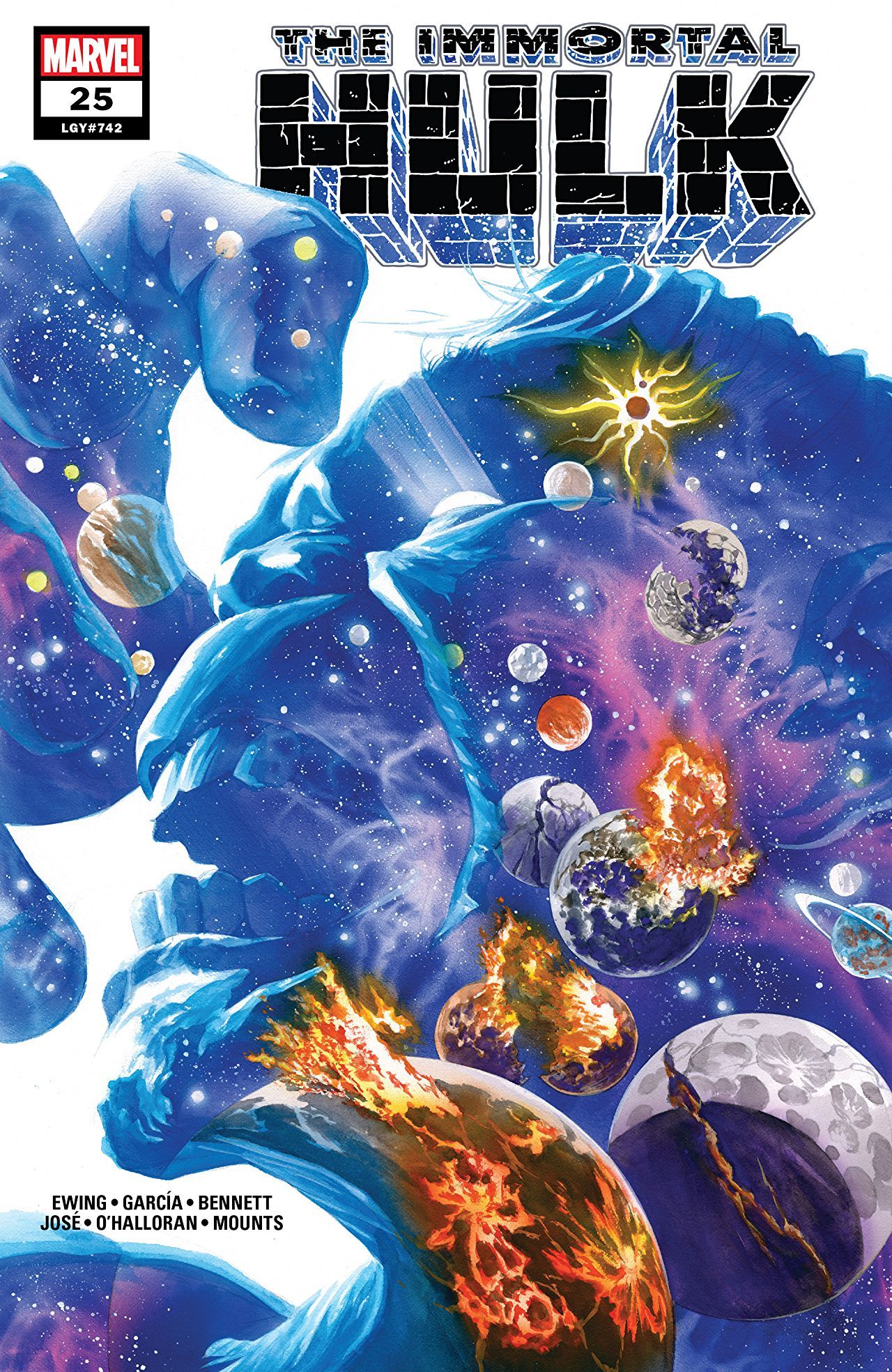 I’ll admit, this isn’t my favorite issue of the Immortal Hulk. While most of the wild and expansive ideas to come out of this series are usually welcome, and even add a great deal to the Hulk mythos, Ewing’s latest story feels a bit too abstract for my taste. It’s a shame too, especially coming off of the high of the conclusion of the Hulk’s battle with General Fortean and Shadow Base.

Immortal Hulk #25 plays out like a completely different series. We are thrust into what appears to be an expansive cosmic world filled with unknown alien beings. The narrative is spoken in an almost poetic and philosophical tone, guiding us through the journey of these mysterious creatures. The story seems to be told this way with the purpose of making everything feel otherworldly and foreign. To an extent, Ewing’s storytelling succeeds in making the reader feel like they’ve stepped into a world they don’t quite understand, that’s familiar yet off. 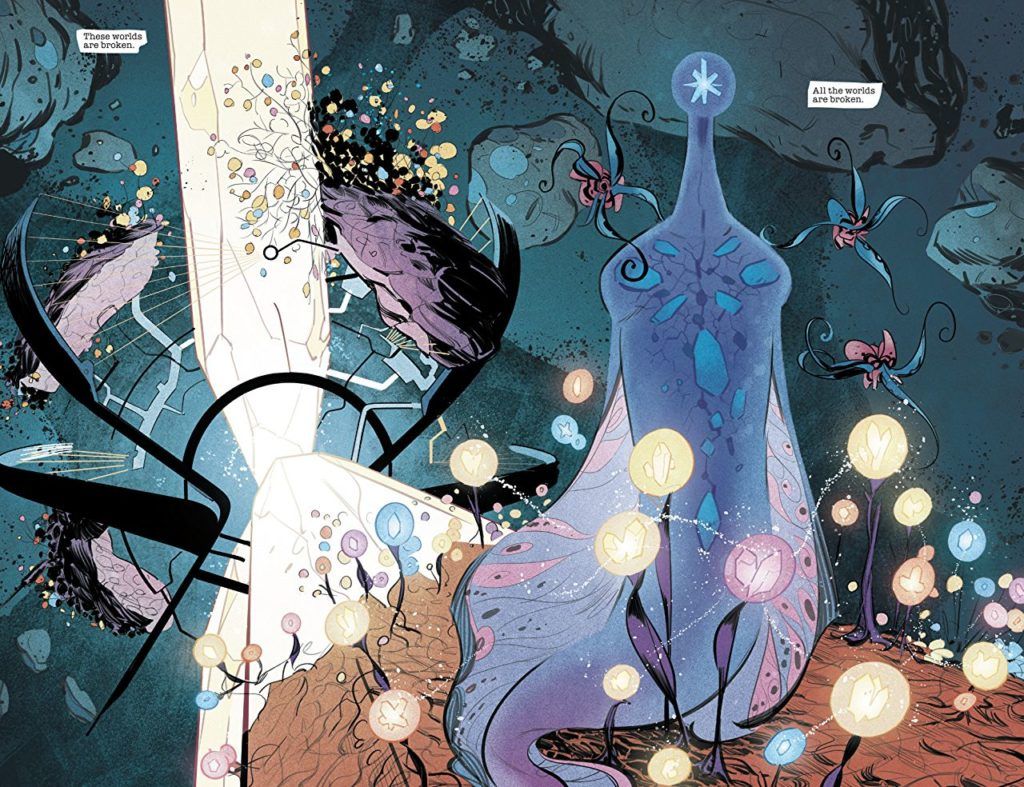 You’re genuinely curious as to what is happening with these creatures and what it has to do with the Hulk. Unfortunately, that may be one of this story’s biggest drawbacks and the reason why this issue feels like such a tough read. The grand concept of these aliens, their world and the great destroyer can feel confusing. Even after a second and third read, it’s hard to put together the pieces and understand how this relates to the story we’ve been following so far.

I will say that the best part of this issue is guest artist Germán García’s imagery. The vibrant colors, the design of the aliens, the Hulk crashing through worlds and the cosmic landscapes are all so beautiful to look at, which isn’t something you find yourself saying with a series of this nature. Don’t get me wrong, there is still a touch of grotesque. However, García features a damn fine Hulk design and some trippy good artwork that rivals some of the best this series has to offer, which is saying something considering Joe Bennett’s stellar work.

I don’t want to knock this issue too much because a lot of this story feels purposeful on Ewing’s part. However, by the end of this issue, it doesn’t quite feel like the pieces make sense once it’s over. It might down the line in further issues and the ending seems to indicate as such but it’s a frustrating experience that just leaves the reader feeling lost and unfulfilled with so many unanswered questions.

6.9 World Breaking Lariat Takedowns out of 10