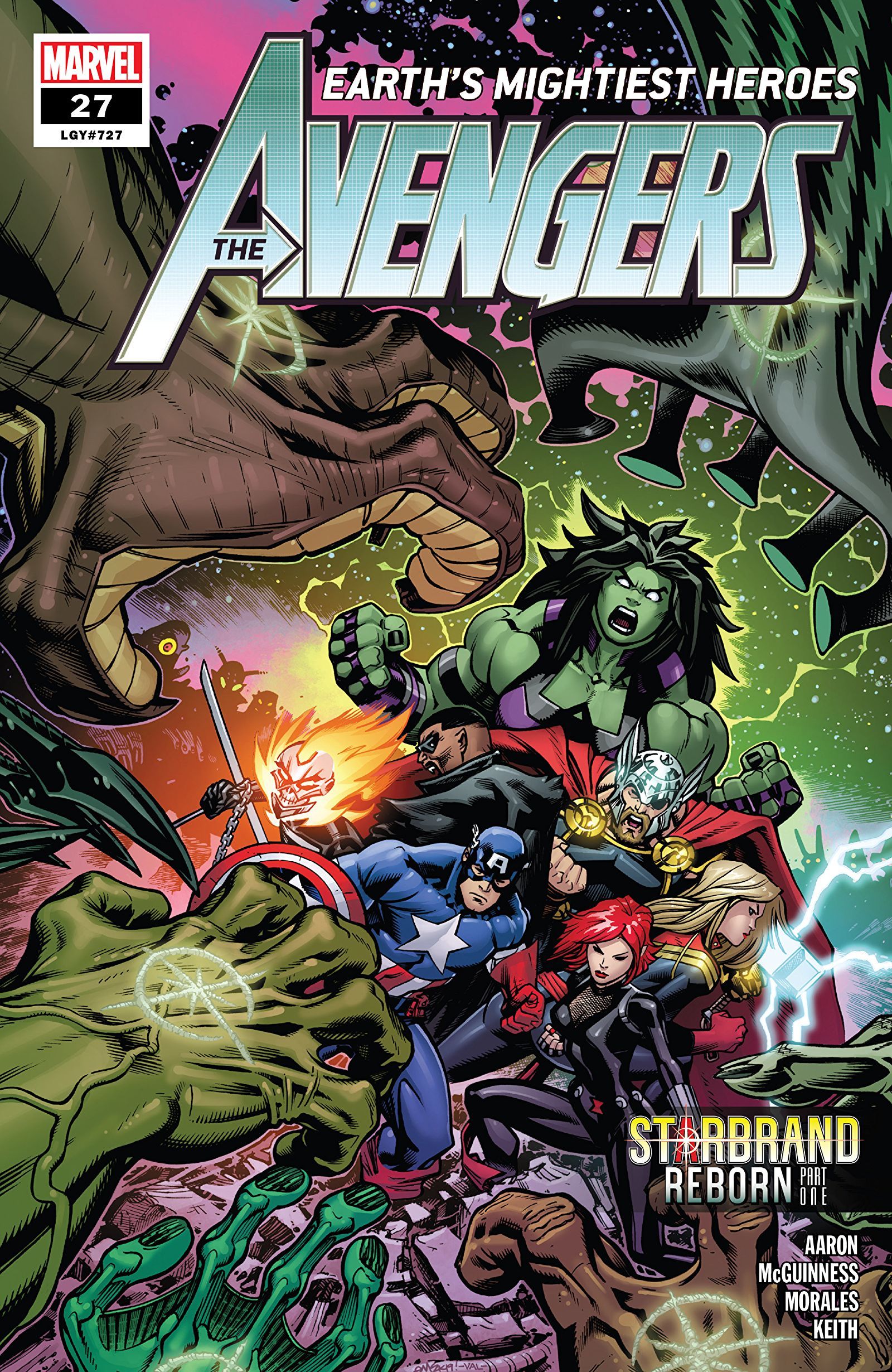 Well that escalated quickly. It feels like Aaron likes to do the occasional emotionally fraught, focused story so that when Ed McGuinness comes back, he can have fun and set him up for dazzling panels. Following last issue’s look back at the prehistoric, Starbrand-powered Hulk this one begins the “Starbrand Reborn” story. It’s your standard space adventure. Step 1: Opening character investigates a dangerous mystery. Step 2: Main characters receive distress beacon. Step 3: Main characters investigate, and we see in real time what went horribly wrong with the first character. In this case, Gladiator is our muscular, purple canary when a Shi’ar escape pod returns from a disastrous mission with (among other things) the mark of the Starbrand. He goes off to check out the source and gives instructions to contact an unnamed ally if he fails to return. Cue the Avengers. With Tony Stark lost in the prehistorical past and Black Panther looking for him, they add a familiar face to the ranks and launch off to answer the call. 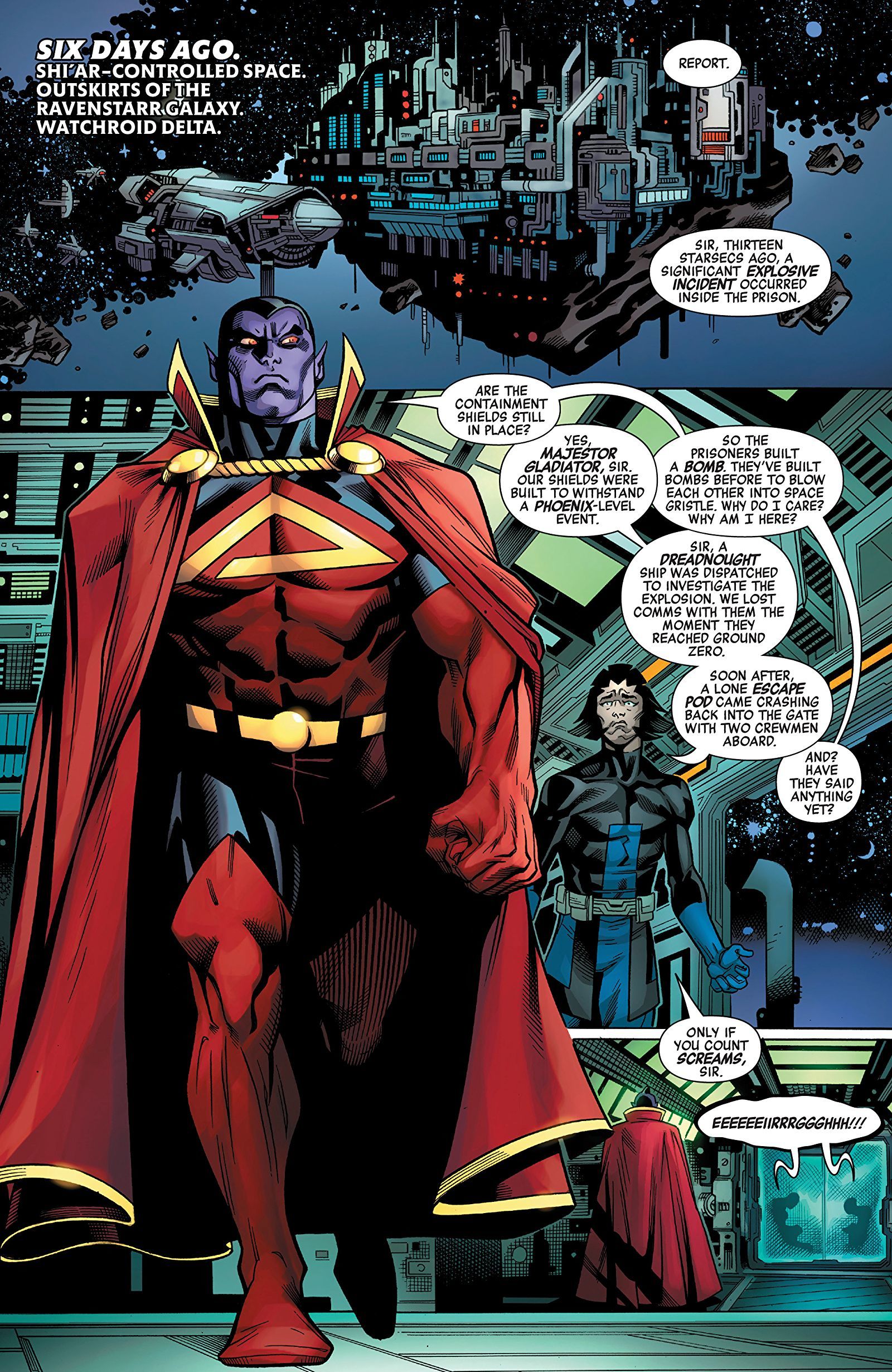 The strength in Aaron’s storytelling here is his pacing. Even McGuinness’ delightful layouts couldn’t distract from the space adventure cliché. Almost as soon as I thought, “this is moving a little slow isn’t it?” Aaron fast forwards to right in the middle of the Avengers mission falling apart. It was almost comical. “Space, here we – – Captain’s Log. Five days . . . since out mission went to hell”. 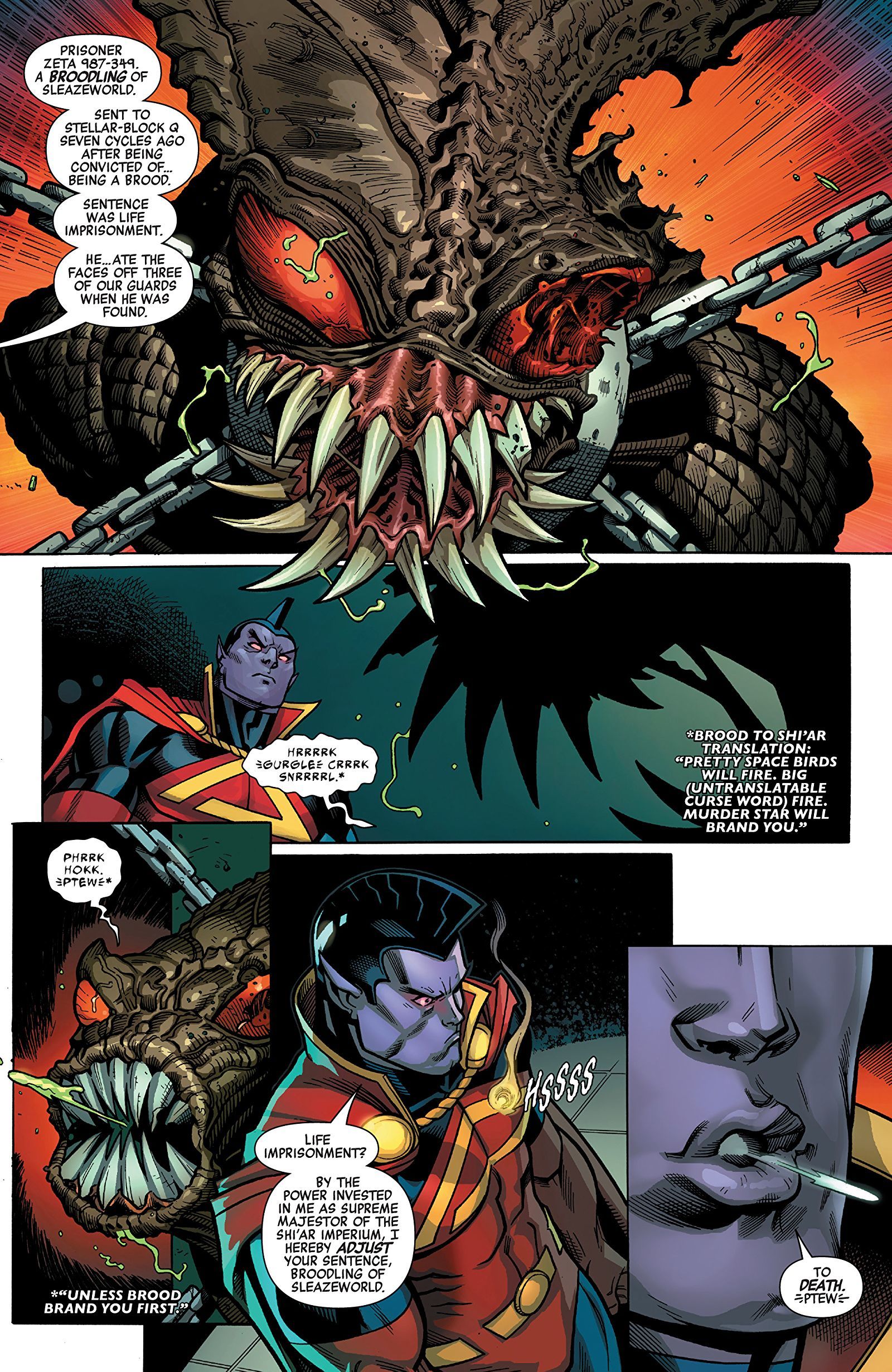 McGuinness was given plenty of goodies to play with. It was great to see Gladiator again. He’s probably my favorite throwback from the X-Men space adventures with the Shi’ar. Dude is just damn majestic, and McGuinness is just the artist to draw a full page spread of him flying towards some blazing space energy. The misfortune that befalls Thor made for a couple terrifying pages and the antagonist revealed at the end has me excited for next issue. My only gripe was probably She Hulk’s new outfit. You expect me to believe that T’Challa designed Jennifer’s new “Gamma explosion-preventing suit” and thought that a two-piece would be the most efficient form? That cringe aside, this book is consistently fun and interesting to consume.