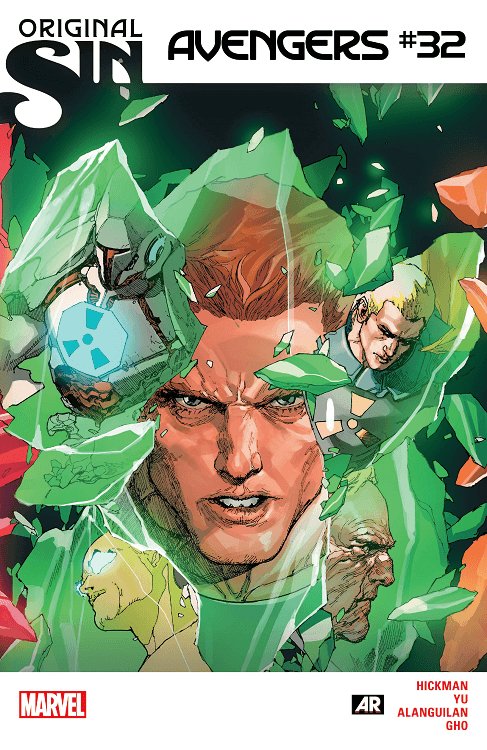 This month’s installment of Avengers reads a lot more like Hickman’s New Avengers than the more action heavy, ground zero book this typically is. That doesn’t make this issue a failure or out of character, but this issue does slow to crawl with a lot of exposition and contemplation between heroes on what the larger picture is. The remaining Avengers of Captain America, Black Widow and Starbrand are now hurled over 5000 years into the future and are met with the familiar face of Franklin, Reed and Susan’s son who apparently, “cannot die.” Most of the issue focuses around the state of the world in the distant future where people have all but abandoned living on Earth and the AI constructed Avengers now focus on dealing with rogue planets as opposed to typical villains. The conversation between Steve and Franklin is interesting enough, but I fear one of the challenges of writing a book that jumps so far ahead in the future this often is having to use a great deal of the book to explain the state of the new world before having the chance to move the plot forward at all.

As we’ve gotten with previous issues of this story line, there’s a lot of foreshadowing of what Steve must do and what it means for the success, failures and very livelihood of the Illuminati, all things we have no answers to yet I have enjoyed this arc and all the possibilities it opens up, but as I often find myself saying with Hickman, I’m kind of ready for the pay off at this point.

Another installment of barreling through a hard to place future and another instance of Captain America becoming even more isolated on his quest to find out how to stop the Illuminati. This particular issue is pretty talk with exactly zero action elements to it, but it still builds the stage well for what we know will be the inevitable showdown with the New Avengers.