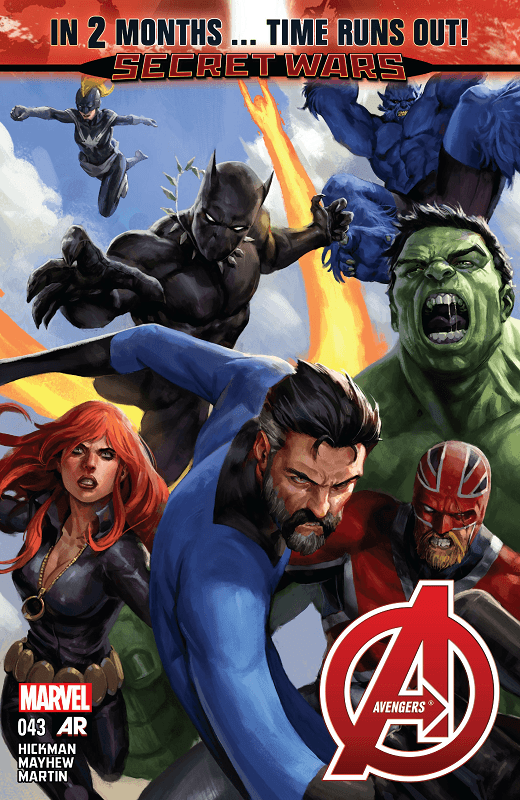 Yes, yes y’all, Tony Da Gawd is back in the Avengers books after a long time away from the main plot. Ever since the Cabal came through like Snoop and kicked down the Wakanda Buildings, Tony been in the isolation booth patiently waiting for a track to explode on. Once again, you can’t trust the Illuminati for shit, as they played it off like something terrible happened to Tony in previous issues as a front for Steve Rodgers and S.H.I.E.L.D., when in reality they cut him loose because his presence complicated things. Who does the long game like Hickman? Nobody does the long game like Hickman, fam.

The main plot this time around is the combined might of the Avengers attempting to stave off the annihilation of the planet by Gladiator and the Shi’ar empire. It’s a tall task that takes every solution possible, including the multi-tasking prowess of one Mr. Stark. There is a ton going on in this issue, just from the verbiage and backtracking alone, but it’s still a decent issue even if nothing changed (yet) over the course of it.

Mayhew’s art is not bad, but not at the standard that Walker, Yu and Deodato have set for these Avengers books. The pencils lack the complexity and hard edge we are used to seeing from these characters and the drastic change is a little distracting for someone like me who has been devouring every issue of this storyline.

Some slight reveals, some complicated language and the possibility of the Illuminati actually accomplishing something (though not in this time) define this issue. As we get closer to Secret Wars, Hickman has got to find a way to clear some stuff off the deck, and it’s possible we got one step closer with this issue.