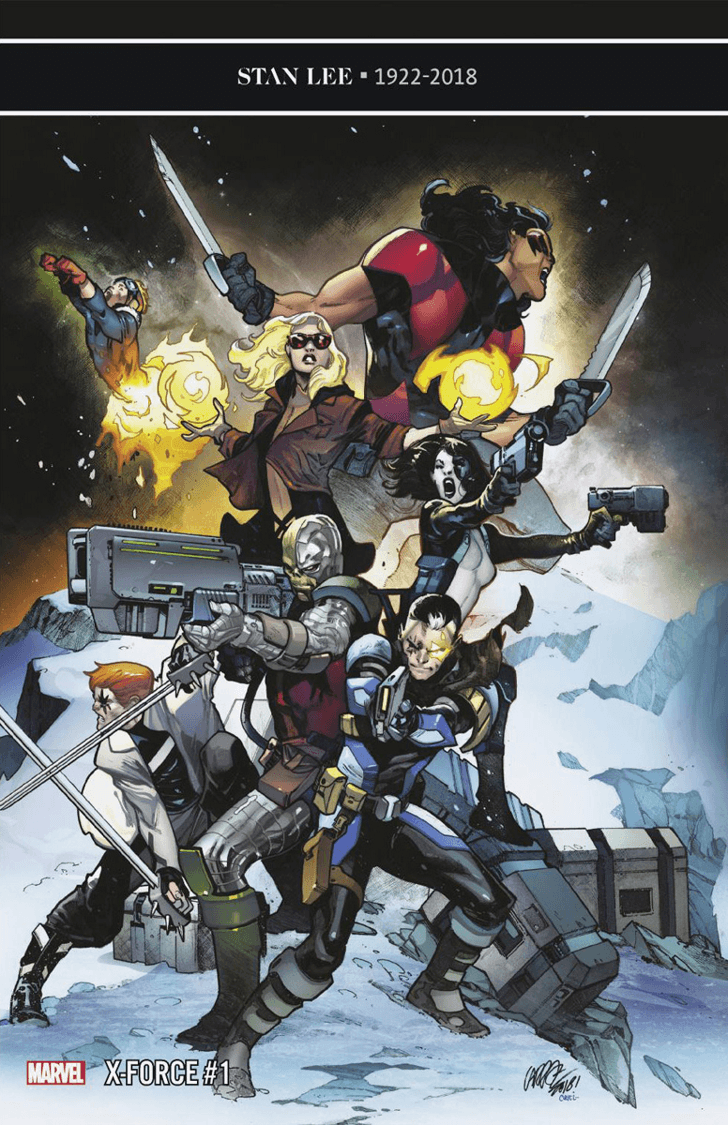 The illest mutants around return in the relaunched X-Force #1  to hunt for the assassin of their one-time mentor and former leader the Askani’son himself Cable.  Harkening back to the team’s roots, the roster features Domino, Warpath, Cannonball, Shatterstar, and Boom Boom…kinda. In the aftermath of the Extermination event that saw Cable murdered by his younger self for failing to protect the timeline, X-Force reunites for the sole purpose of hunting down “Kid Cable” for some proper vengeance.  Uatu help anyone who stands in their way. 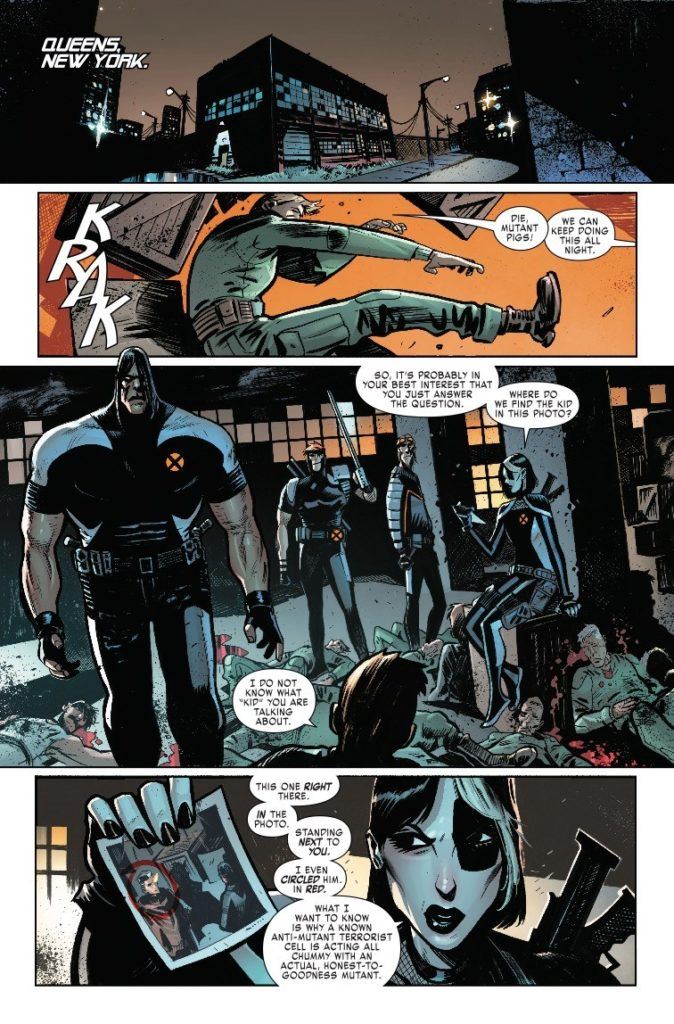 After shaking down a safehouse of Romanian arms traders, X-Force learns that Kid Cable has been stockpiling a lot of weapons from the nation of Transia.  He has not quite learned how to express himself or his intentions yet, so Nathan Summers’ former mentees want answers and/or blood for the death of their leader.  Meanwhile in Transia, Kid Cable himself infiltrates a military science complex in order to retrieve his captured spy – the psychotic cyborg Deathlok.  Unbeknownst to Kid Cable and X-Force, Transia has been running a secret genocide against its mutant population while projecting a public facade as a safe haven.  As the military takes over executive power in a violent coup, X-Force plays the convenient patsy for an open war on the country’s mutants.  (Stick around after the main story ends for a fun backup story called “The Big Sleep In” explaining why Boom Boom is MIA.)

Based on the exact title alone, this incarnation is Volume 5 of X-Force proper with previous volumes debuting in 1991, 2001, 2008, and 2014. That logic goes out the window when considering the volumes for Uncanny X-Force and Cable & X-Force.  The question remains to be answered by the legacy numbering in the coming months if/when Marvel resumes its normal cover bordering format following the elegant Black Band tribute to Stan Lee for all December releases.  Legacy numbering or not, each iteration carries its own distinct tone – the Liefeld days were panels of small feat, big vests, and big guns in Surge fueled action; the Peter Milligan and Mike Allred run were surreal cultural satire that introduced the world to Doop; and notoriously, Rick Remeder’s Uncanny X-Force run featured a plentiful and diversely skewered body count.

Overall, the first issue of the relaunched X-Force ticks a lot of boxes for X-Force fans – ultraviolence, dark humor, and zero tolerance for hatemongers. The group roster is a mixture of former New Mutants/OG X-Force members with Kid Cable and Deathlok rounding out the mix.   Writer Ed Brisson handles the voices of each character with care and distinction, allowing for moments to highlight all of their personalities. After a brief run on the previous volume of Cable that was plagued by constant creator swapping, Brisson will now hopefully hold the reins on this series long enough to develop his visceral and deceptively intricate plots. Dylan Burnett joins Brisson on pencils with a sinewy and anime-tinged style that elevates the cynical and rebellious tone of book with a distinct look amongst the other X-offerings. While the faces and group name may change in the hands of their respective creators, the real soul of X-Force is reinforced by a poignant line from Domino –

“…Most mutants are good people. Like the X-men. They’re trying to make society a better place. They’ve dedicated themselves to saving lives. We, however, are not most mutants. We’re the mutants you’re terrified of.”

Get all your X-Force reviews right here.