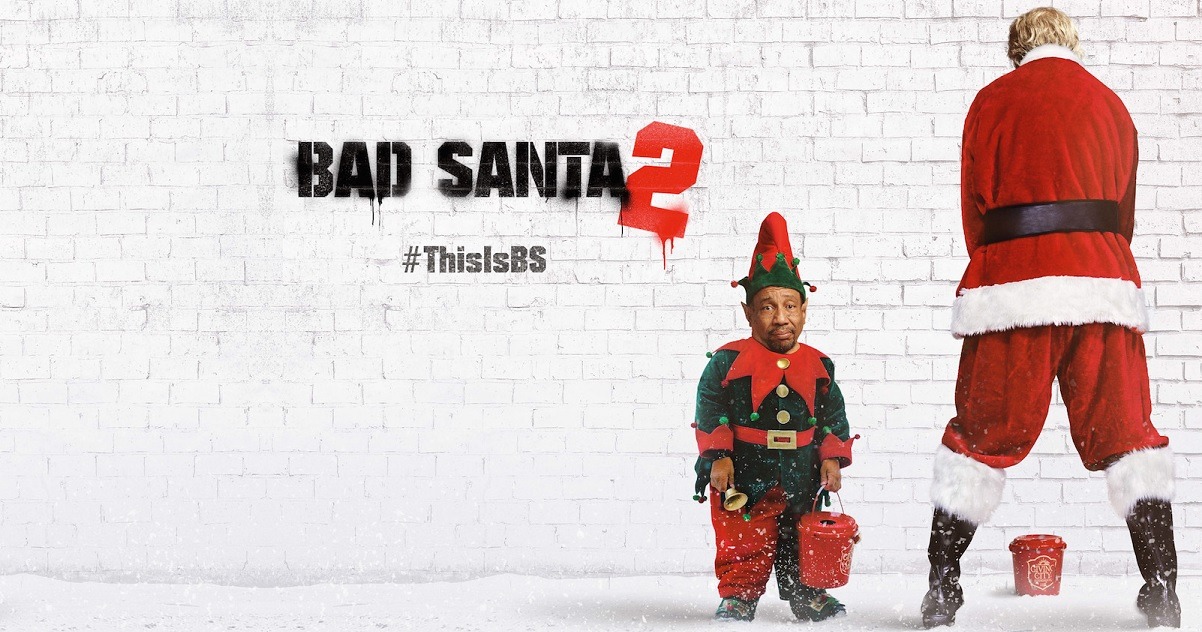 There are a lot of things I didn’t ask for: I didn’t ask for the rise and fall of Nickleback. For a white kids music video cover of Fetty Wap’s Trap Queen. For Florida. I sure as shit didn’t ask for a sequel to the classic raunchy, but brilliant 2003 Christmas comedy Bad Santa, starring Billy Bob Thornton and Tony Cox. I sighed and noped my way into the theatre with zero hopes and low expectations. I suppose I should be grateful that I never felt the need to walk the fuck out the theater during the showing.

First things first, this sequel didn’t need to happen. Unlike all the other cloned, watered-down, back door shitty actors-having sequels that immediately go straight to DVD, for whatever reason, Billy Bob decided to put the Santa suit back on for one more ride for a big theater release.

These types of films should be reserved for the passé, washed out, don’t know when to take a break kind of actors. Instead, we got a talented cast in this. Tony Cox returns, as well as BB taking the lead, and Academy Award-winning actress Kathy Bates joining the team. Bates plays Billy’s shit-talking mommy dearest with an even rougher past that Thornton’s character. And of course, the infamous Thurman Merman (actor Brett Kelly) returns as a (surprise surprise) professional sandwich maker with a penchant for following his dandy Santa everywhere.

From start to finish, the film lazily transitions from scene to scene. It’s choppily edited, and it overall lacks the magic its predecessor had. The majority of the environments in which the filming took place also looked really cheap and weird, to be honest, which is an odd thing to notice about a buddy film. 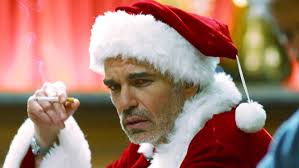 The only good thing I can genuinely say about it is that the dialogue and scenes between Cox, Bates, and Thornton were actually pretty good. Bates and Cox were clearly committed enough to their roles, and that showed. However, it wasn’t enough to free itself from the boring plot, cringe-worthy appearance of Christina Hendricks, and unimaginative cast of supporting characters. Also, why the hell is Octavia Spencer (also an Academy Award-winning actress) in this? That part of seeing Opal back in the sequel definitely blew my mind (and not exactly in the best way). The racist and ableist humor was also a no-go for me; it seemed like a really desperate attempt to launch the audience into this “no holds barred” type of film, but it came off as a frat boy’s pathetic attempt at getting people to like him.

Overall, while it’s not as bad as I thought it would be, Bad Santa 2 is in no way a good film. Watch it drunk with friends online or something, but be prepared to switch to something more entertaining. Like a video about sloths. Or C-SPAN.